so·cial·ism /ˈsōSHəˌlizəm/ a political and economic theory of social organization which advocates that the means of production, distribution, and exchange should be owned or regulated by the community as a whole. 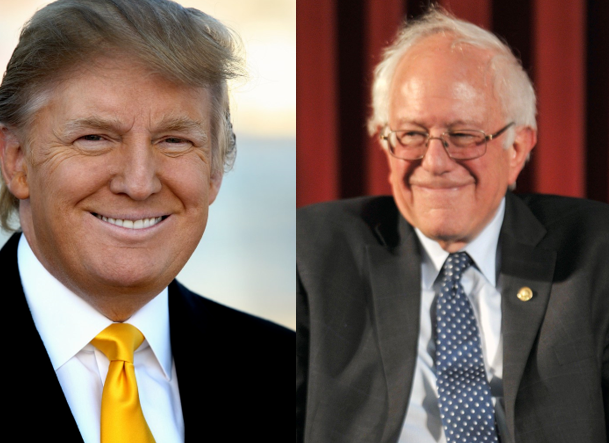 Quiz question: Which of the men pictured above advocates for socialist policies?

Now, that might surprise you. Not about Senator Bernie Sanders, of course. He is a self-avowed socialist. The news is that Donald Trump — whose re-election campaign is about to spend millions of dollars decrying socialist schemes like Medicare for All — is not much better, if recent news is to be believed. The news comes courtesy of Bloomberg, which is reporting, “The Trump administration wants to dictate how and where global auto companies make cars and parts to secure duty-free treatment under the new Nafta.” Specifically, “The issue is being discussed between Trump administration officials, congressional staff, and domestic and foreign auto makers in the context of the legislation that lawmakers will vote on for the trade deal to take effect. The White House wants specific language that would allow it to unilaterally administer the production rules for companies.” (Emphasis added.)

Direct regulation of the means of production by the White House — the single representative of the voters as a whole. Socialism.

The “new Nafta” referred to by the Bloomberg report is the Unites States-Mexica-Canada Agreement (USMCA), the replacement for the North American Free Trade Agreement (NAFTA) that has been negotiated by the three countries and now is awaiting congressional ratification. Among the provision in USMCA is higher “regional content” rules for automobiles. Specifically, in order for cars and parts to cross borders duty-free, 75 percent of auto content must be made in North America. That can’t happen overnight, so part of the negotiation with Congress is for accompanying agreements on the transition from NAFTA to USMCA. In this context, the administration is pushing for so-called alternative staging agreements that amount to White House-approved, company-specific transition plans. That is, if you do what the White House dictates, you can get duty-free treatment.

The regional content requirements are a bad idea. They directly interfere with the historic search for supply chains that deliver cars to each of the respective markets at the lowest possible price. They will raise car prices, interfere with productivity improvements, and generally guarantee that U.S. cars are not produced only to meet the desires of U.S. car buyers. Since the regional content rules are a bad idea, any transition plan to meet them is a bad idea by association. The only reason the these “alternative staging agreements” are under consideration is that (a) the White House lacks any rudder on economic principles and (b) it is seeking to keep U.S. auto workers employed at non-economic plants making uneconomic cars. But those workers are located in states that will be important to the president in 2020.

Evidently the most capitalist part of socialism is buying votes.