The Paris Agreement and Electricity in the United States

Eakinomics: The Paris Agreement and Electricity in the United States

But there has been essentially silence on the key questions: a) How? and b) At what cost?

Fortunately AAF’s Dan Goldbeck has scrubbed the numbers for electricity generation, one of the sectors by which the NDC is organized. Specifically, he examines one potential regulatory scheme, a successor to the Obama Clean Power Plan referred to as Clean Power Plan 2 (CPP-2). The bad news is that in the absence of legislation and new authorities, the administration is, in practical terms, largely left with existing regulatory powers. Those powers alone, however, will not reduce emissions sufficiently to meet the NDC’s goal for this sector. The worse news is that “practical ability, limited legal authority, rulemaking timelines, and potential litigation will further complicate achieving even the estimated reductions that CPP-2 could provide.”

How does one arrive at this bottom line? The first step is to realize that electricity is a really big part of emissions – 25 percent, second only to transportation. 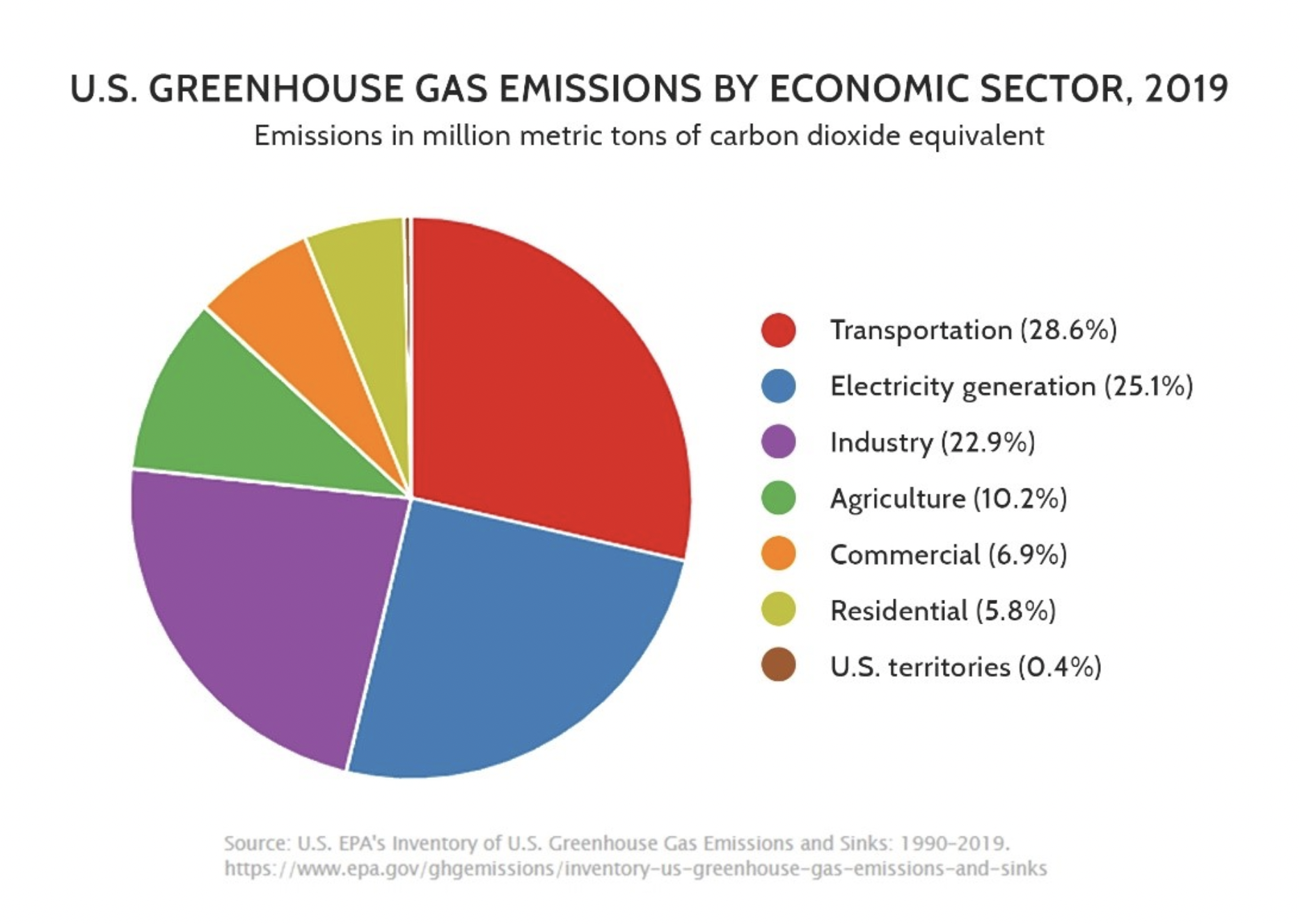 The second step is to know that the administration has a very ambitious goal – “100 percent carbon pollution-free electricity by 2035” – because with the electrification of autos, trucks, and more the sector will get even more important.

Goldbeck makes the reasonable assumption that Congress will not pass new legislation to control GHG emissions; the administration will have to go it alone using its regulatory authorities. The CPP-2 is developed in the Natural Resources Defense Council’s (NRDC) comment for the record regarding the Trump Administration’s replacement for the CPP, the “Affordable Clean Energy” (ACE) rule. It is the plausible outer bound for the current regulatory authorities.

As it turns out, under the CPP-2 carbon emissions reach a level of roughly 910 million metric tons of carbon dioxide (MMTCO2) in 2035. This is 270 MMTCO2 below the current expected emissions, but far from the target of zero. And even reaching this level, compliance costs are in the $6 to $13 billion range.

In short, it is a very expensive way to not meet the target. And it also may not be legal. “In 2016, the Supreme Court granted a stay against the Clean Power Plan, concurring with petitioners that argued EPA did not have the legal authority to issue such a regulation.”

Joining the Paris club and setting out the targets garnered the administration a lot of praise. Now comes the hard part.

The European Union's General Data Protection Regulation has cost 3,000 to 30,000 new jobs due to the decreased investment and startup activity.

Inversions and the Global Minimum Tax

In the early 2010s, it seemed there was a parade of major firms announcing their intention to escape a U.S. tax code that had gotten substantially out…