Policy makers are rightfully concerned about the rising costs of prescription drugs. The development of new drugs with treatment costs exceeding $50,000 as well as sharp increases in generic drug prices has brought high prescription drug prices into focus. However, it is important to understand these prices in the larger context of American health care. Historically, expenditures on retail prescription drugs has never far exceeded 10 percent of all spending on health care, and despite the recent wave of expensive drugs, is not projected to in the future.[1] Throughout the 1960s and 1970s, the United States spent a progressively smaller amount of health care dollars on drugs, which is largely a result of advances in inpatient hospital treatments. This period was followed by an increase in drug spending relative to other health care services as the pharmaceutical innovations accelerated and solidified prescription medicines as an important asset in treating disease or illness. The 1980s and 1990s also saw a precipitous rise in drug spending by health insurance, as drugs became more commonly included in insurance plans. Since 2001, prescription spending has consistently accounted for 9 – 10 percent of total health care spending and has been declining as a percentage of spending by private health insurance issuers. Expensive pharmaceutical treatments are an important issue for policy makers to address, but they are not the sole culprit in our nation’s ballooning health care spending. 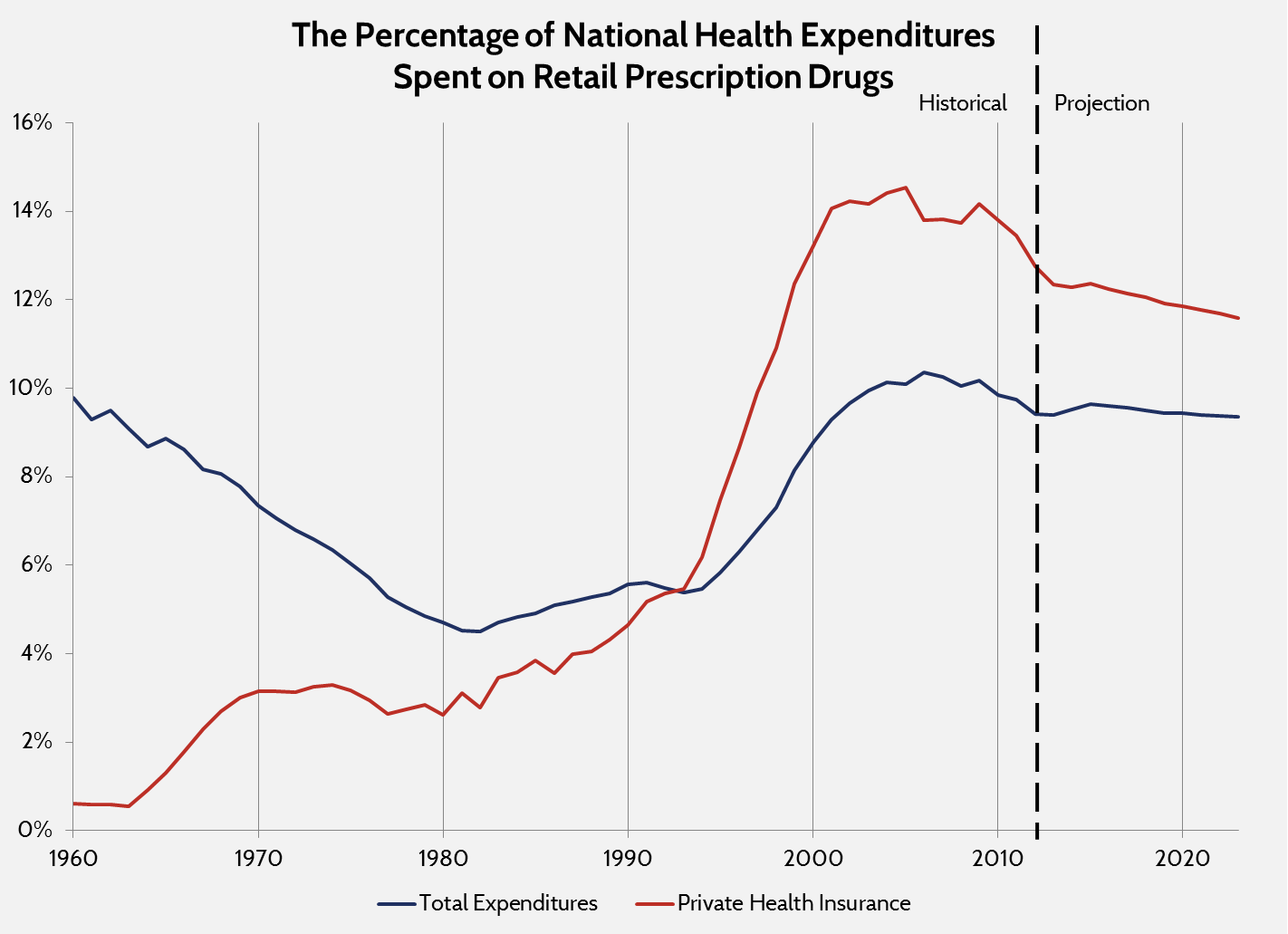