Improper drug use, and the negative health effects of such, has been of increasing concern over the past several years. In 2012, of the approximately 36 million young adults in the U.S. aged 18-25 in the U.S., more than one third reported binge alcohol use and one fifth reported illicit drug use in the past month.[1] The total number of emergency room (ER) visits caused by problems or complications from using drugs (both legal and illegal, prescribed or otherwise) reached nearly 5.1 million in 2011, an increase of 88 percent from 2004.[2] ER visits following use of pain relievers—responsible for 23 percent of all ER visits due to drug use in 2011—increased 126 percent, with oxycodone and hydrocodone accounting for 46 percent of that increase. ER visits for non-alcohol illicit drug use only increased 19 percent. ER visits for users of antidepressants increased 55 percent, while ER visits due to use of anti-anxiety medicines increased 126 percent. At the average charge for an ER visit in 2013 of $1,233, the cost of these visits would total nearly $6.3 billion.[3] 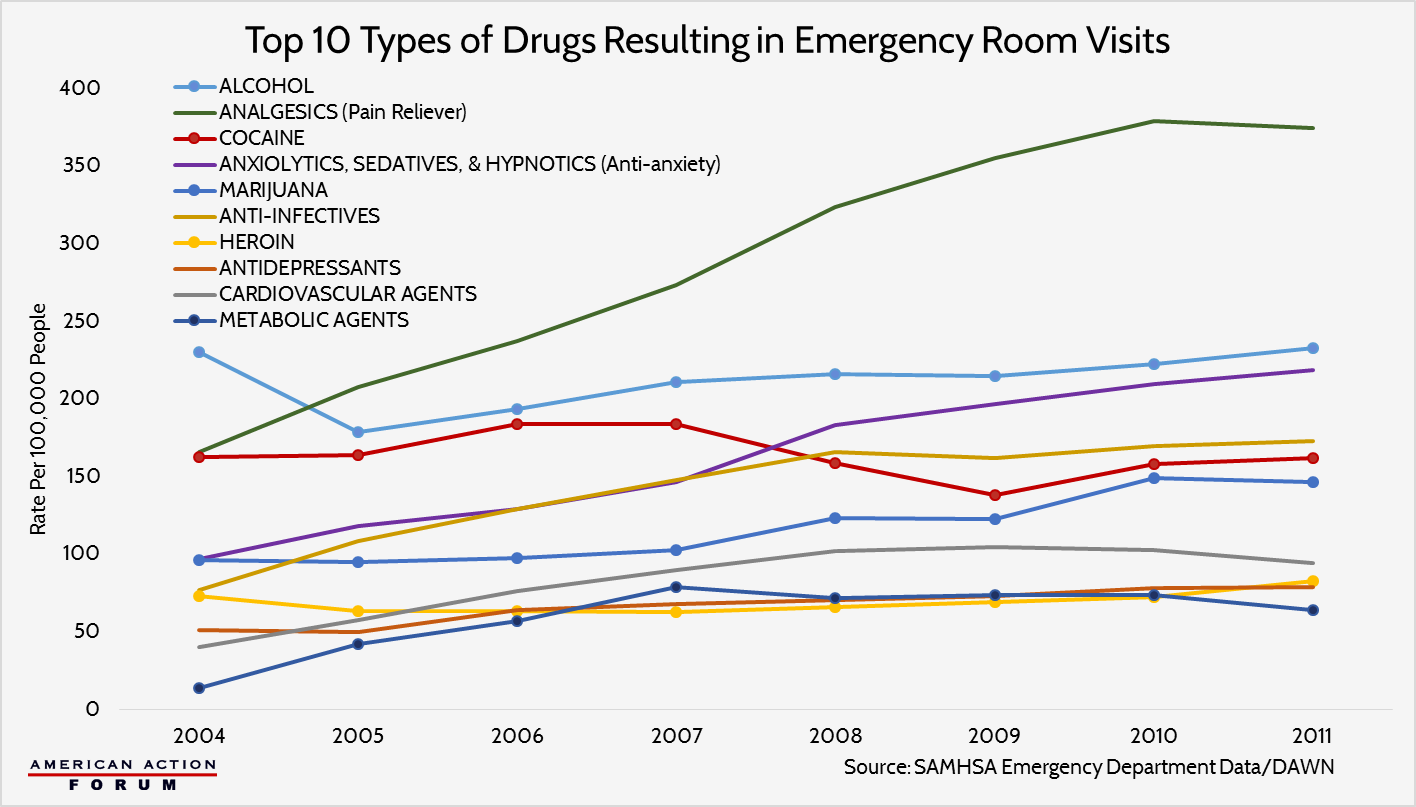 Drug-Pricing Reform and the CARES Act