A JOLT to the Labor Market – Workers Quitting

The financial news is filled with stories about workers quitting their jobs, most recently about the November record of 4.5 million workers leaving their employers. In the official data, these findings are found in the Job Openings and Labor Turnover Survey (JOLTS) conducted by the Bureau of Labor Statistics (BLS) each month. A taste of these data is shown in the graph below, which shows quits behavior from 2011 (when the survey began) through November 2021.

The orange line (right axis) measures the total number of quits (in thousands), where the 4.5 million quits in November are discernible at the upper right. The blue line displays the quit rate – the percentage of employed workers that quit their jobs. The main lesson from the chart is that in all sorts of labor market conditions – the long slog out of the Great Recession that began in 2011, the sharp contraction of the pandemic recession in 2020, and the recent rapid recovery in 2020-21 – either quits or the quit rate tells essentially the same story. 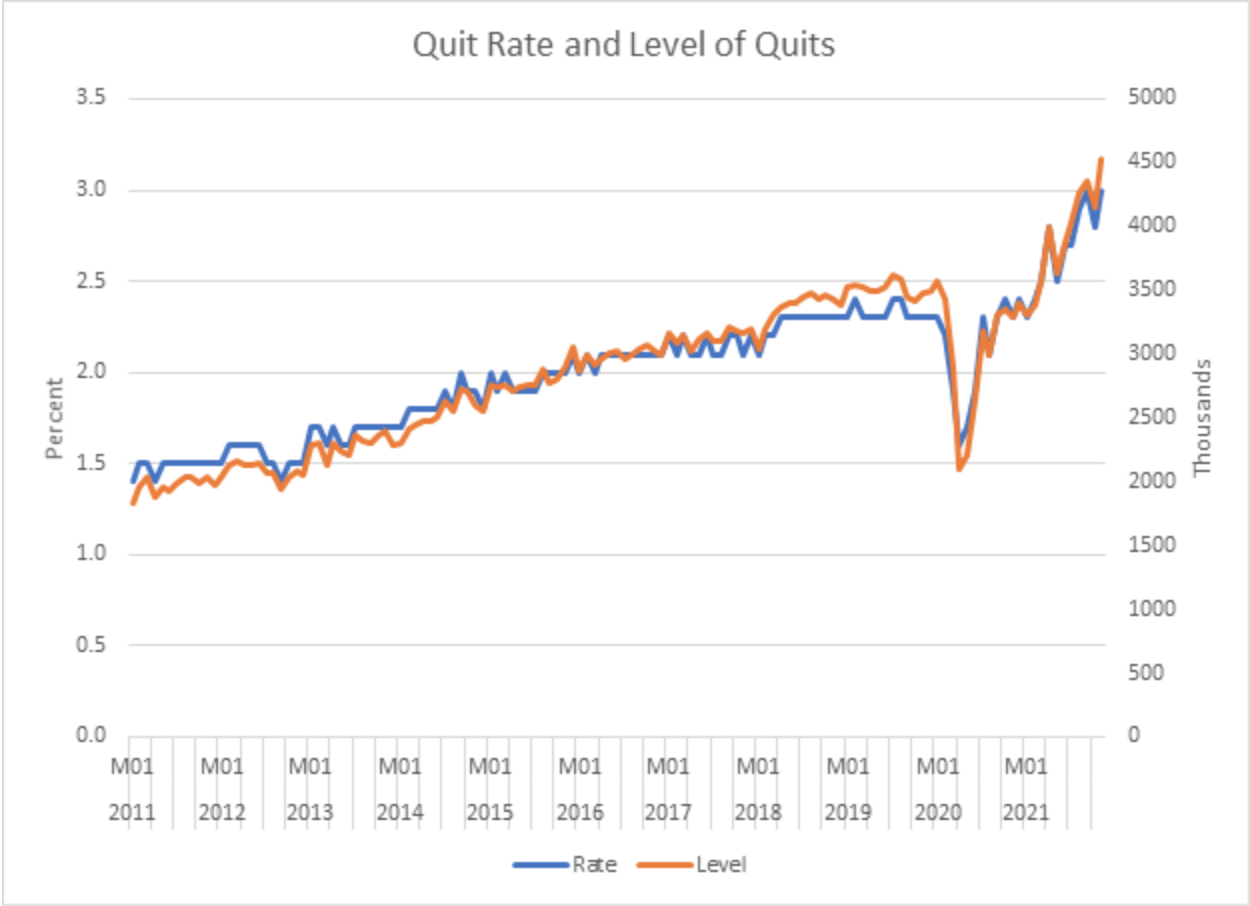 And what is that story? Well, at present, there are a lot of conjectures floating around. At the peak of the stimulus payments, there was conjecture that people were quitting to live on their checks. There is also anecdotal evidence of early retirements and reallocations as people moved to new locations during the pandemic. There is a lot of chatter about people re-thinking their priorities and quitting for a job that has a better “fit” in light of pandemic lessons learned.

But the main story is likely to be much simpler. People quit when the labor market gets tight enough that employers are competing for workers and offering more – more wages, more benefits, more flexibility, more whatever – in order to hire them.

There are many ways to see this in the data. A simple one is shown in the graph below, which shows the number of quits (orange line, left scale) and the broadest measure of labor market slack – the U-6 comprehensive measure of unemployment and underemployment. The graph tells a straightforward story. As the economy plodded out of the Great Recession, the U-6 slowly declined from in excess of 15 percent to a near-record low of 6.8 percent just prior to the pandemic. Over the same period, quits rose at a steady, upward pace from below 2 million a month to just over 3.5 million. 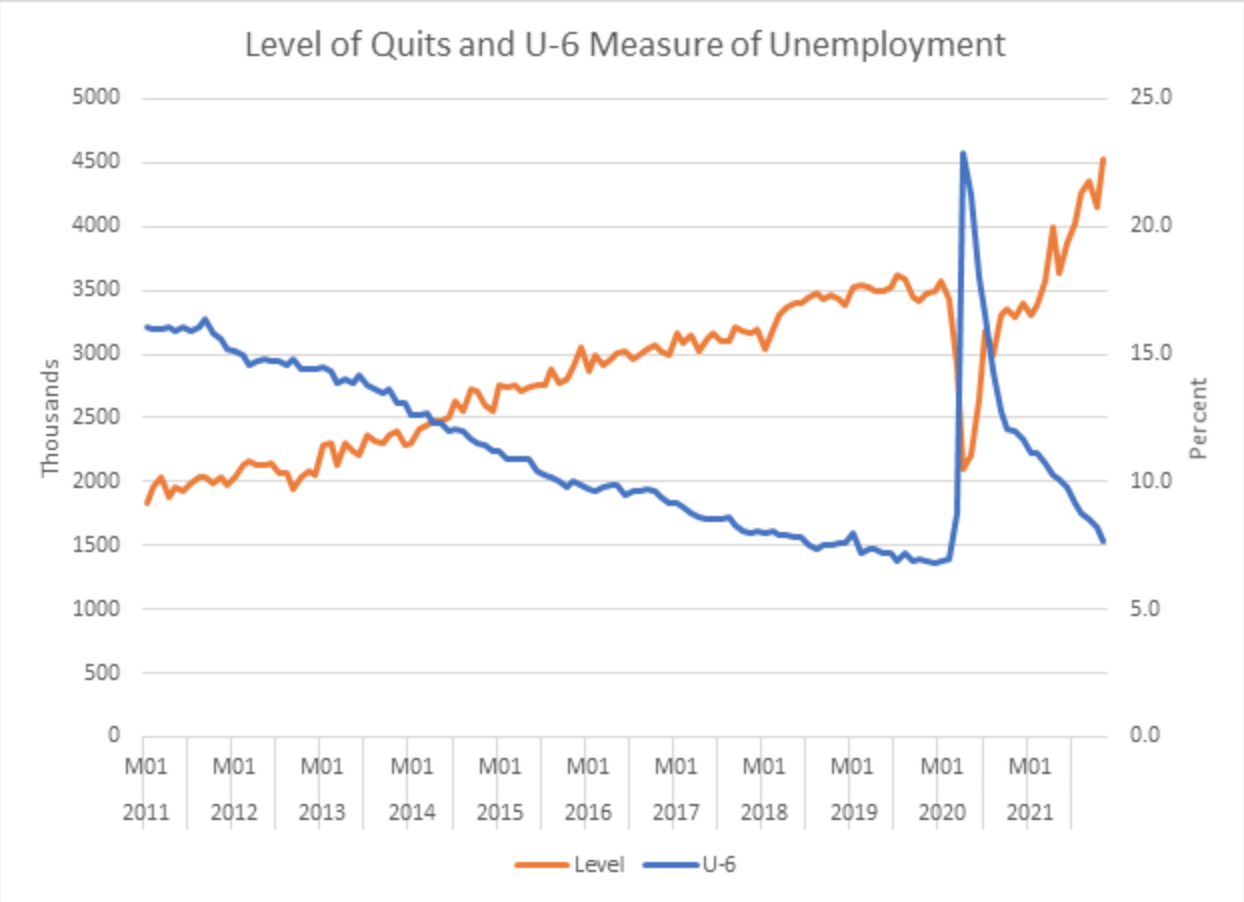 The bottom fell out of the labor market in March-April 2020, and quits plummeted at the same time. Since then, the labor market has steadily tightened – the U-6 is approaching record territory – and, unsurprisingly, quits are also setting records.

For each individual, there may be a deeper story of pandemic discontent, rediscovered love of art history, a desire to avoid the stop-start nature of pandemic public schools and stay home with the kids, or a million other influnences. But from the perspective of macro policy and the labor market, the answer is simple: People are quitting because they can find another job.

Across all rulemakings this past week, agencies published $443.8 million in total net cost savings but added 86,829 annual paperwork burden hours.