Today the Bureau of Labor Statistics (BLS) will release the December report on the Consumer Price Index (CPI). By the numbers, the 2021 track record to date is not very pleasant. In January 2021, year-over-year CPI inflation stood at 1.4 percent. By November, it was running at 6.8 percent. Even worse, the year-over-year composite inflation for food, energy, and shelter – over 50 percent of the typical family’s budget – is up from 1.5 to 8.5 percent.

If market expectations are correct, the CPI will rise 0.4 percent in December (from November) and “core” (non-food, non-energy) CPI will rise by 0.5 percent. Those outcomes would mean that year-over-year CPI would close out at 7.1 percent for 2021.

Inflation has become a potent political issue. Another monthly rise in headline inflation will be a headache for an administration that has turned to poll-driven demagoguery against big corporations as their “explanation” for inflation – to the evident embarrassment of the economically literate Treasury Department.

There is a simpler explanation for 2021’s rapid inflation. It starts with the recognition that global labor market disruptions have tangled supply chains in the United States and elsewhere and reduced the effective aggregate supply. Given “normal” (for a pandemic, that is) demand conditions, this might produce some inflation. Indeed, this was essentially the administration’s argument for months: “We didn’t do it. It just happened.”

If that were true, then the pick-up in inflation would be the same across the globe. As shown in the chart below, consumer price inflation did pick up in Europe (and a similar chart exists for Asia, etc.). Inflation was about 1 percent in the 1st quarter of 2021, and then rose about one percentage point each quarter to close at 4 percent in the 4th quarter. (Data for only the first two months of the 4th quarter were available for this graph.) The United States looks very different, however, so something else must be going on. Rather than a smooth rise, inflation jumped from 1.9 percent in Q1 to 4.8 percent in Q2, before accelerating more smoothly and slowly the remainder of the year.

It just so happens that the bloated $1.9 trillion American Rescue Plan (ARP) passed in March 2021, and the checks and other stimulus poured out of the Treasury in the 2nd quarter. When combined with extremely lax monetary policy, excessive demand in a world of restricted effective supply was the recipe for uniquely high, made-in-America inflation. It was a flat-out policy error by the administration.

It will fall to the Federal Reserve to control demand and address the problem. First, the bond and mortgage-backed security purchase will cease, followed by rates beginning to rise. It is an unenviable problem: too much restraint and growth will falter or go negative; too little and inflation remains the bogeyman.

Today we find out just how high inflation will be as the Fed begins to address the inflation challenge. 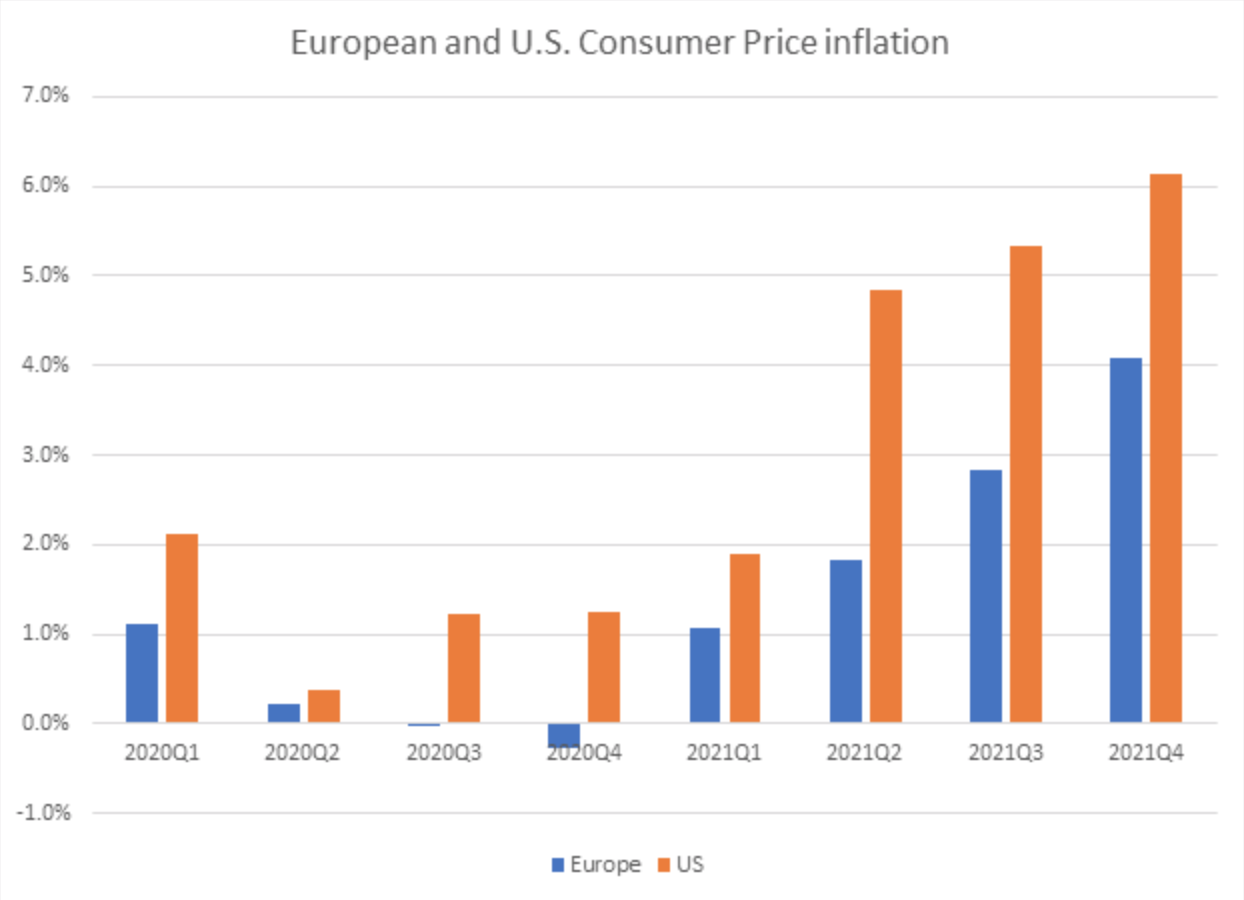 The unemployment rate fell by 0.3 percentage points to 3.9 percent in December.

Not Ever, but Especially Not Now

Eakinomics has spilled a lot of electro-ink on the various incarnations of the Build Back Better Act (BBBA, currently going by That Which Shall Not Be…

Inflation redistributes from lenders to borrowers, hits some families harder than others, and varies in its pace and duration. But it uniformly makes politicians…

The Bureau of Labor Statistics (BLS) yesterday released the Consumer Price Index (CPI) data for April and CPI inflation came in at 8.3 percent over the…