Yesterday was the second Tuesday of April, so the Bureau of Labor Statistics released the Consumer Price Index (CPI) report for March. This is the Eakinomics March inflation update.

The hits just keep on coming, as inflation is at 40-year highs. Year-over-year CPI inflation rose from 7.9 percent in February to 8.5 percent in March, while the “core” inflation (non-food, non-energy) edged up from 6.4 percent to 6.5 percent. As shown in the chart (below) inflation has steadily risen since January 2021, when it was 1.4 percent. The combination of food, energy, and shelter – over 50 percent of the average family budget – is rising at a 9.4 percent annual rate. Shelter inflation, one-third of the budget by itself, is now rising at a 5.0 percent annual rate – 2.5 times the Federal Reserve’s target rate of 2 percent. 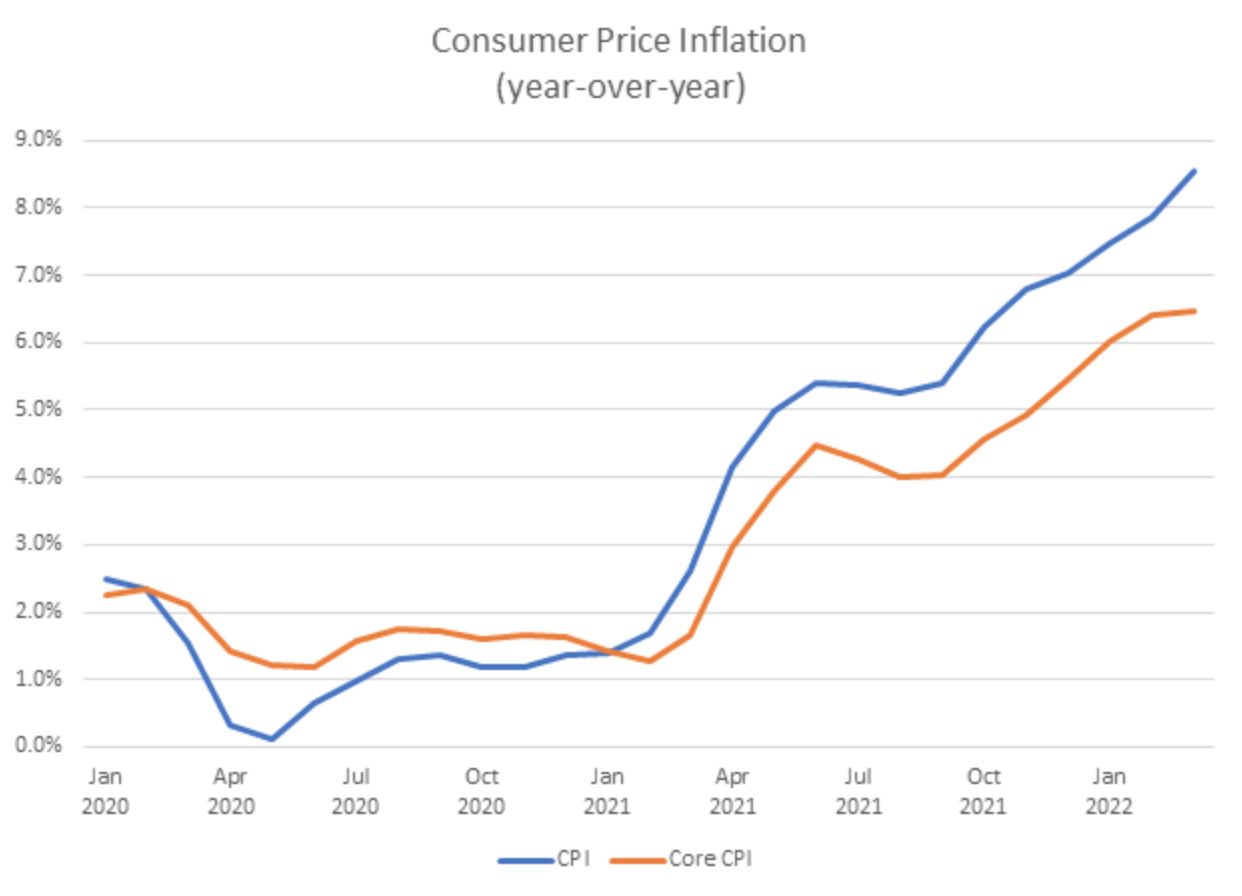 There has been considerable speculation that 2022 would see a moderating of inflation as health conditions permitted consumers to shift away from purchasing goods and back toward a greater share of services spending. The chart (below) compares CPI commodities inflation with CPI services inflation. 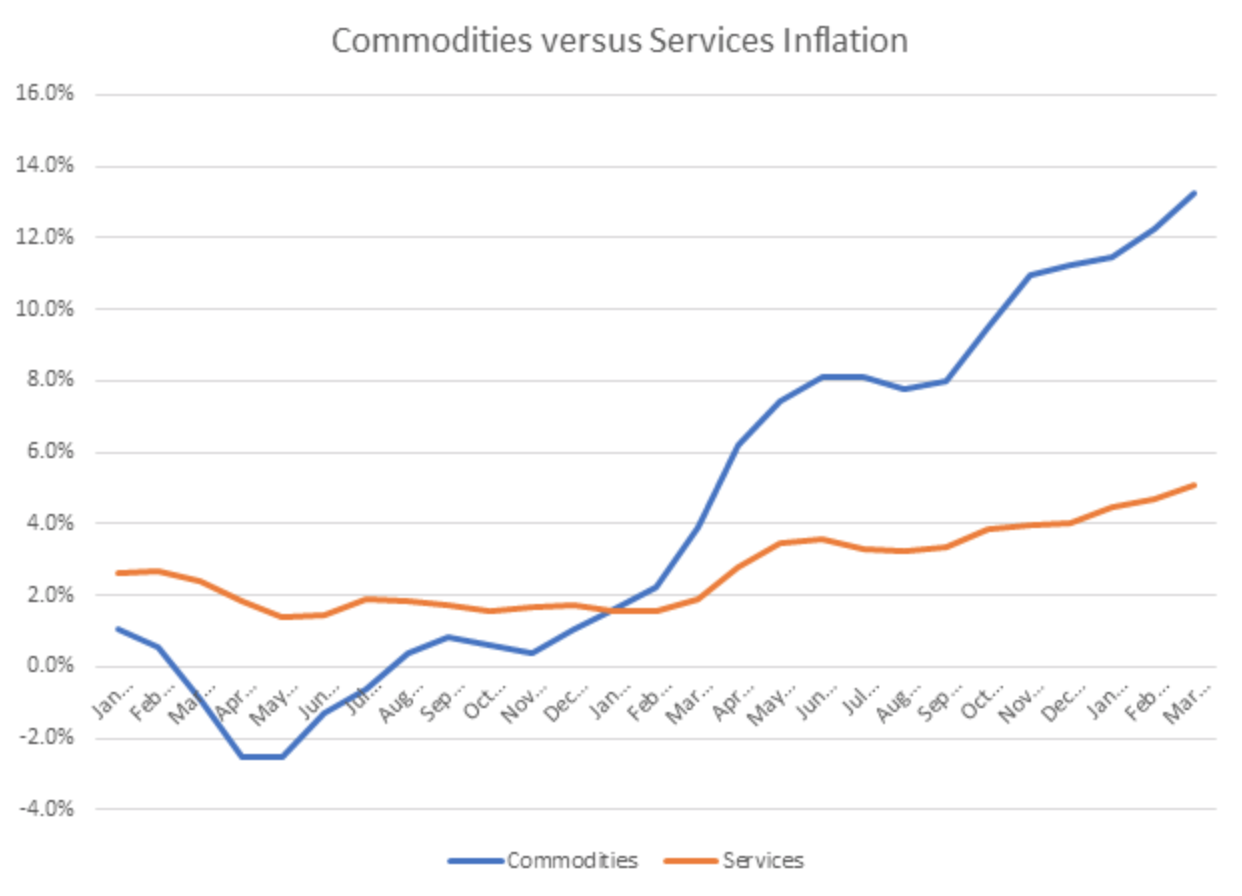 With one-quarter of 2022 in the rearview mirror, there is a clear uptick in the pace of services inflation (now up to 5.1 percent), but no sign of abating goods inflation. Indeed, the latter rose sharply from 12.2 percent in February to 13.3 percent in March.

All of this raises the question: What should policymakers do? Federal Reserve officials have been talking tough recently to convey the message that interest rates are going to be on the rise. The final chart (below) shows why. It compares the real (inflation-adjusted) federal policy rate (the federal funds rate) with the core inflation rate. That is, it compares the instrument with the problem. The gap is, currently, roughly 13 percentage points, the highest it has been since the mid-1970s when it nearly reached 18 percentage points. 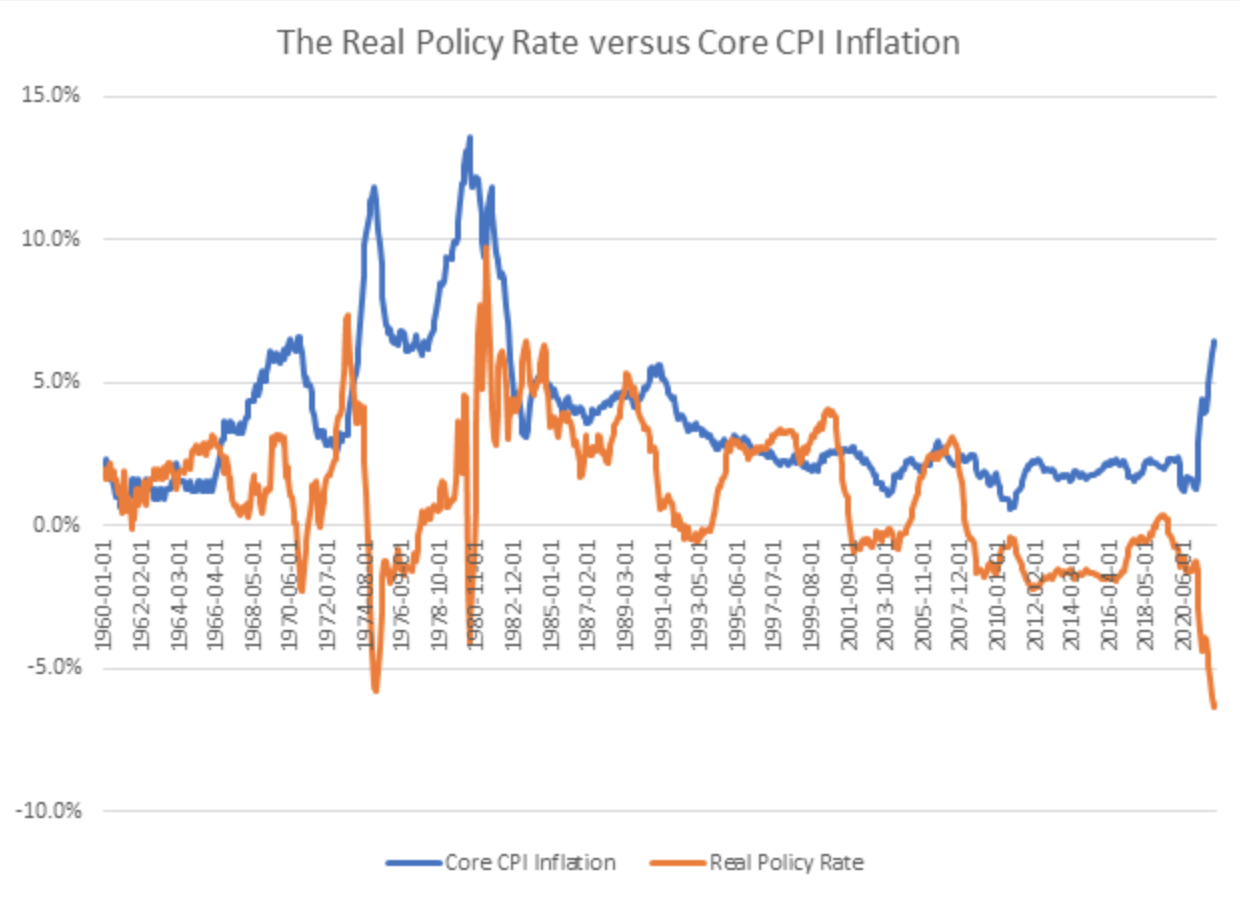 Clearly, inflation is a big, big problem and the Federal Reserve is way, way behind the curve in controlling it. Get ready for a game of catch-up over the summer and fall.

Suddenly the debt limit is everywhere. There are hyperbolic warnings of an upcoming debt limit crisis, assertions that debt limit negotiations are just…

The Outlook for Business Investment Spending

‘Tis the season of Thanksgiving, and we have much for which to be thankful. AAF thanks its supporters and readers for their continued interest. I thank…

Sometimes a news story simply takes my breath away. I was perusing the Financial Times on a slow, pre-Thanksgiving Monday afternoon when this gem – “Biden’s…