Is There a Revenue Miracle?

Eakinomics: Is There a Revenue Miracle?

The Congressional Budget Office (CBO) put out its Monthly Budget Review for September, which happens to contain its projection of the budget totals for the full 2021 fiscal year (October 2020 through September 2021). Revenues were pegged at roughly $4.05 trillion – to the satisfaction of the Wall Street Journal editorial page – and grew by over 18 percent from 2020 – inspiring breathless coverage in Politico. Both 18 percent and the increase of $627 billion are big numbers. Is this a miracle?

For perspective, the chart below shows the year-to-year percentage change in total federal revenues from 1963 to the present. There are two lessons. Lesson one is that 18.3 percent is big, but not unprecedented. Indeed, it is only the third largest one-year increase, ranking behind 1969 and 1977, respectively. Fiscal 1969 was affected by an income tax surcharge to pay for the war, while 1977 featured and increase in the alternative minimum tax and capital gains taxation. So, 2021 is the largest in the absence of a tax hike.

Lesson two is that year-to-year growth is very noisy, and a big move up or down should not be entirely shocking. Indeed, there is some reason to believe that the real story is 2020, and not 2021. If one looks at the two-year growth from 2019 to 2021, it ranks 25th. Similarly, the 3-year growth ending in 2021 ranks 31st. Since there were a variety of tax deferrals and reductions as part of fighting the pandemic, a part of the growth rate story is the reduction in 2020. 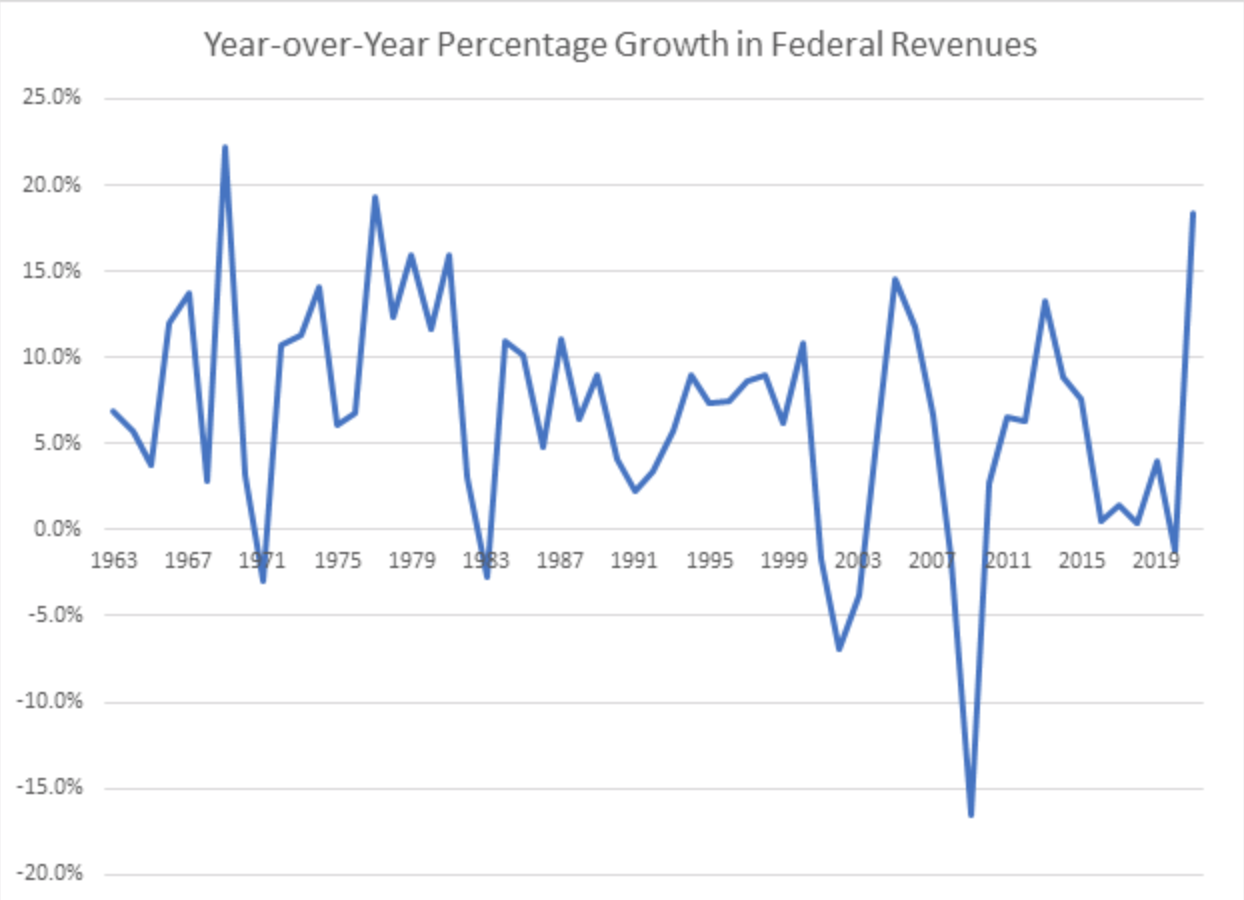 But miracles are best measured not in absolute terms, but relative to expectations. The most convenient measure of budgetary expectations are CBO’s baseline projections of federal revenues. The second chart (below) shows the baseline projection of revenues in 2021 beginning in January 2017. CBO typically produces two baseline projections each year in its January and Summer Update volumes. As the chart shows, it produced only one baseline in 2018 (April) as it took time to understand the Tax Cuts and Jobs Act (TCJA) passed in December 2017. It produced 3 baselines in 2020 as the January baseline became moot with the arrival of the pandemic and a March baseline replaced it.

One thing that stands out right away is that 2021 is beyond expectations; mildly, when compared to the pre-TCJA revenue system in 2017 estimates, but fairly dramatically when compared to any projection done after TCJA’s passage. It is even 5.3 percent ($205 billion) above the July 2021 projection. Indeed, the final for 2021 is 5 to 6 percent above any projection done for 2021 in “normal” times. And it is dramatically above what was expected during the immediate aftermath of the pandemic downturn. 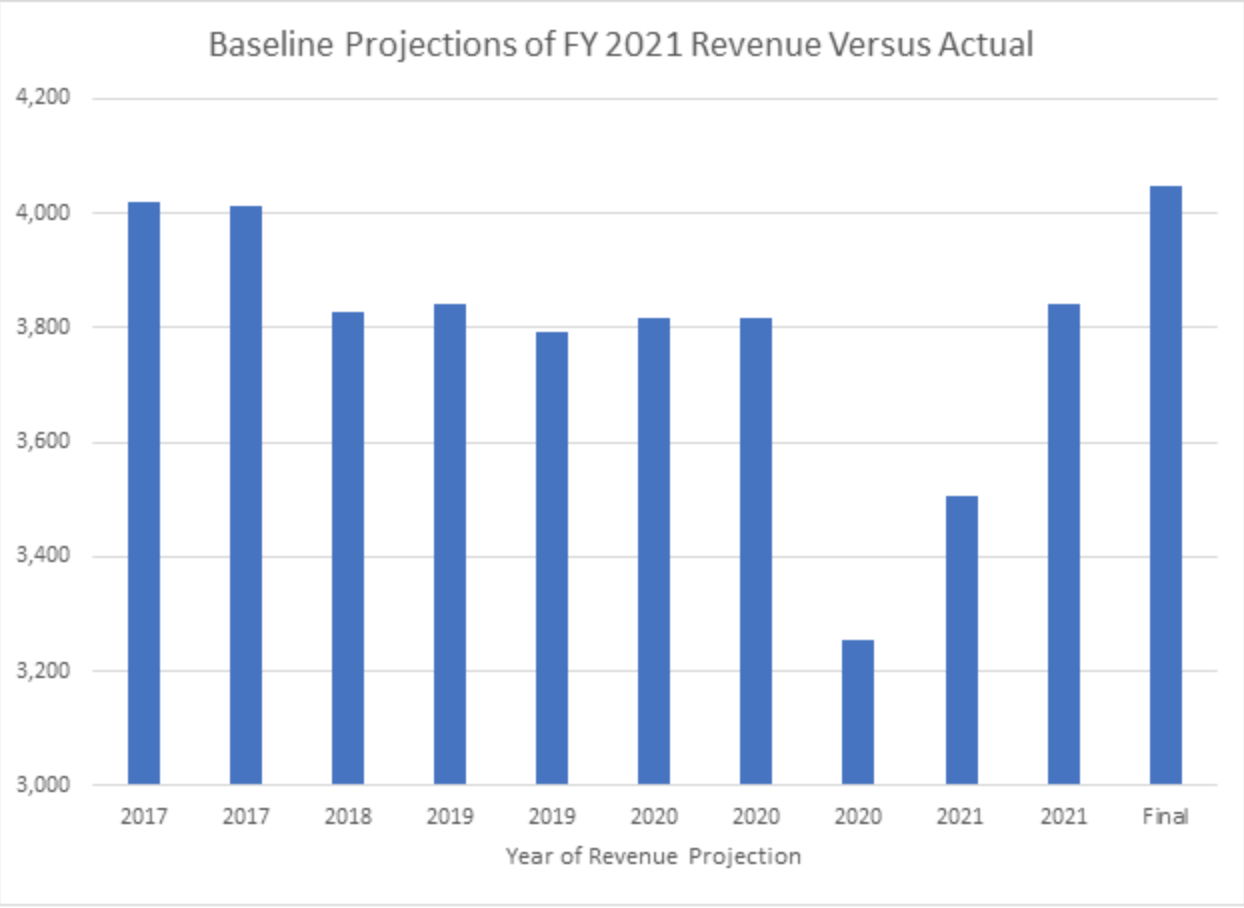 In the end, the revenue is not a miracle. The growth is a testament to tax cuts and diminished expectations during 2020. And the level is a tribute to the TCJA design that has yet to be widely appreciated.