The urgency of action is a common theme among activists for more aggressive climate-change policies. Unfortunately, the development and adoption of new technologies will take time; the feasible “immediate” actions – stop extracting coal, oil, gas, and so forth – will be so economically damaging as to stop the development of those same technologies.

The exception is nuclear power. Nuclear power is the only known zero-emissions technology. If urgency dictates quick action, the construction of new nuclear power plants would seemingly be the top priority. It is not. Why?

The first obstacle is that many pro climate-change policies candidates (notably, front-runner Bernie Sanders and his ideological wingman Elizabeth Warren) flatly oppose nuclear power. That’s incoherent, but it is what it is. The second is that even if you wanted to build a new facility, this is what stands in your way: 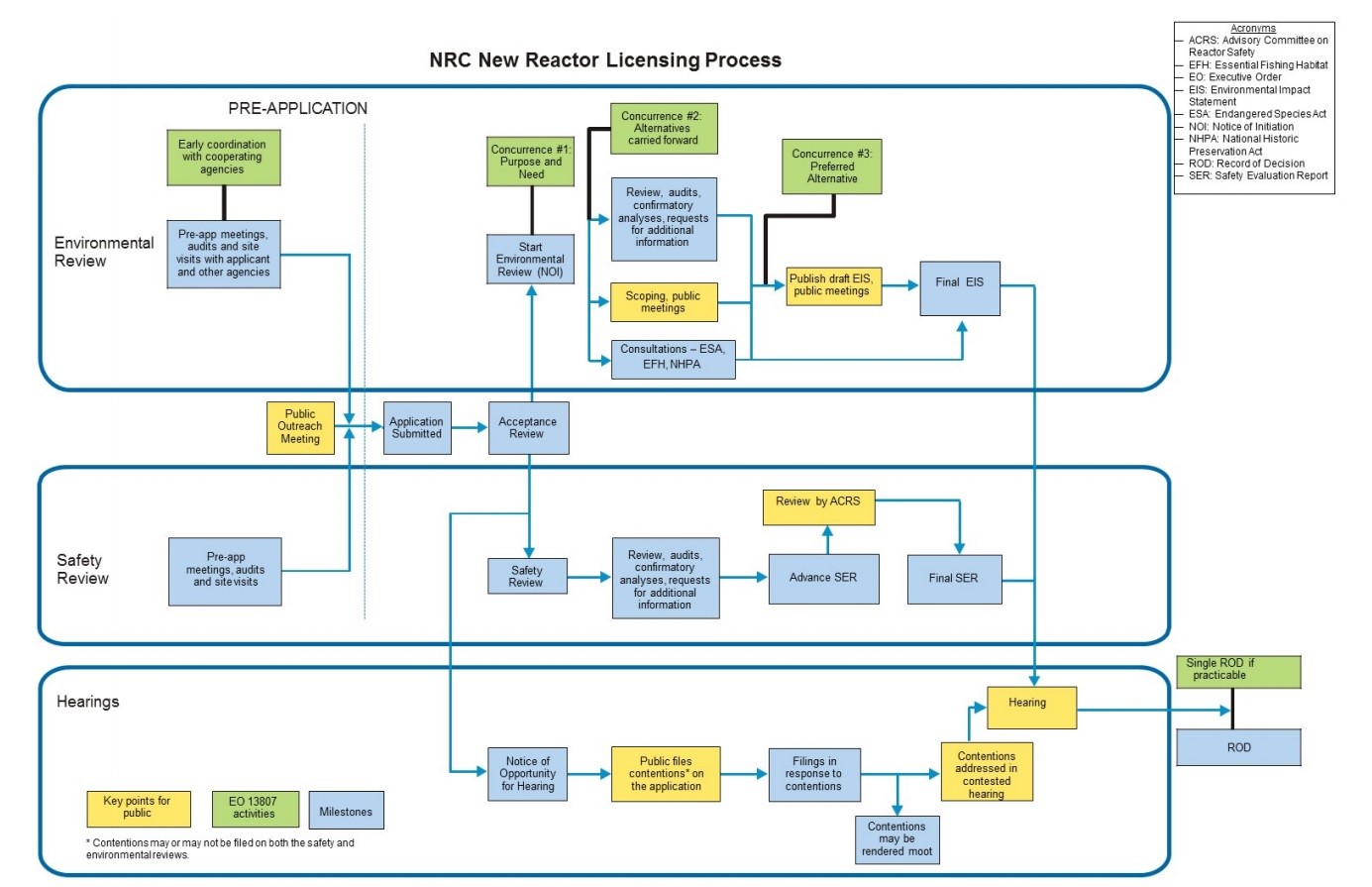 You don’t have to understand every box and arrow to recognize that getting the approval for a new nuclear power plant from the Nuclear Regulatory Commission (NRC) is a long process. But does it have to be that way?

AAF’s Dan Bosch takes a look at the issue and has three main takeaways. In his words:

It’s a sensible approach at an important time.

In 2014, 43.5 million people served as an unpaid caregiver at some point in the year.

The February jobs report was an excellent economic story quickly forgotten. With the coronavirus pandemic looming, it was reassuring to see that the U.S.…

Eakinomics: A Regulatory Shocker I haven’t been this surprised since the Clean Power Plan vanished. The Department of Transportation and the Environmental…

Eakinomics: Making CARES Work The United States needs to channel its inner Denmark, according to Emmanuel Saez and Gabriel Zucman – the People’s…