Yesterday The Conference Board reported that consumer confidence fell to a seven-month low, and respondents anticipated weaker growth going forward. Meanwhile, interest rates jumped sharply, and equity markets sold off. Why? Interest rates rise when the Federal Reserve is expected to raise rates, when inflation is expected, or when the Fed is expected to raise rates to fight inflation. These expectations were revised, in part, because Fed Chair Jerome Powell acknowledged in congressional testimony that inflation had proven to be more sustained than the Fed had anticipated.

So, what exactly is the inflation picture at the moment? Consider the graph below, which shows a variety of measures of consumer price inflation. Starting at the left is the Consumer Price Index (CPI), which has risen at an annual rate of 7.6 percent in 2021. The CPI is an indicator of the price of the average market basket of goods and services. It thus reflects the on-the-ground experience of American consumers.

Food and energy prices are notoriously volatile, so many inflation experts strip out those components to produce “core” CPI as a better measure of the underlying long-term trend in inflation. Moving to the right, this is next and checks in at a slightly more modest 5.8 percent annually.

The Fed has traditionally preferred a different index of consumer inflation, the Personal Consumption Expenditures (PCE) price index produced by the Bureau of Economic Analysis (BEA). It is shown next and checks in at 5.6 percent – roughly the same rate. Now, let’s get even pickier.

It turns out that there are some very important prices that are not observed in the monthly data. For example, a homeowner does not actually rent her house to herself. Instead, the BEA imputes a value to the owner-occupied houses based on rental rates. The next measure (“market-based PCE”) looks only at those prices that actually are observed in market transactions and are arguably a cleaner measure of on-the-ground inflation. This has risen at a 5.4 percent rate this year. The final measure is to look at market-based PCE without the volatile food and energy components. This “core” measure has risen at a 4.7 percent annual rate thus far in 2021.

Using steadily more refined measures still yields an inflation rate that is more than double the Fed’s target of 2 percent. 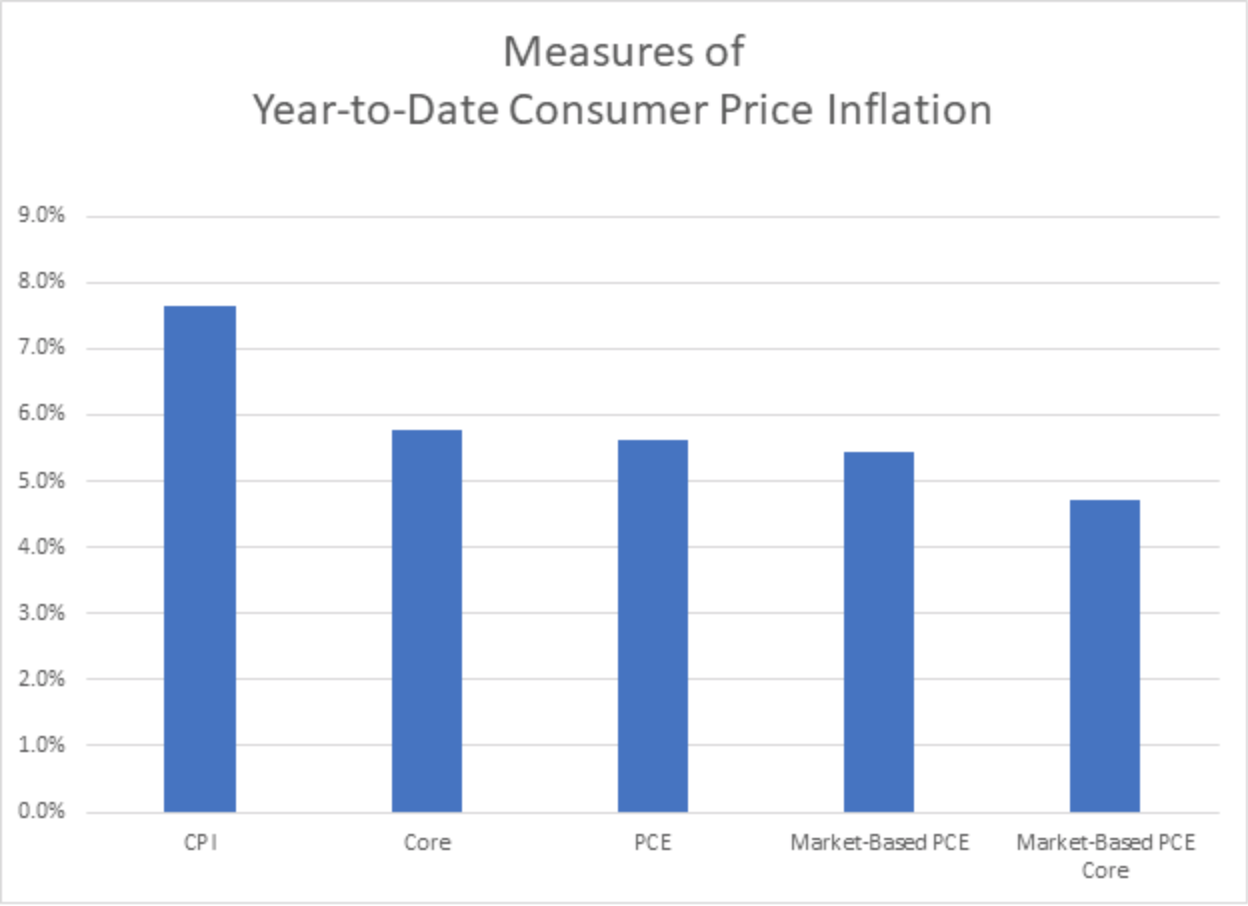 The argument from the Fed and White House has been that this will dissipate. Perhaps, but how fast? The big difference between inflation now and the modest inflation over the decade up to 2020 is goods price inflation.

Turning to the next graph, there is little to suggest that inflation pressure on goods prices is going to disappear quickly. The graph shows three measures of producer price inflation ranging from final goods, to intermediate goods, to raw commodity inputs. In every case there is double-digit inflation which rises as one moves earlier in the production process.

The message in this graph is clear: There will be continued supply-chain upward pressure on prices. 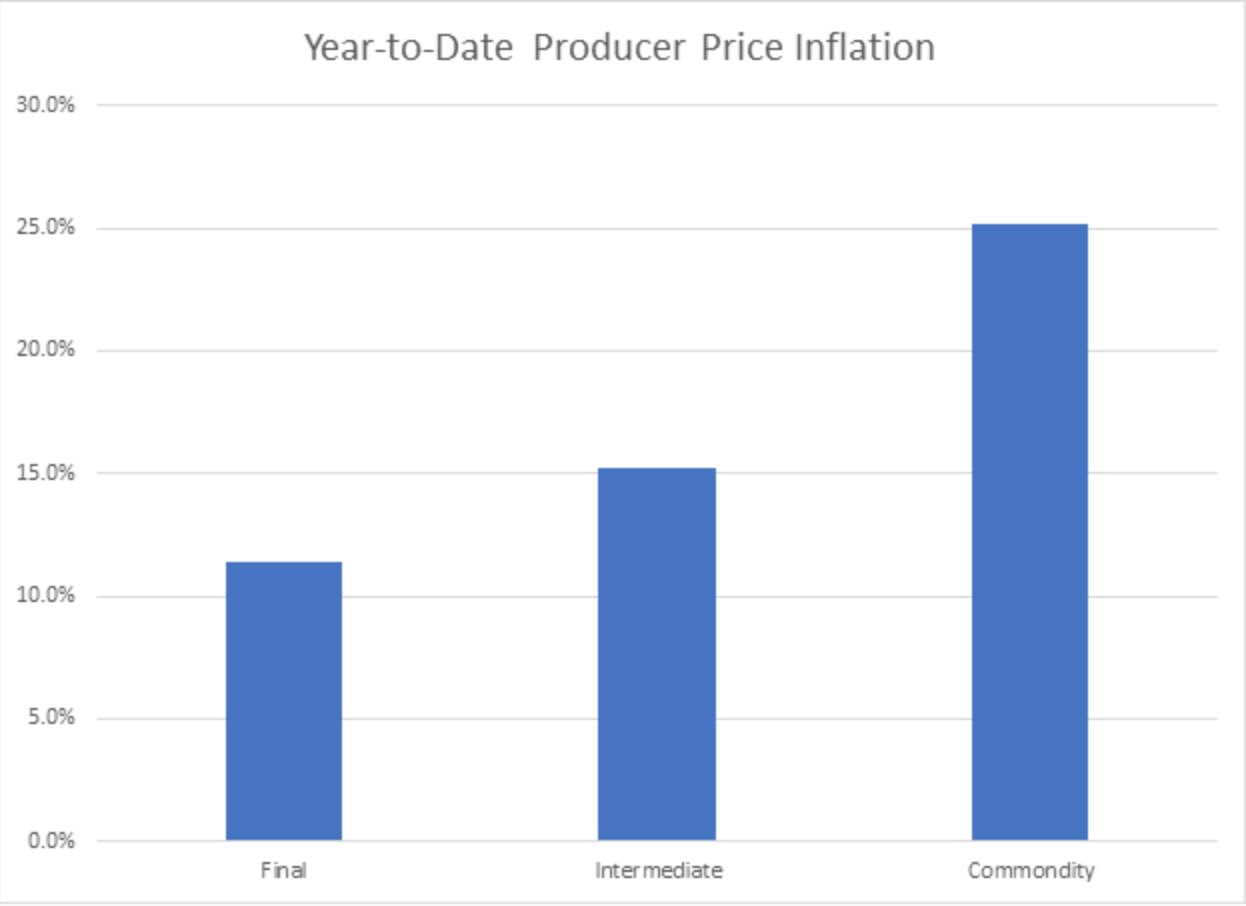 Inflation is back and looks like it wants to stay for a while. This will force interest rates higher to compensate for the loss of purchasing power and will accelerate the Fed’s departure from ultra-loose monetary policy.