On tax day, the American Action Forum (@AAF) analyzed the burden of the nation’s broken tax code for individuals. The AAF research finds the individual income tax generates 199 forms, requires Americans spending 2.6 billion hours filling out these forms, and spending $33.6 billion to comply. These figures are staggering for the 150 million Americans that file taxes.

The AAF analysis also found that:

NOTE: AAF also released an insight on how government spending far exceeds revenues, which can be read here. 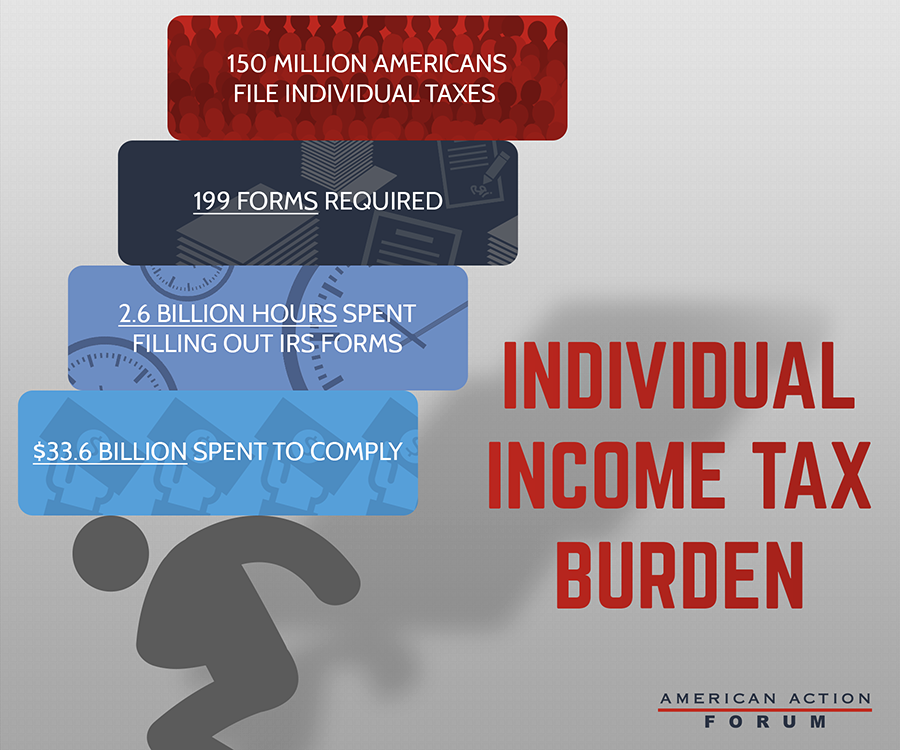