While Republicans criticized President Obama for his assertion of executive authority, President Trump has prominently made use of these same powers, most notably around immigration. AAF’s Senior Regulatory Policy Analyst Dan Goldbeck examines the number and rate of direct executive actions President Trump and the last three presidents have issued. President Trump is currently on pace to exert this direct authority more than any of his three immediate predecessors, he finds. 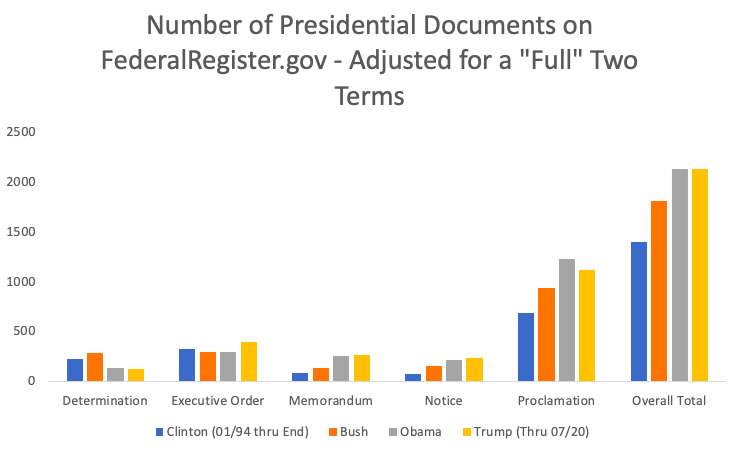 Projecting out at the current rate, Trump would narrowly edge out Obama for the overall lead at 2,136 actions to the latter’s 2,132. Further, Trump is on pace for 399 Executive Orders, which would be at least 60 more than any of the other presidents.

As the debate around the House-passed Build Back Better Act (BBBA) continues, it is useful to determine whether the bill’s spending provisions would…

The Community Reinvestment Act (CRA), a 1977 law designed to promote financial inclusion by requiring banks to provide services to low- and middle-income…

Elon Musk’s purchase of Twitter has amplified the already contentious debate over the proper scope of content moderation on social media websites. In…

It’s The AAF Exchange — your source for clear, data-driven insight into today’s economic and domestic policy issues.  In this episode of the…