In a new #Eakinomics video, American Action Forum (@AAF) President Douglas Holtz-Eakin (@DJHEAKIN) clears up the confusion on the Affordable Care Act & the CBO report with a step-by-step explanation of exactly how the law’s incentives affect employment. The CBO report found the ACA will eliminate 2.5 million jobs by 2024. 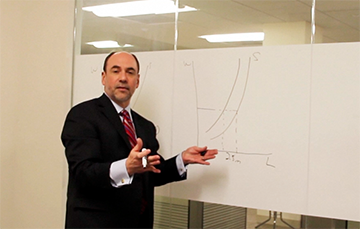 “When you hear this controversy about killing jobs versus retiring remember the economics are the same and the ACA is at the root of us losing 2.5 million jobs, the income those 2.5 million jobs produce, and the tax base that will go along with it.”

The Federal Trade Commission (FTC), tasked with protecting consumers from unfair methods of competition, is making a dramatic shift in how it enforces…