In a short week, regulators still managed to publish more than $14 billion in regulatory costs. Annual burdens were $1.5 billion, compared to $291 million in benefits. Paperwork grew by 13.4 million hours, led by an Affordable Care Act proposal and a measure to protect human subjects in research. The per capita regulatory burden for 2015 is $469. 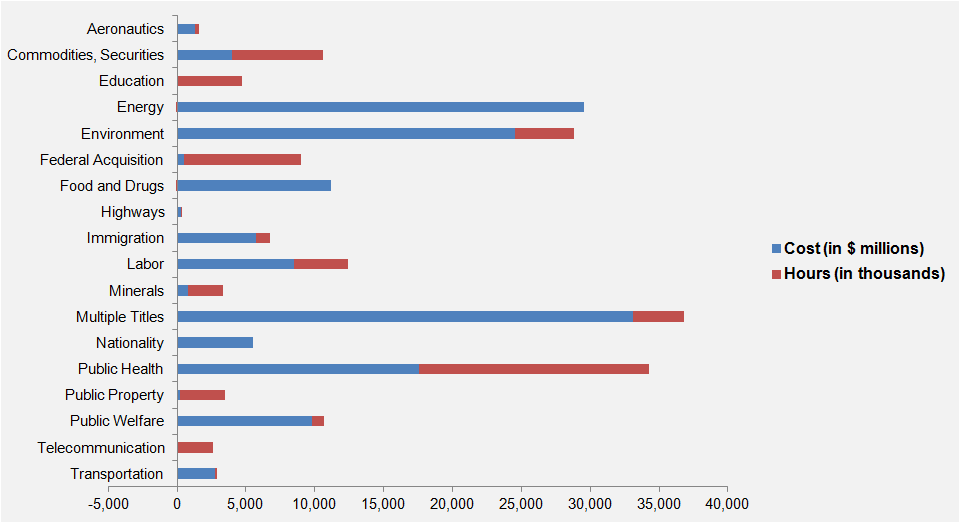 As AAF reviewed here, every cabinet agency proposed a rule to amend the procedure for using human subjects in research. Total costs for the measure could top $13 billion, with more than 12 million paperwork hours. If finalized, it would rank as the tenth most expensive regulation since 2009, which is remarkable considering few outside of the health care industry have discussed the measure.

The Department of Labor finalized a rule to prohibit federal contractors from discriminating against employees and job applicants who inquire about compensation. The regulation will impose $42 million in first-year costs and require more than one million paperwork burden hours.

The administration proposed the most notable ACA rulemaking in several months. The measure, designed to ensure nondiscrimination in health programs, will bar discrimination on the basis of race, color, national origin, sex, or age. It will cost more than $900 million and impose 157,000 paperwork burden hours.

Since passage, based on total lifetime costs of the regulations, the Affordable Care Act has imposed costs of $47.9 billion in state and private-sector burdens and 165.9 million annual paperwork hours.

Click here to view the total estimated revised costs from Dodd-Frank; since passage, the legislation has produced more than 67.2 million paperwork burden hours and imposed $35 billion in direct compliance costs.

Since January 1, the federal government has published $150.7 billion in compliance costs ($63.06 billion in final rules) and has imposed 62.8 million in net paperwork burden hours (15.2 million from final rules). Click below for the latest Reg Rodeo findings. 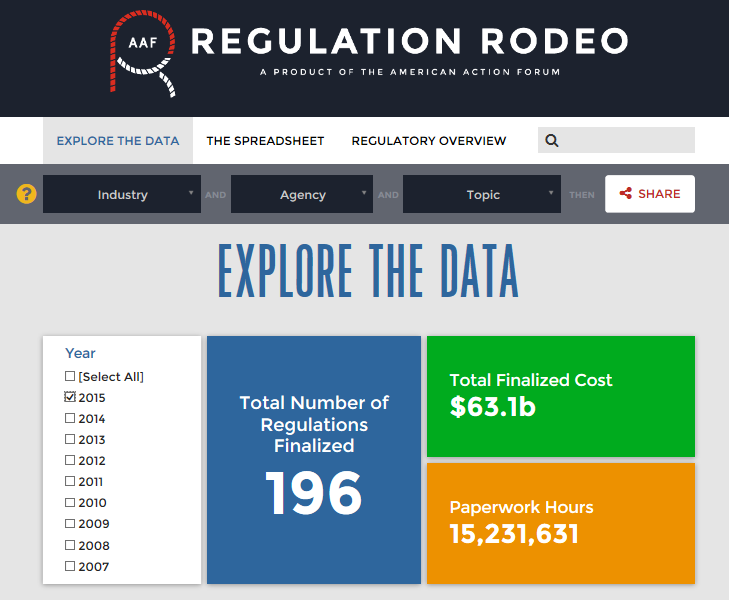 Last week, of course, marked the transition from the Trump Administration to the Biden Administration. This marks an end to the cost-cutting mindset and…