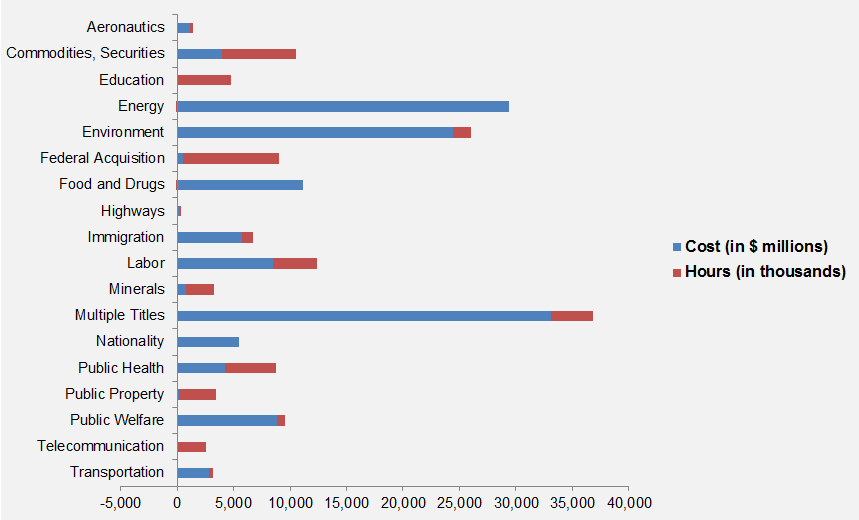 The Department of Energy proposed a rule to increase efficiency standards for refrigerated beverage and vending machines. Net present value costs are modest, compared to other agency rulemakings, at just $201 million. Annual burdens are $10.2 million, with $75 million in benefits. There will be a public hearing on September 29 to discuss the rulemaking.

Since passage, based on total lifetime costs of the regulations, the Affordable Care Act has imposed costs of $47 billion in state and private-sector burdens and 165.7 million annual paperwork hours.

As AAF reviewed here, SEC finalized a rule requiring companies to calculate the ratio of CEO pay to that of the median employee. This rule will include virtually all employees, even if they are working outside of the U.S. The costs of the final rule total $1.8 billion, up from SEC’s initial estimate of $218 million. Paperwork for the rule also increased to 2.3 million hours, up from just 545,000. Although this rule is related to Dodd-Frank, it will do nothing to promote financial stability. Indeed, SEC could not even provide a coherent discussion of the benefits of the final rule.

Click here to view the total estimated revised costs from Dodd-Frank; since passage, the legislation has produced more than 67.2 million paperwork burden hours and imposed $35 billion in direct compliance costs.

Since January 1, the federal government has published $135.8 billion in compliance costs ($62.9 billion in final rules) and has imposed 46.8 million in net paperwork burden hours (14.18 million from final rules). Click below for the latest Reg Rodeo findings. 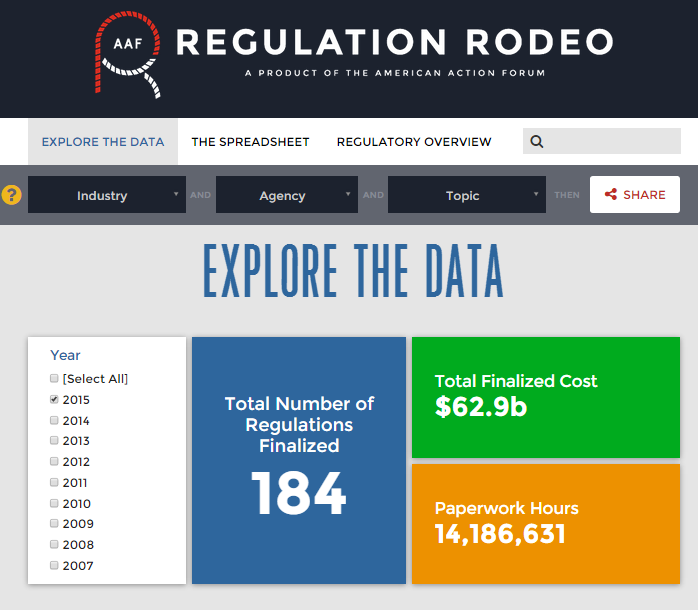 Looking just at the top-line net totals from last week, it is easy to think that this was yet another ho-hum week in the Federal Register. Across all rulemakings…