This week the White House and Democratic moderates in the Senate reached an “agreement” on a broad “framework” for a $6 trillion, $3.5 trillion, $2 trillion, $1.5 trillion, $1.75 trillion (maybe) reconciliation bill to enact some of President Biden’s Build Back Better (BBB) social engineering initiatives. Many policies and pay-fors cherished by progressives have been axed entirely from BBB.v.27.3 (beta), and almost everything remaining has been cut back. At present, one area where progressives appear to have lost the most, maybe even more than they realize, is health care.

A framework isn’t legislative text—though there is legislative text, but it doesn’t match the framework—and virtually no one has committed to supporting a final bill—if there ever is a final bill—but at present, the latest BBB iteration does not include any substantial changes to prescription drug policy beyond the permanent repeal of the already-delayed Trump Administration rebate rule. And while the framework proposes to add a new hearing benefit to Medicare, dental and vision coverage appear to be out.

BBB.v.27.3 (beta) does contain some health care fig leaves for progressives, however. The framework includes $150 billion for expanded access to home health care (down from the $400 billion Biden originally proposed). More significantly, this version would extend the American Rescue Plan Act’s (ARP) enhanced and expanded premium tax credits (PTCs) for subsidized individual market health coverage through the Affordable Care Act’s (ACA) exchanges, but only through 2025. That’s three years longer than under ARP, but far short of making them permanent. While that’s certainly disappointing for progressives, they can at least take heart that it’s still expensive. The American Action Forum’s Center for Health and Economy (H&E) previously found that extending the enhanced PTCs would lead to an increase in the number of people insured in the individual market of 1.2 million in 2023, 1.4 million in 2024, and 1.7 million in 2025, at a cost of between $20-$21 billion annually. Finally, the latest BBB would close the Medicaid coverage gap, but again, the solution is temporary. Gone is the plan to set up a separate, fully federal Medicaid program to cover that population in the 12 non-expansion states beginning in 2025. Instead, this BBB only contains a short-term fix providing fully subsidized ACA coverage to the coverage gap population for four years, through 2025. In our previous modeling, H&E found that three years of coverage for 2022-2024 would cost $155 billion if all 2.2 million eligible individuals signed up.

Of course, all of this remains in flux, but one element unlikely to change is the health coverage funding cliff Democrats are setting up for the end of 2025. As Manhattan Institute scholar Chris Pope observed this week, Democrats may come to regret that decision. Admittedly, proponents of BBB.v.27.3 (beta) are constrained by both the rules of reconciliation, and Senators Manchin and Sinema’s desire to limit the size of the spending package. The 2025 spending cliff, however, puts added importance of the 2024 election. If Republicans enter 2025 holding the White House, or even just one chamber of Congress, conservatives will finally have leverage to force real reforms to the ACA in exchange for any funding continuation.

While conservatives have long desired to force changes to the ACA—if not full-repeal—they’ve never previously had leverage to force Democrats to the table. In 2025 a Republican House, Senate, or White House would have leverage to exact concessions from Democrats on reforms to the ACA. Wouldn’t it be ironic if that ends up being the health care legacy of President Biden and the BBB?

AAF Director of Health Care Policy Christopher Holt and health care expert Steve Parente go beyond the topline numbers of the Build Back Better plan to discuss the broader impact on how insurance works in the United Sates.

To track the progress in vaccinations, cases, and deaths, the Weekly Checkup will compile the most relevant statistics for the week, with the seven-day period ending on the Wednesday of each week. 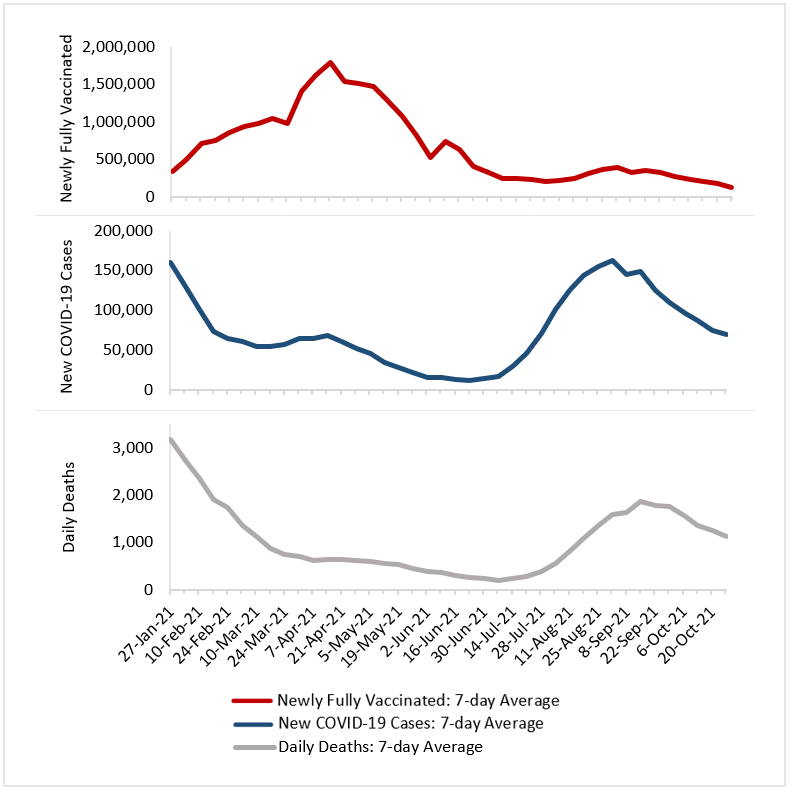