Medicare Part B Premium Increases for 2016

The Centers for Medicare and Medicaid Services (CMS) just announced the new premium amounts Medicare beneficiaries will be required to pay to receive physician and hospital outpatient services under Part B in 2016.[1] These amounts are lower than they would have been had Congress not acted to prevent sharp increases for many due to a little known “hold harmless” provision. This provision prevents Medicare premiums from rising for certain individuals if there is no “Cost of Living Adjustment” for Social Security benefits in a given year—which there will not be for 2016—which consequently forces the beneficiaries not held harmless (approximately 15.6 million individuals) to pay a much larger share of the Part B cost increase. All beneficiaries not held harmless—those newly-eligible, dually-eligible for Medicare and Medicaid, late retirees, and higher-income beneficiaries—will face a 16 percent increase in their premiums from last year.[2] The Part B deductible for all beneficiaries will be $166, up 13 percent from $147 in 2015. The Part A deductible for inpatient hospital visits will also increase for all beneficiaries from $1,260 to $1,288. 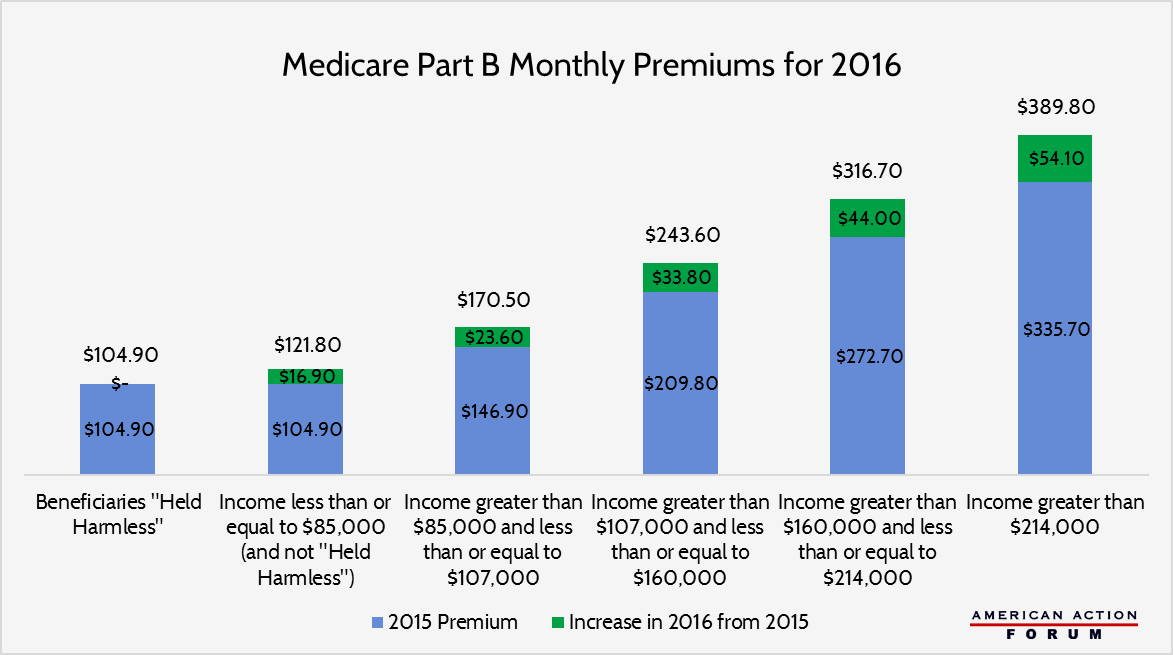