According to the Substance Abuse and Mental Health Services Administration (SAMHSA), 43.8 million adults suffer from a mental illness which represents nearly 20 percent of the U.S. population. While there are many government agencies dedicated to prevention, awareness, and treatment of mental illness, it is often left untreated. The graph below compares the state-level percentage of people that received treatment for mental illness in the year 2013. In 2013, the average state treated about 57 percent of patients with mental illness. At 70 percent, Hawaii administered treatment to the highest proportion of people while Vermont was the lowest at 43.2 percent. [1] 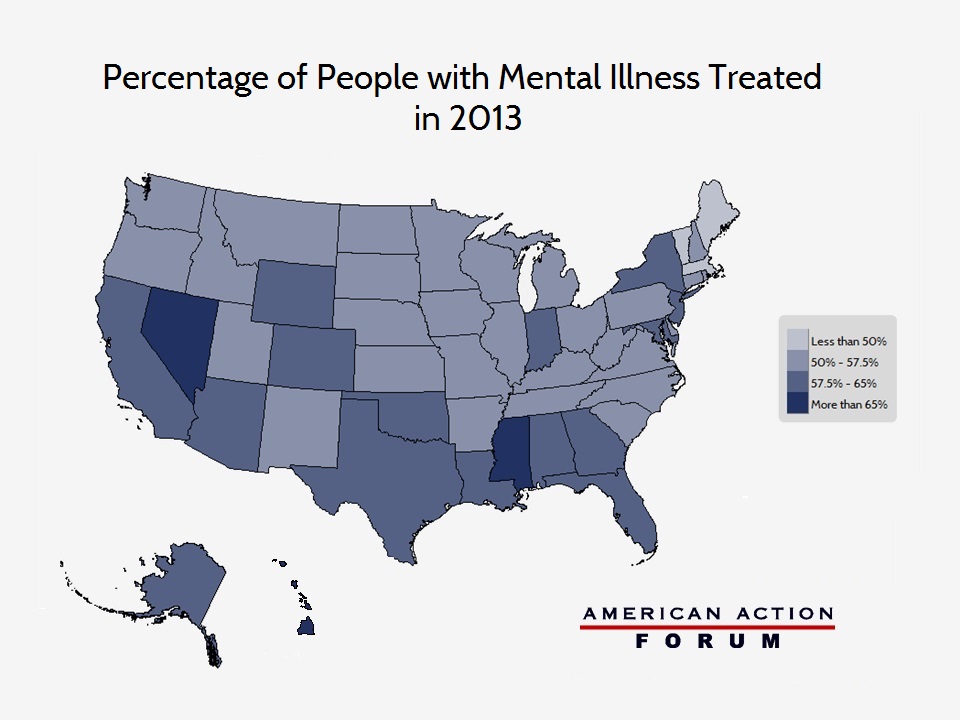