National Health Expenditures in 2014 Grew at Fastest Pace Since 2007

National health expenditures surpassed $3 trillion for the first time in history last year, with the U.S. spending an average of $9,523 per person in 2014. Total expenditures grew 5.8 percent from 2013—the fastest rate of growth since 2007. An increase in the number of individuals with private insurance and large increases in the number of individuals enrolled in Medicaid contributed to the growth in spending, along with the use of new pharmaceutical treatments; prescription drug spending increased 12.2 percent. The net cost of health insurance increased 12.4 percent—the second time since 2009 that the net cost of insurance has grown by double digits in a single year. With the implementation of hundreds of new health care regulations, the cost of health insurance has grown 41 percent from 2009 to 2014. Spending on hospital care increased 4.1 percent last year and spending on physician and clinical services increased 4.6 percent. The chart below shows the growth in health care expenditures, by category, for each year since 2009. During this period, health expenditures per capita have grown 1.1 percent faster than gross domestic product (GDP) per capita.

Yesterday’s report also reveals the impact that the growth in our health care entitlement programs is having on government budgets. Enrollment in Medicaid last year grew 13.2 percent and enrollment in Medicare increased 3.1 percent. Since 2009, enrollment in these two programs has increased 30 percent and 16 percent, respectively. Additionally, expenditures per enrollee have increased every year as a result of both higher prices and increased utilization. Consequently, the cost to the government of administering these programs has increased 36 percent over the past six years. 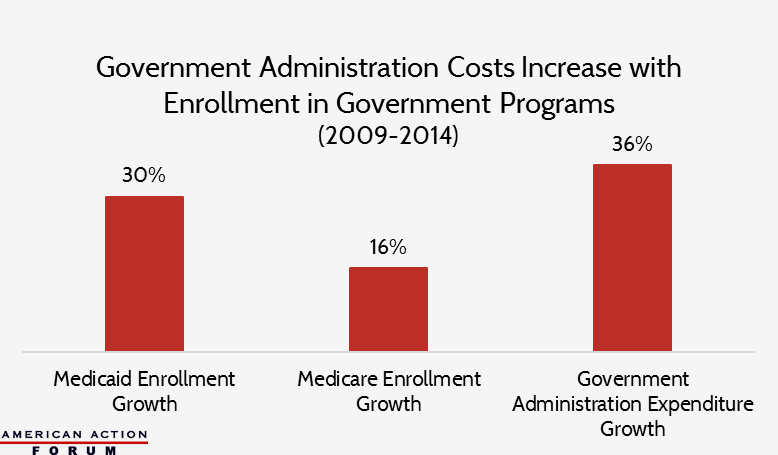 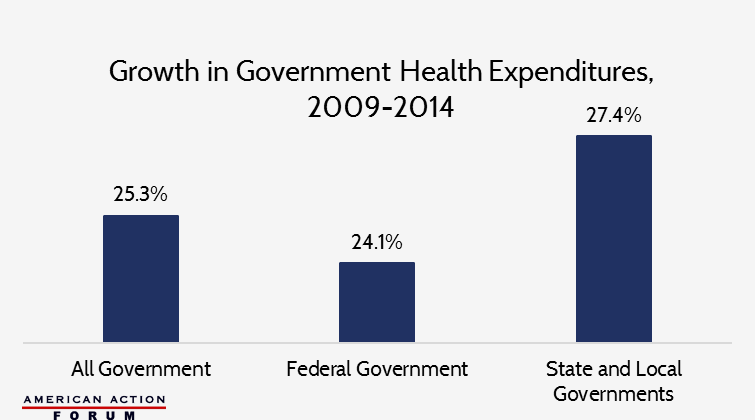