Obamacare Exchange Subsidies Were Over Generous

For the first time last year, individuals were able to purchase health insurance through state and federal exchanges under the Affordable Care Act (ACA). In 2014, 83 percent of exchange enrollees (6.67 million individuals) were deemed eligible to receive a federal subsidy to assist in purchasing such a plan.[1] The average subsidy paid covered 76 percent of a plan’s premium cost, which resulted in an average annual subsidy of $3,155. However, because the subsidies are estimated and paid in advance based on income data from two years prior, many individuals received incorrect amounts and had to reconcile those errors when they filed their taxes this year. For the roughly two-thirds of subsidy recipients who had to pay money back, the average repayment was $729, according to a recent H&R Block report.[2] Given the average premium and subsidy amount before these errors were reconciled, this repayment equates to an increased premium cost of 75 percent for these individuals, leaving only 58 percent of their plan premiums covered by the subsidy.  Conversely, about 25 percent of subsidy recipients overestimated their income and are due additional subsidy payments of $425. For these individuals, this reduces their premium cost by 42 percent, resulting in an average premium cost of roughly $48 per month after reconciliation. 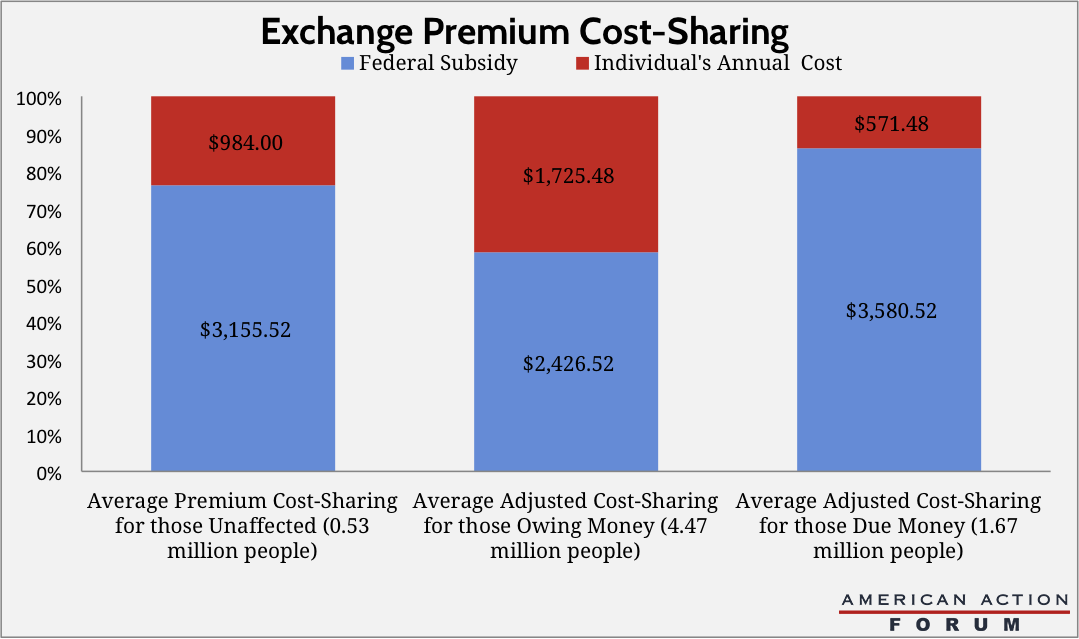