The State of Biden’s Health Agenda After One Year

This week, President Biden celebrated the first anniversary of his inauguration, providing a good opportunity to take stock of his administration’s successes and failures to date. For Biden—with his approval ratings dropping, his legislative agenda stalling, and COVID-19 surging—it’s hard to see his administration’s first year as anything but a disappointment. The administration’s failure to deliver on virtually every health policy goal it set does not help this perception.

Biden campaigned for office on a platform that included a public health insurance option (that would be “like Medicare”), lowering the Medicare eligibility age, enacting prescription drug pricing reforms, and ending the COVID-19 pandemic. As president, he hasn’t come close to delivering on any of these objectives. Biden never even tried to move forward with a public option, largely ignored progressives’ efforts to lower the Medicare age, and until recently made little effort to leverage the bully pulpit to advance progressive drug policies. I’m honestly not sure how much blame the Biden Administration should bear for the continuation of the pandemic—and it did meet its early vaccine supply goals—but when you campaign on the promise that you’ll be able to end a public health crisis and then don’t, that’s an unforced error the president has to own.

Biden also pledged to bolster the Affordable Care Act (ACA), and while the public option was the centerpiece of that plan, the administration might still be tempted to declare victory on this point. After all, the open enrollment period for 2022 coverage through the ACA marketplace is still ongoing in a few states, and plan selections are already at an all-time high. But there are two things to keep in mind here. The first is simply that the ACA’s marketplaces were already trending in a positive direction before Biden took office.

The second is that the largest driver of increased enrollment is likely the enhanced premium tax credits and removal of the income cap on subsidy eligibility that were both enacted as part of Biden’s American Rescue Plan. While numbers for this open enrollment period aren’t final, at last count 92 percent of people who have selected a federal marketplace plan are receiving subsidies. So, kudos to the Biden Administration for successfully bribing more people to enroll in ACA coverage. Revelers should note, however, that the policies driving this surge expire at the end of this year, making the whole thing something of a pyrrhic victory.

Looking ahead to Biden’s year two, it doesn’t appear likely that much will improve for the administration on the health policy front. Efforts to make the ACA enhancements permanent and enact sweeping drug price reforms—as well as to expand Medicaid eligibility to the coverage gap population—have all run aground along with the Build Back Better Act. There will be efforts to revive these and other initiatives, but Biden has consistently failed to muster Congress to pass his health policy agenda, and moving into the midterm election cycle will only make that task more difficult. Eventually, the administration will have to turn to regulation and messaging in hopes of selling a fabricated narrative of progress on progressive priorities.

In fairness to the president, the progressive health care agenda was never going to be an easy lift with such narrow congressional majorities. Nevertheless, the Biden campaign probably didn’t expect  Democrats to hold the Senate majority, so making unrealistic promises—and then blaming a Republican Senate majority for blocking them—likely seemed like a safe bet. Unfortunately for Biden, with Democrats holding all the cards, the failure to make any substantive progress on their health policy agenda falls squarely on him.

Amid the ongoing COVID-19 pandemic, it’s still wise to be on the lookout for the next epidemiological challenge. In a paper recently published in The Lancet, researchers identified one such problem: anti-microbial resistance (AMR). AMR occurs when bacteria, viruses, fungi, or parasites evolve over time, making these infections less responsive to medicine and thus harder to treat. While anti-microbial resistant strains of bacteria have been around for some time, this study puts a number on just how prevalent they have become. The study found that globally, in 2019, 1.27 million deaths were directly attributable to AMR, and 4.95 million deaths were associated with it. Deaths attributed to AMR were greater than the 2019 deaths from HIV/AIDS and malaria, combined (690,000 and 585,000, respectively). What is particularly frightening about AMR is that most of the infections that arise from it cannot be mitigated with vaccines, meaning prevention truly is the best cure. Policymakers and public health officials will need to keep a sharp eye on AMR as they work toward solutions to this challenge. 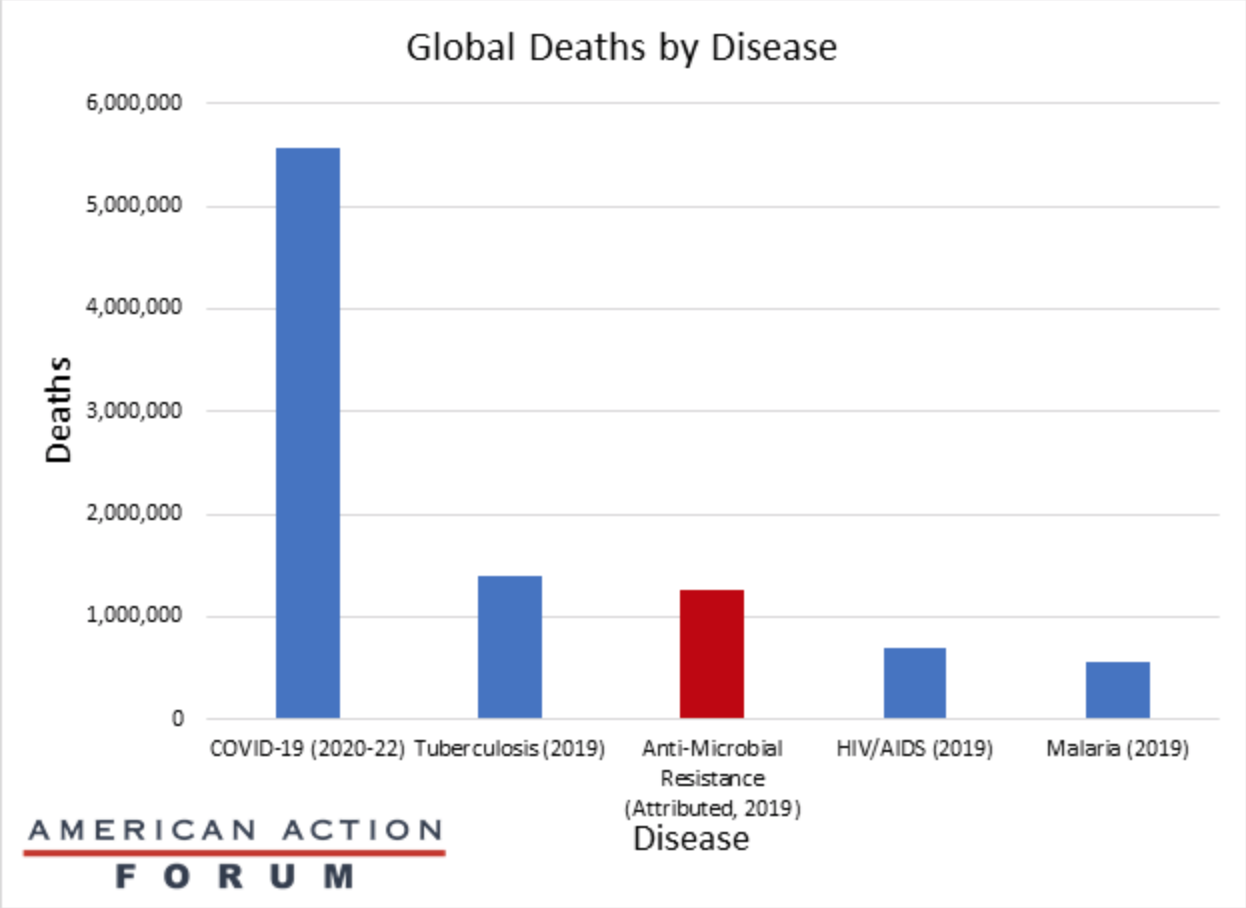 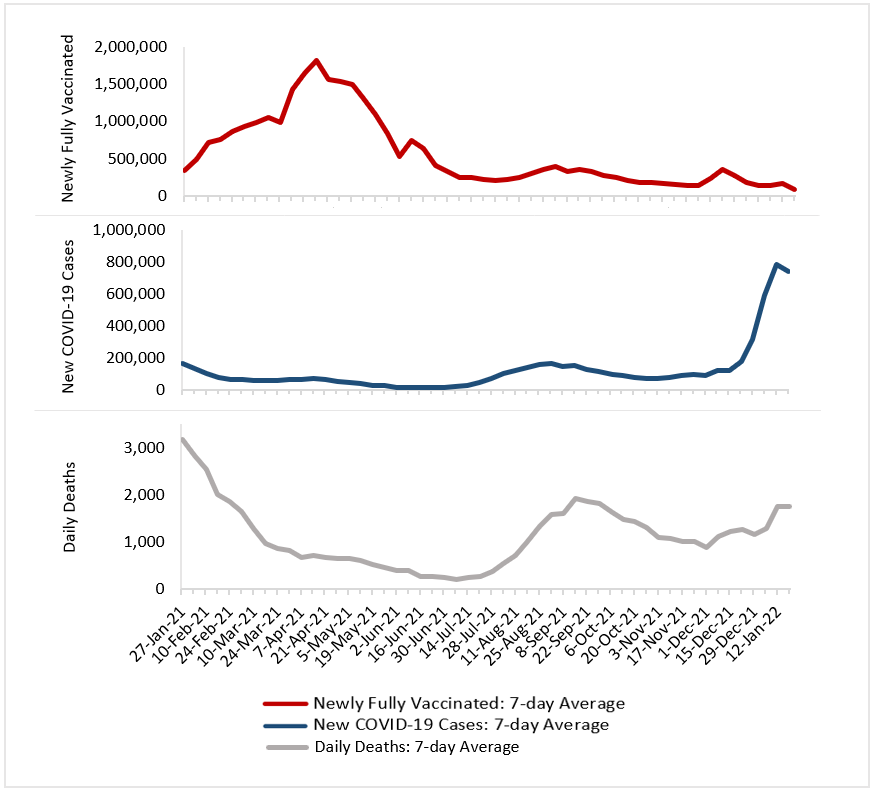