Is the Economy Faltering?

Some recent economic data contained jarring headline numbers. When the Commerce Department issued its first estimate of gross domestic product (GDP) in the first quarter of this year, it found that the economy had contracted at an annual rate of 1.4 percent. Not long after, the Bureau of Labor Statistics indicated that productivity had declined as well in the first quarter, falling at an annual rate of 7.5 percent.

Is the recovery from the COVID-19 recession at an end? Should the Fed stand down from raising rates to address inflation? Will job growth disappear from the landscape in 2022? Hardly. Economic data are notoriously noisy, and it is wisest to focus on longer-run trends and key fundamentals.

Consider the GDP report. The chart (below) shows growth in GDP over the past several years. It modifies the picture painted by the most recent report in three ways. First, it looks over a longer time period than just the most recent quarter. Second, it measures growth in GDP (blue bars) each quarter compared to the same quarter one year earlier. This effectively “smooths” the data by looking at four quarters of data. As one can see, GDP growth is a bit lower in the first quarter, but is hardly out of line with the experience in 2021.

Finally, the orange bars focus on demand by the private sector in the United States, i.e., demand by households and businesses. Clearly there is no problem on this front; the decline in first quarter GDP was driven by an anomalously large drop in net exports and a bit of inventory correction. 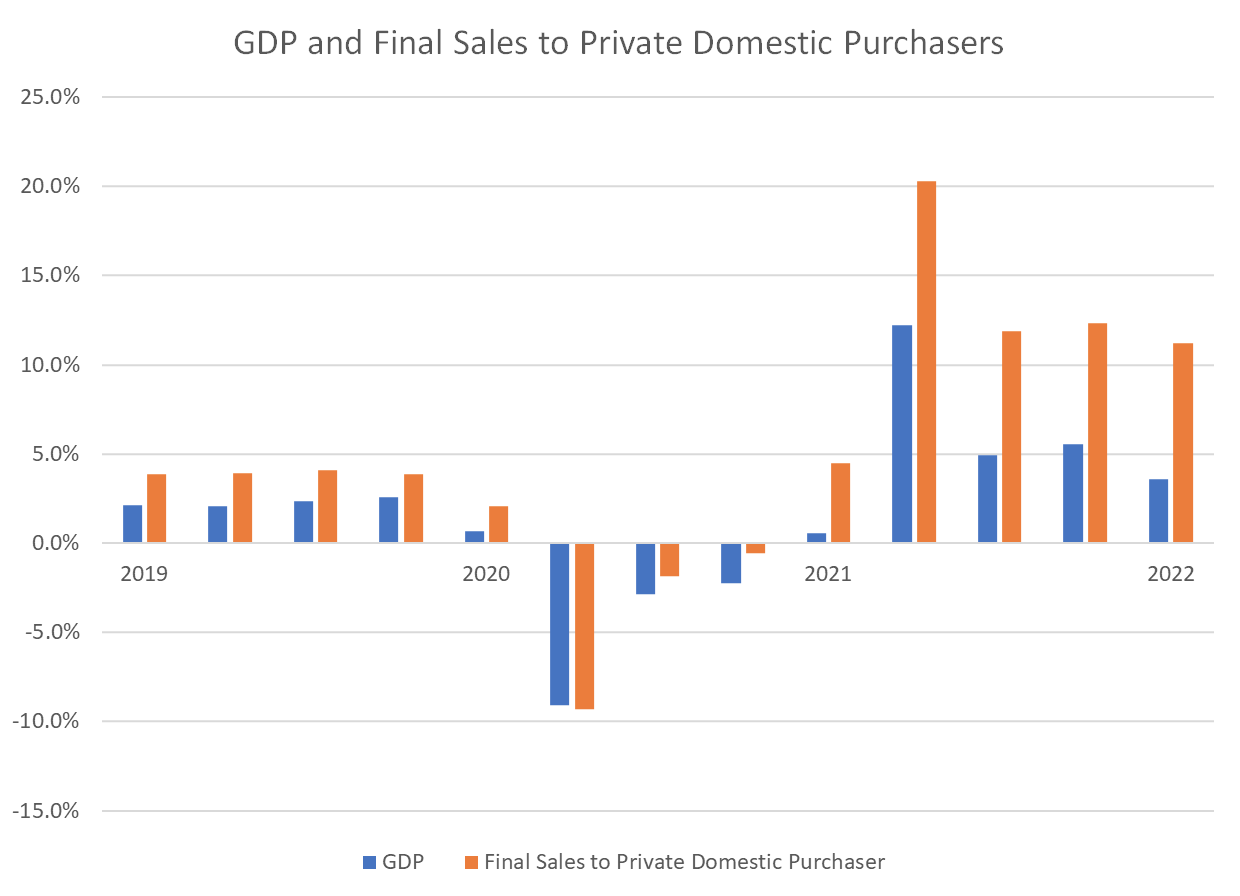 A similar set of considerations applies to the productivity report. Looking at year-over-year productivity growth does still yield a negative first quarter (see below), but hardly the apocalypse the top-line might suggest. Nevertheless, productivity growth has been weak over the past year, which has generated substantial cost pressures in the form of growth in unit labor costs (orange bars). In a mirror of other reports, however, real compensation (gray bars) is actually declining as inflation has outstripped the rise in nominal wages and fringe benefits.

The picture painted by the recent data is familiar. An economy driven by strong spending in both the household and business sectors is producing a strong labor market with higher wages and compensation, but even higher inflation that is eating away at real compensation. This is precisely the problem the Fed is in the midst of tackling. 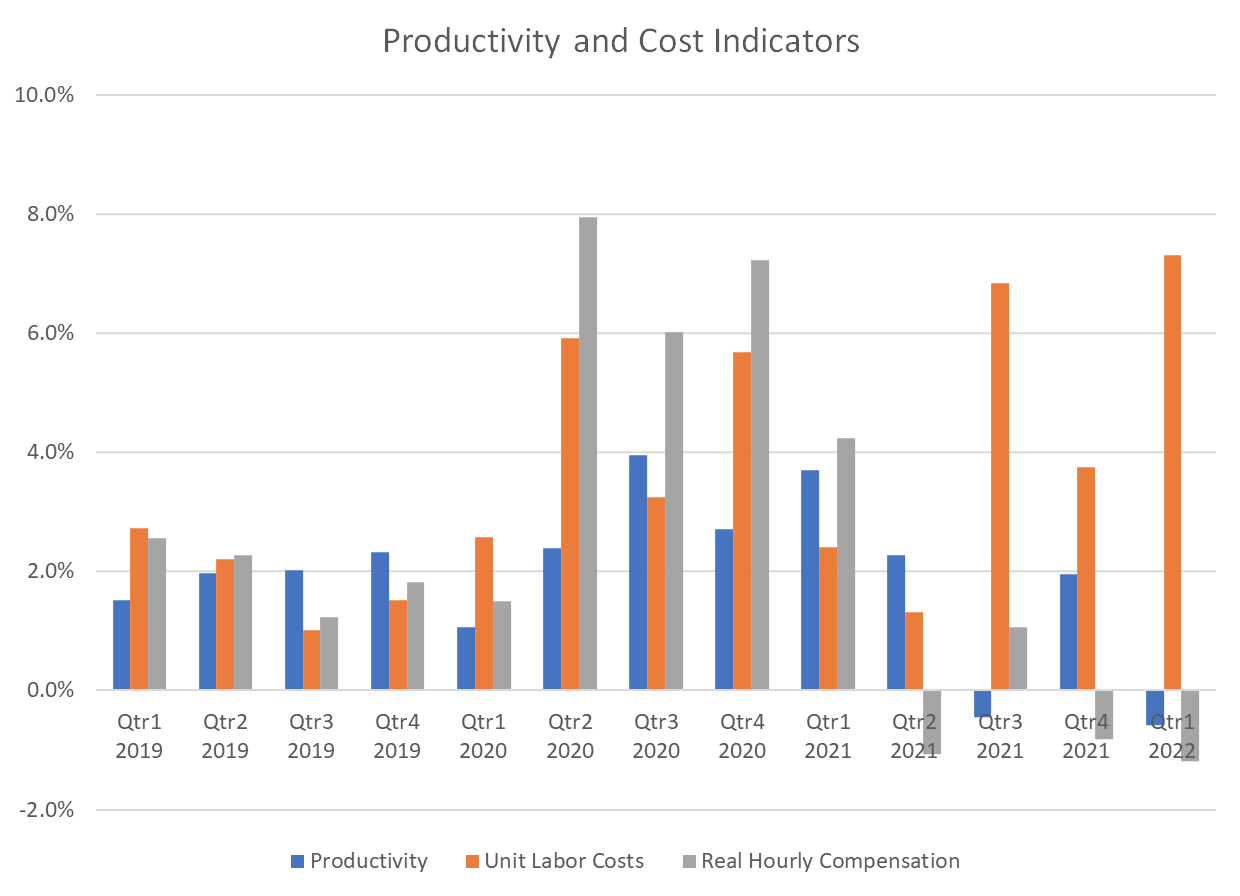 Across all rulemakings this past week, agencies published $17.5 billion in total net costs and added 168,764 annual paperwork burden hours.

Inflation redistributes from lenders to borrowers, hits some families harder than others, and varies in its pace and duration. But it uniformly makes politicians…

The Bureau of Labor Statistics (BLS) yesterday released the Consumer Price Index (CPI) data for April and CPI inflation came in at 8.3 percent over the…

The Exception That Makes the Rule (About Rules)

The history of Eakinomics is replete with regulatory missteps, rulemaking foolishness, and an economy festooned with red tape. Every now and then, however…