Shortly after the American Action Forum (AAF) published an article about notices from the National Credit Union Administration (NCUA) and the IRS requesting 45 billion hours in paperwork, NCUA published a correction.

As AAF noted in our comment (attached below) and in our original post, the NCUA request was “strange,” “unbelievable,” and “unimaginable.” The agency confirmed those suspicions noting, “The error occurred when the 380.1 million was inadvertently multiplied by the total number of credit unions at the time (6,859). Thus, the estimated hours required for compliance, which is based on the corrected number of estimated periodic statements, should be 6.3 million hours for this line item.” The revision will result in a one-time and continuing burden estimate of approximately 9.9 million hours for this requirement.

Nine million hours, not 43.4 billion, a reduction of 43,449,260,660 hours. When NCUA published the original notice in the Federal Register, AAF was confident it was a mistake. Then, NCUA published an identical notice a month later. Again, this could have just been a duplicated error. However, NCUA then submitted the request to the White House for approval, accompanied with a detailed supporting statement. The screenshots are presented below.

Obviously, this was not a typographical error, but simply a miscalculation. Once this revised paperwork collection is approved, NCUA’s official paperwork burden will rise from 337,300 hours to 10.2 million hours, a 30-fold increase. 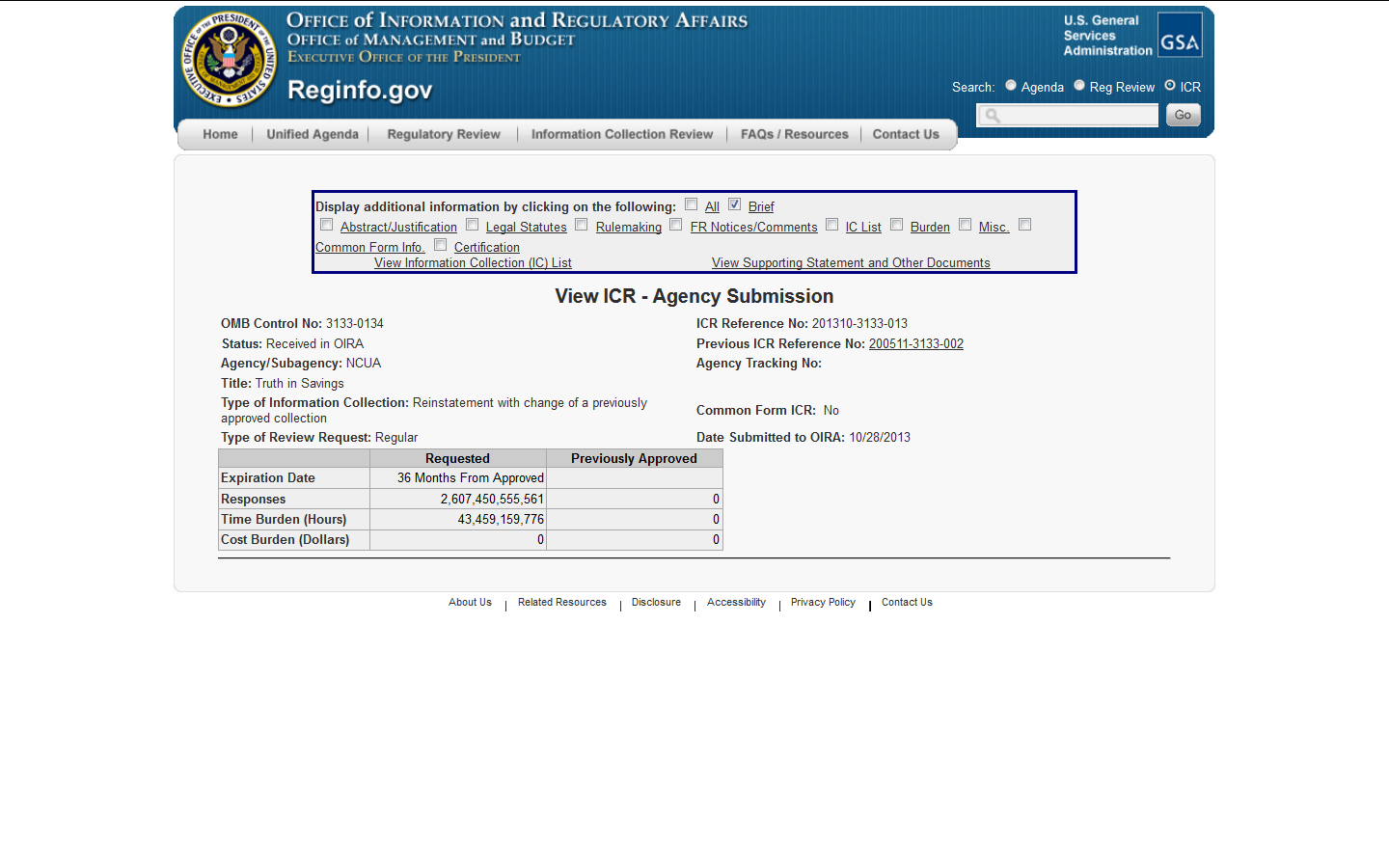 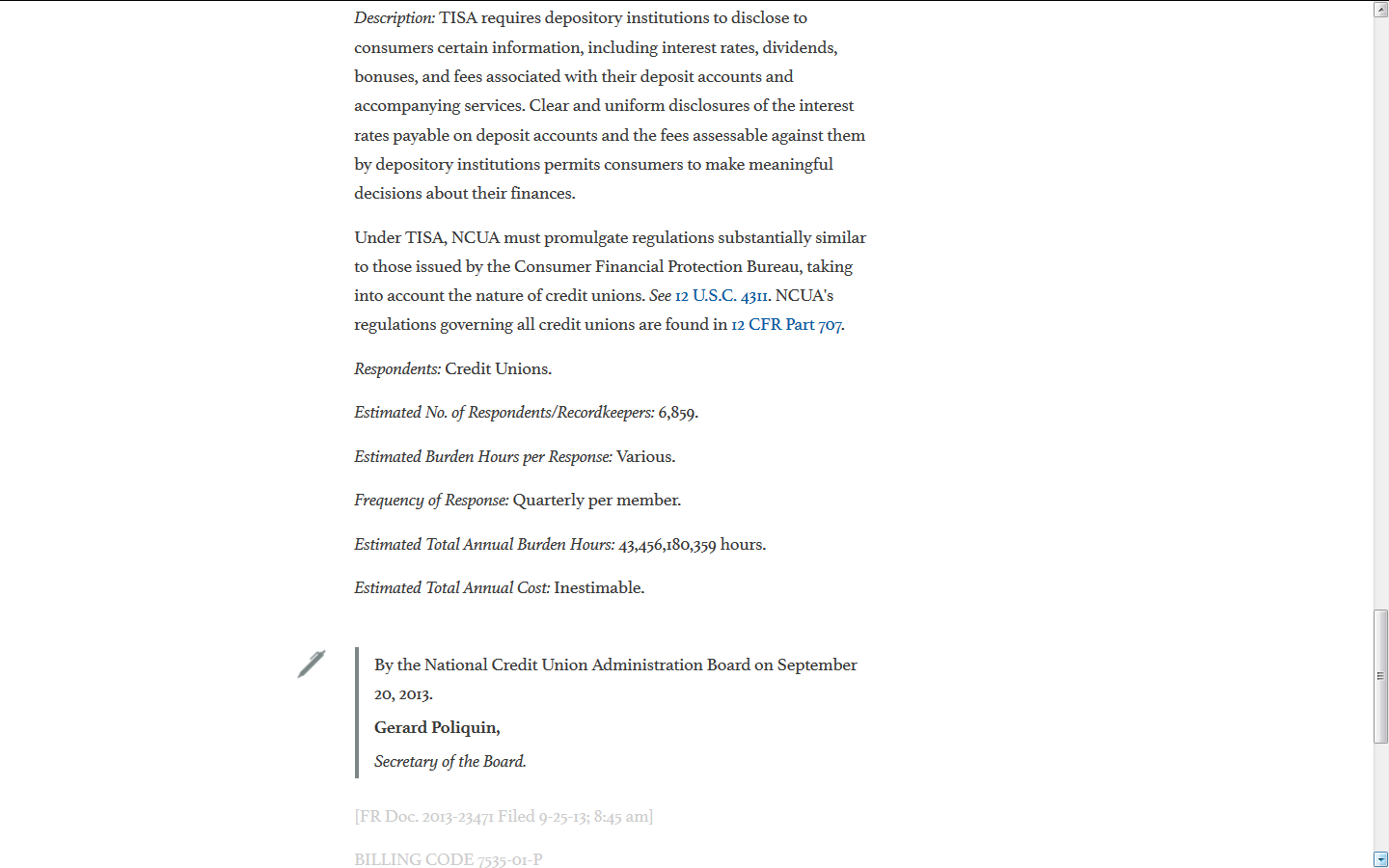 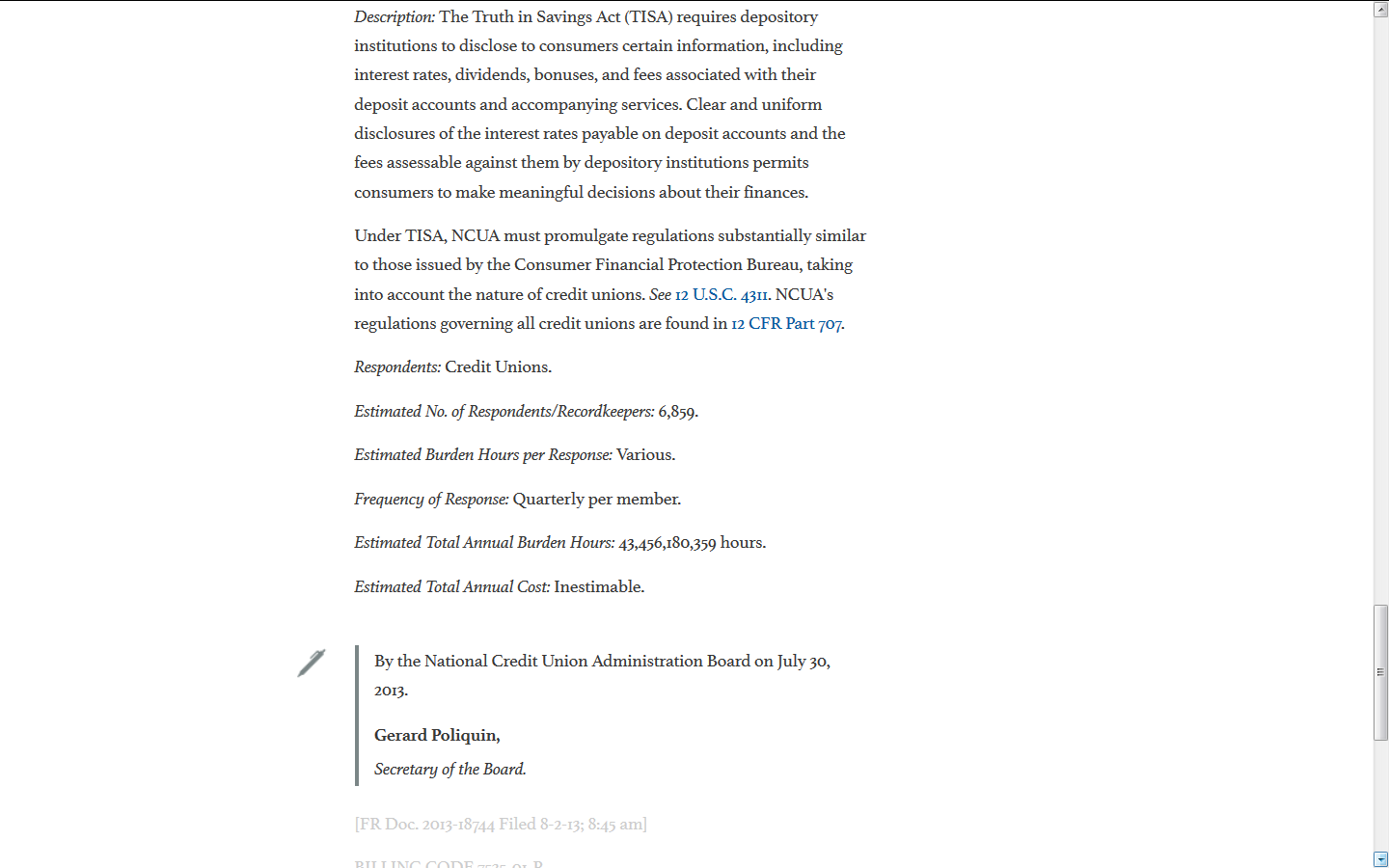