Wednesday morning, the Department of Health and Human Services (HHS) released nationwide enrollment data for the Affordable Care Act’s (ACA) health insurance exchanges through the first two months of the program. As of November 30th, 364,682 individuals enrolled in health insurance coverage through the state and federally run exchanges. The following is the American Action Forum’s monthly analysis of the enrollment data released by HHS, evaluating the numbers in the context of possible enrollment trends and the administration’s goal of enrolling 7 million individuals by the end of March 2014. 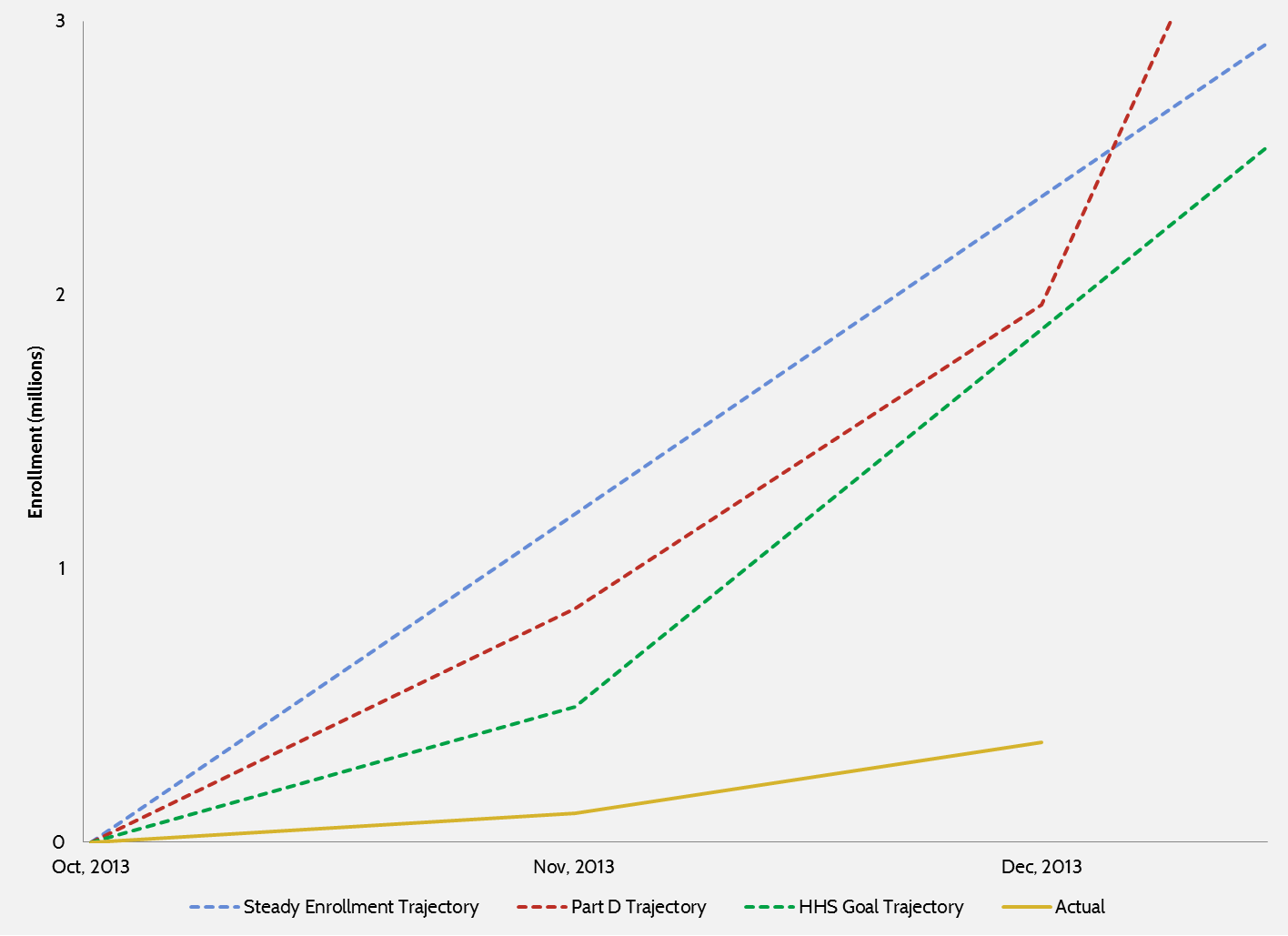 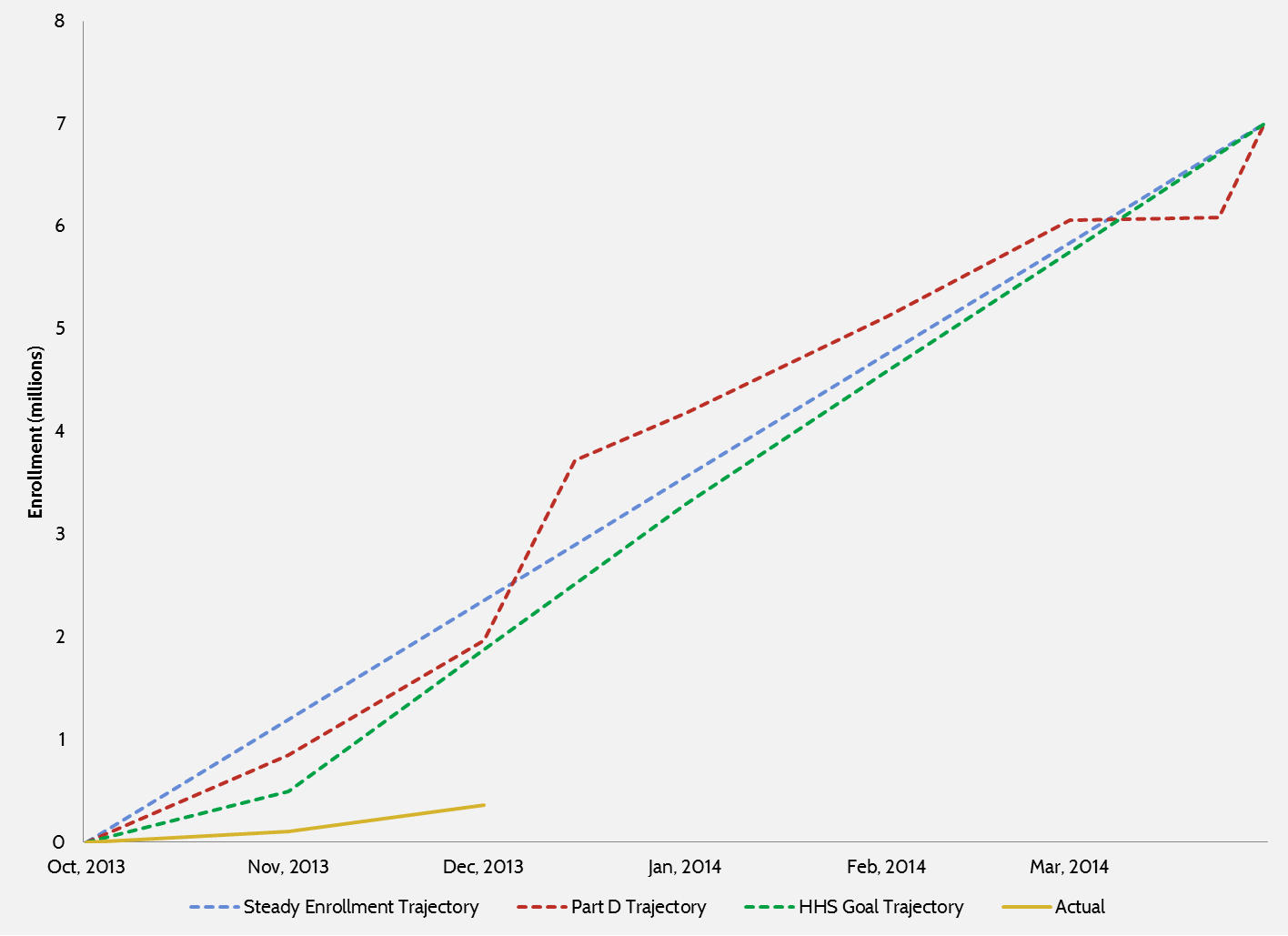 The Associated Press obtained an internal HHS memo from September outlining enrollment targets . While the projection was never confirmed or denied by HHS, it represents a possible path to the administration’s goal. The HHS memo predicated 495,000 enrollees by the end of October. So far 365,000 Americans were enrolled through the end of November, more than 100,000 enrollees short of the goal set by HHS for October alone.

Using Medicare Part D, the stand-alone drug plan enrollment when the program began in 2006, we can better account for spikes and lulls. Part D had a similar timeline. Enrollment began in November of 2005, with a peak in sign-ups before the New Year and another surge before open enrollment closed in the spring.  Assuming a similar trend, 1.9 million people would need to be signed up after the first two months of enrollment in order to meet the administration’s goal, more than 5 times actual enrollment to date.

The steady enrollment trajectory assumes there will be consistent, unvarying monthly enrollment throughout the six month enrollment period. This method has obvious limitations; it cannot account for fewer early sign-ups due to rollout problems or high enrollment in the weeks leading up to important deadlines. However, as open enrollment continues, highs and lows will even out and this trend will likely fluctuate around a trend. Assuming a linear enrollment trend, 2.3 million people would need to be signed up by the end of November, more than 6 times higher the actual enrollment reported by HHS, in order to meet the 7 million target.

The Affordable Care Act exchanges and Medicare Part D are not perfectly comparable programs. The population of enrollees was different (elderly vs. non-elderly) and most new members enrolled over the phone or through insurance brokers. But given the programs similar timelines and national rollout, the enrollment trend is likely to be an appropriate approximation for ACA exchange enrollment.