The Costs and Benefits of a 700% Solar Power Increase

On the heels of President Obama’s $8.4 billion “Clean Power Plan,” policymakers have started offering more details about their energy and regulatory plan. One plan calls for a 700 percent increase in solar power, from about 20 gigawatts (GW) of projected generation by 2020, to 140 GW. This seven-fold increase in solar capacity won’t be cheap. According to American Action Forum (AAF) calculations, it will cost up to $240 billion to install this additional solar capacity by 2020. The climate benefits, always uncertain and dependent on the discount rate, vary between $6.1 billion and $18.3 billion annually.

Some policymakers have called for a massive expansion of solar build-out, in addition to the likely gains made by the “Clean Power Plan.” First, AAF found Energy Information Administration (EIA) data for the amount of projected solar capacity in GW in the year 2020 under current policy: 27.57 GW. To reach a goal of 140 GW of solar capacity, the nation would need to increase capacity by roughly 112 GW. But what would this solar build-out cost? Next, with data from the EIA, AAF used the cost of solar power per megawatt hour ($/MWh) of $114.3, including the subsidized rate. Finally, AAF examined recent solar projects and installations for real-world prices.

Assuming solar remains at $114.3 $/MWh and the subsidies continue, the cost of a 140 GW goal could reach $246 billion. On an annual basis, this is approximately $67 billion. For perspective, that’s the cost equivalent of passing another “Clean Power Plan” during a four-to-five year time horizon and perhaps far more. If this were a federal regulation, and not a budget appropriation, it would easily rank as one of the most expensive rules of the Obama Administration.

Unlike natural gas or coal generation, solar is not entirely cost dependent on the amount of time it generates energy. Much of the costs are up front, through manufacturing and installation. A recent example is illustrative. In Kenya, a Canadian solar firm plans to build a 1 GW solar project for $2.2 billion. Assuming that price, 112 GW will cost $246 billion or $67 billion annualized at a seven percent rate. This might seem like an incredible figure, but consider that the Solar Energy Industries Association recorded 6.2 GW of solar installations in 2014; this was at a cost of $13.4 billion. Using that $/GW installation rate yields a cost of $242 billion for 112 GW of new solar, almost identical to the $/GW price of the Kenya project.

Another factor to consider: unless the subsidy increases, the price of solar will probably escalate if demand increases by 700 percent from today’s levels. It would take an unprecedented government intervention or technological breakthrough to stabilize or decrease prices in light of such a demand surge. Further complicating matters is the time frame. This installed capacity would occur during a four-to-five year window, a short horizon for so much capacity to reach the power grid and for long-term capital investments. Part of the transmission challenge is already built into the cost of solar. For example, the “transmission investment” of solar is nearly three times that of advanced natural gas, which solar would presumably replace for generation.

The nation must also consider the incredible amount of land required to build 112 GW of new solar capacity. For example, the Topaz Solar Farm will produce 550 MW of solar power in an area covering 9.5 square miles. If this project were a representative sample, 112 GW of solar power will consume an area of land roughly 1.5 times larger than Rhode Island. It’s debatable if the nation can easily free up that much land to devote to solar in the next four to five years.

The map below depicts the amount of land required for a 700 percent increase in solar capacity. 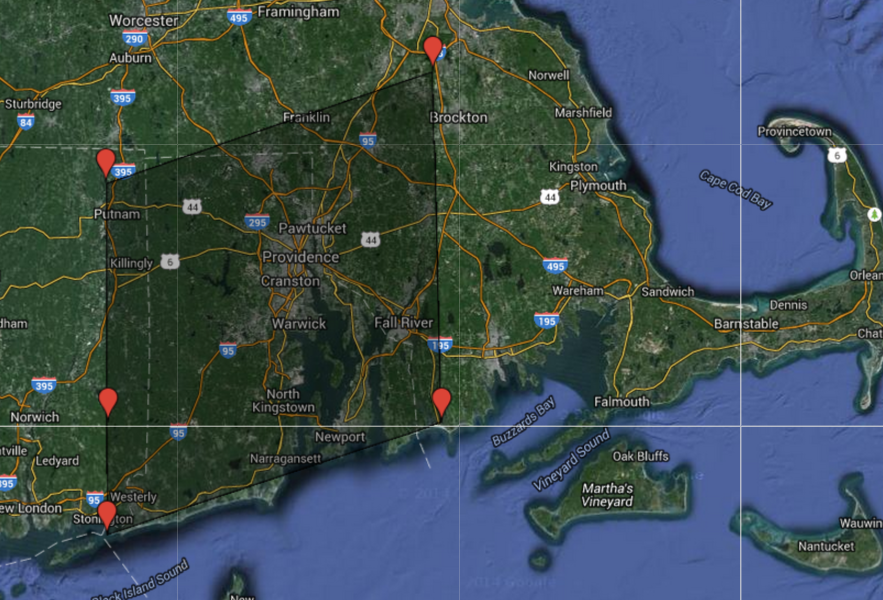 This new solar capacity is likely to replace advanced natural gas that might be brought online or retired by 2020. According to EIA, the estimated levelized cost of advanced natural gas is roughly 42 percent cheaper than solar without the subsidy and 36 percent with the subsidy. These cost disparities will surely be a factor in the debate if this policy proposal receives more widespread scrutiny.

Despite costs of $240 billion for increasing solar capacity by 700 percent and the daunting transmission, capital, and installation challenges, there will be benefits. Here, AAF focuses primarily on the climate benefits, using the administration’s “Social Cost of Carbon (SCC).” AAF uses the central figure, discounted at three percent ($40 per ton) and for illustrative purposes, the 95th percentile from all administration models at a three percent rate ($120). The former represents “higher-than-expected impacts from temperature change.”

This gives the figure per ton, but there is the question of how many tons of carbon dioxide (CO2) 112 GW of solar would replace. For that, AAF used EPA’s eGrid data, which unfortunately just has the latest information from 2010. Using eGrid, AAF sorted the most efficient natural gas plants by nominal heat rate (Btu/kWh). (The results from annual pounds of CO2 per MWh were similar). From there, AAF determined the number of facilities required to generate 112 GW of nameplate capacity: 240. These plants serve a representative sample of future generation because they are the most efficient in the nation, with an average CO2 emissions rate of 773, almost identical to EPA’s overall goal for natural gas by 2030 (771 pounds of CO2 per MWh). Finally, AAF collected data on the annual CO2 emissions of these facilities: 169.6 million tons.

Assuming $40 per ton of CO2, climate benefits from ensuring efficient natural gas isn’t built or is retired are approximately $6.7 billion annually. This figure is actually less than the cost of installing that solar, which again, could reach $67 billion annually. Even if we assume the $120 SCC figure, climate benefits would reach $20.3 billion, still less than the installed cost of solar.

AAF does not attempt to incorporate the air quality “co-benefits” or other ancillary benefits of replacing natural gas with solar. However, assuming EPA continues to enforce its regulations, future air would already meet the agency’s legal requirements. Furthermore, natural gas facilities are far cleaner than coal. AAF’s sample of natural gas facilities emit about 52,000 tons of NOx and SO2, compared to the most efficient equivalent number of coal plants: approximately 2.2 million tons. AAF also does not attempt to calculate higher solar costs if the subsidies expire or what the potential cost would be if demand increases by 700 percent.

There is little doubt that seeking a 700 percent expansion in solar is an ambitious target. The issue is what are the costs and what are the benefits. It appears the cost of this solar expansion could reach $240 billion. The climate benefits are likely far less. More importantly, can the world manufacture enough solar and can the nation install 112 GW in four to five years? History would suggest not.