The Affordable Care Act (ACA) allowed the creation of non-profit consumer operated and oriented plans (co-ops) which would be allowed to sell health insurance to a state’s residents either on or off the newly-created Exchanges. These co-ops were eligible for both start-up and solvency loans, and the Centers for Medicare and Medicaid Services (CMS) awarded $2.4 billion in loans to 23 new co-ops. One criteria for receiving such loans was a high probability of becoming financially viable. While most of the co-ops were expected to lose money in the first year (as most new businesses do), the Health and Human Services Office of the Inspector General found 19 of the 23 co-ops exceeded their projected losses; 10 co-ops lost more than $2,000 per enrollee.[1] Projections show 11 co-ops are expected to still be losing money by the end of 2015. Maine’s co-op, the only one not to lose money in 2014, had the lowest priced plans (despite only drawing down 32 percent of the loans they were awarded and enrolling more than 2.5 times as many individuals as anticipated) and attracted 80 percent of the state’s marketplace consumers.[2] The chart below shows the net loss per enrollee for each co-op by state, which averaged $2,712. The total loss was $539 million. 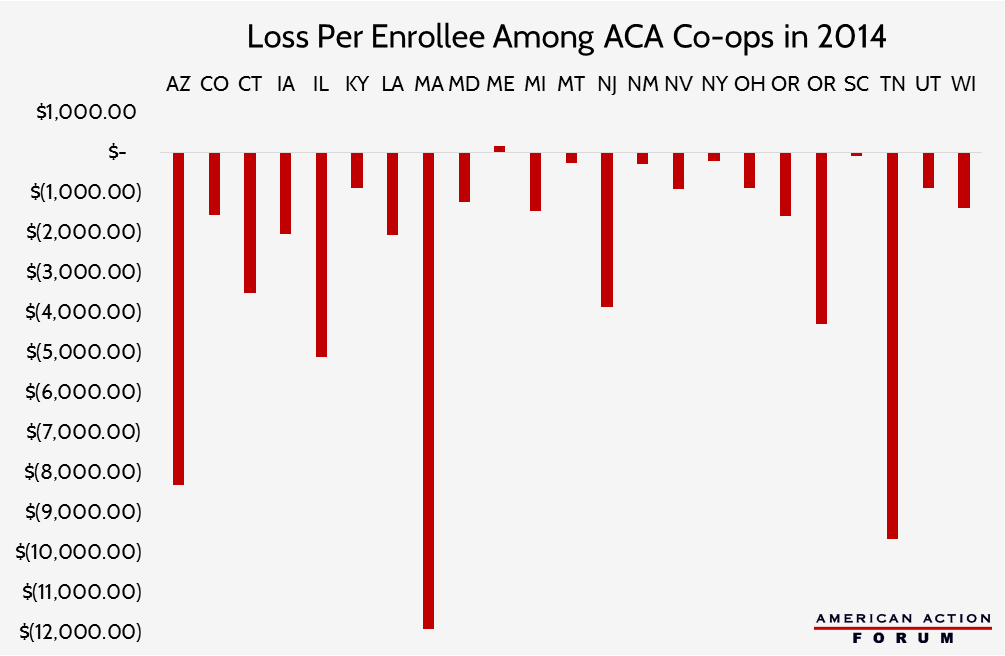