The Robert Wood Johnson Foundation recently released a report finding that 41 percent of “silver” Exchange plans had physician networks that were “small” or “extra small”. A second study examined 135 silver plans across 34 states using the federal exchange in 2015 for coverage of in-network specialists. Of the 9 specialities included, not one had 100 percent of plans offering in-network coverage to a specialist in that field, as shown below. Nearly 1 out of 5 plans were deemed “specialist-deficient” for covering fewer than six specialists in a particular field within 100 miles. People needing a rheumatologist (for arthritis, joint, or muscle pain); a psychiatrist (for mental health services); or an endocrinologist (for hormonal problems) were most likely to be without an in-network provider. These patients are then left with no choice but to use “out-of-network” providers if they are in need of those specialty services. Out-of-network care is typically significantly more expensive than in-network care. For example, one recent study found the average out-of-network billed charge for an electrocardiogram was 1,382 percent of Medicare’s fee. Additionally, payment for out-of-network care doesn’t typically count towards one’s deductible meaning health care costs for these individuals could get very expensive. 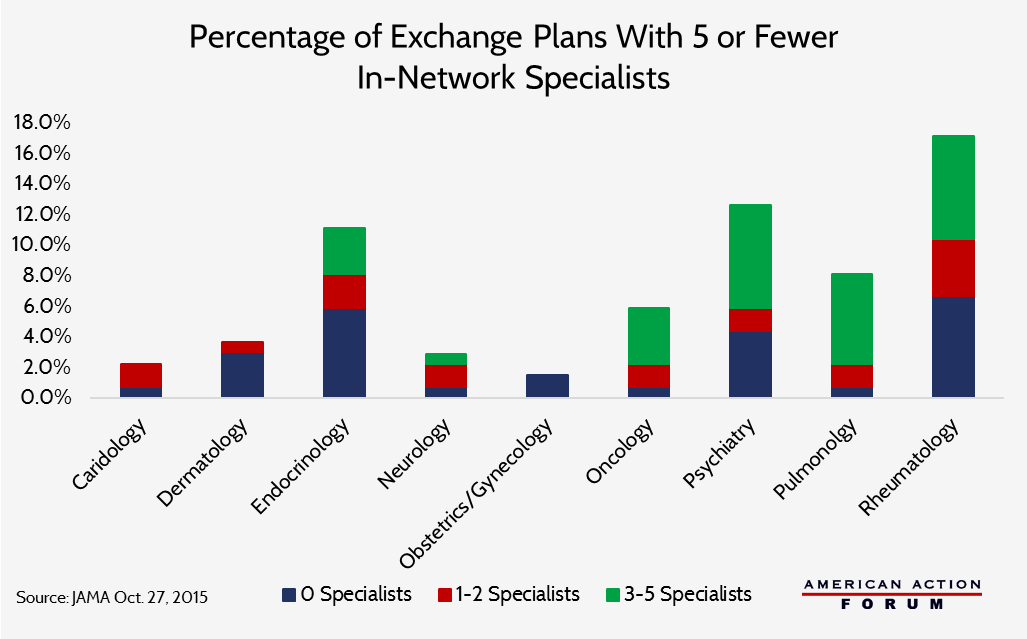 Back in January, before former President Trump left office, the National Institute of Standards and Technology (NIST) issued a proposed rule that would…

This week President Biden rolled out his American Jobs Plan (AJP), following on the heels of his American Rescue Plan (ARP), and in advance of his forthcoming…