Last week, the Biden Administration released an interim final rule aimed at implementing the No Surprises Act—legislation Congress passed last December to end surprise medical bills (SMBs). Throughout the rulemaking process, however, health care providers and health insurers have been battling to protect their interests. While the initial legislation leaned toward the interests of the provider community, the rulemaking is being framed as a win for insurers.

A SMB occurs when an insured patient receives either non-emergency or emergency care at an in-network facility but one or more of the providers who treat the patient is not in the patient’s insurance network, or a patient receives emergency care at an out-of-network (OON) facility. In these instances, providers can bill the patient for the difference between their charged rate and what the insurer agrees to pay (a practice known as balanced billing).

The No Surprises Act, which I summarized here, prohibits balance billing in most circumstances and established a “best offer” dispute resolution process to which providers and insurers can appeal when there is a dispute about an OON payment. It also requires insurers to make an interim payment to the provider prior to the resolution of the dispute but does not specify how payment should be set. In broad terms, the legislation leaned toward providers on matters of controversy, particularly on the matter of median in-network rates. Provider groups generally opposed using median in-network rates as a basis for establishing the interim payment amount or as a benchmark for the dispute resolution process. Providers argued using median in-network rates would allow insurers to drive down reimbursement by limiting their networks. The legislation also veered away from some state solutions—and toward many provider groups’ preferences—by not setting a minimum dollar threshold over which a payment dispute is eligible for arbitration, also a priority for providers. Finally, the legislation set the criteria for the arbiter to choose between the two proposed payments on terms that were favorable to providers. While the median in-network rate is one of the criteria—providers would have preferred it not be considered at all—the legislation also lists a number of criteria favored by providers and is open-ended, allowing both parties to bring any evidence they wish to the arbiter for consideration.

While the legislation appears to favor providers’ interests, many of the details were left up to the Department of Health and Human Services to determine. Unlike the legislative text, the rulemaking seems to favor insurers and is being framed as a win for the industry, particularly on the matter of median in-network rates. Arbiters can consider broad range of factors, yet the interim final rule released last week directs them to generally choose the proposed payment that most closely reflects the median in-network rate. Insurer groups have praised the rule, with AHIP calling it “the right approach” while the Federation of American Hospitals objected that it “put a thumb on the scale benefiting insurers against providers.”

Providers will be able to submit comments on the directive, but their ability to obtain changes is limited because the Biden Administration issued the rule as an interim final rule. That means it will automatically take effect on January 1, 2022. The administration argued that it did not have time to issue a proposed rule followed by a final rule, and meet the statutory deadline of January 2022, and that providers, insurers, and those entities applying to be arbiters also need time to implement the rules.

Given the financial implications for providers and insurers it is likely that the issue of OON payment disputes will continue to be fought out in Congress and at regulatory agencies, but this round appears to have gone to insurers.

During the first three quarters of 2021, venture funding for digital health services exceeded $20 billion for the first time ever and surpassed total funding from all of 2020, according to a new report from seed fund Rock Health. Total digital health funding reached $21.3 billion across 541 deals in the first three quarters of 2021, compared to $14.6 billion across 464 deals in 2020 and $7.9 billion across 396 deals in 2019. The record-breaking funding is largely driven by growing investments in digital mental health tools, which brought in over $3.1 billion in 2021 so far. Following mental health, the other top-funded clinical focus areas, in order of funding through the third quarter of 2021, were cardiovascular disease, diabetes, primary care, oncology, and substance use disorders. The report also notes increases in funding this year for companies and digital solutions that address women’s health disparities and other health inequities. Given the proven benefits and sustained growth of telehealth and telemedicine throughout the COVID-19 pandemic, it is likely that funding for digital health services will continue to grow. 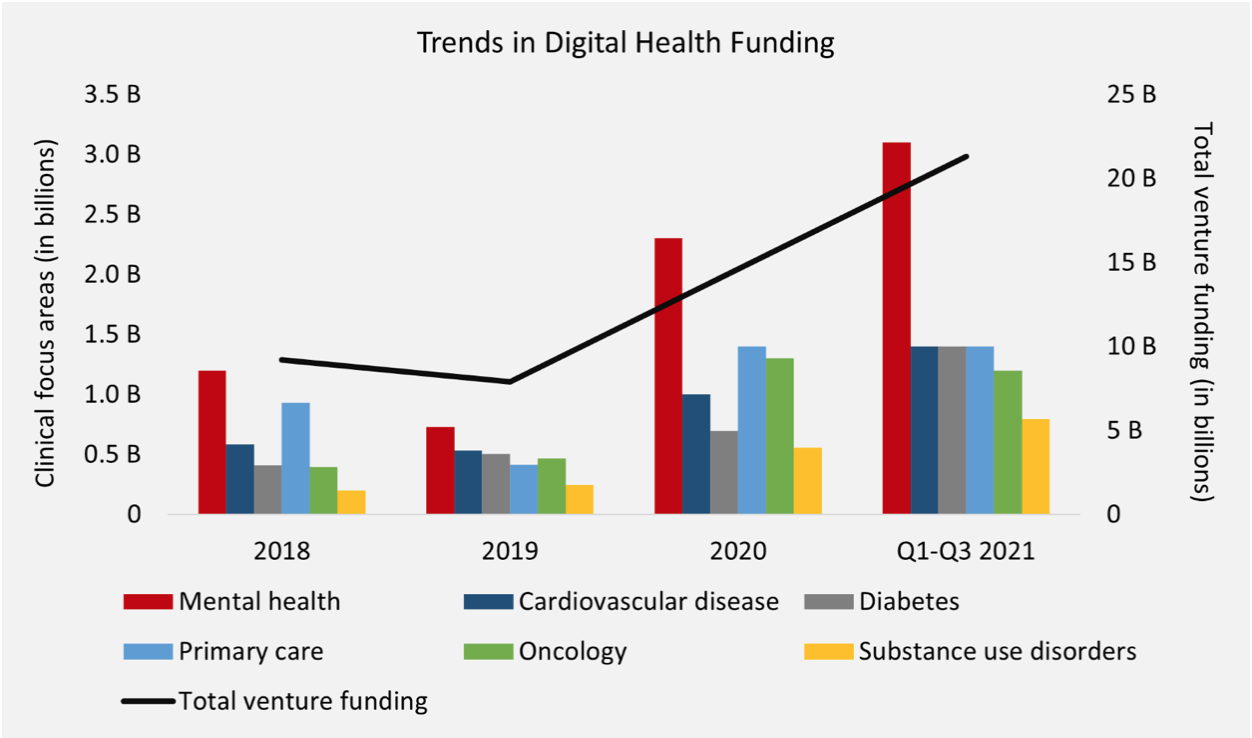 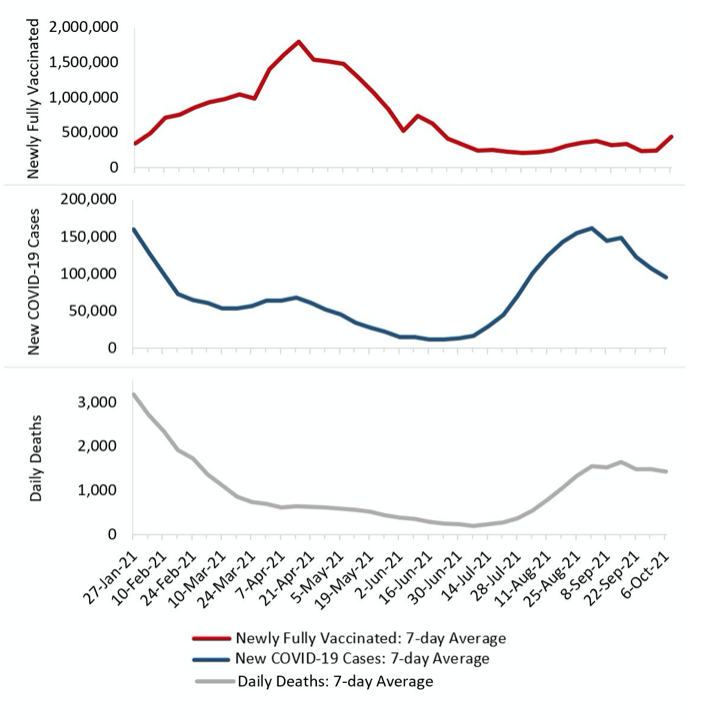 The State of Biden’s Health Agenda After One Year

This week, President Biden celebrated the first anniversary of his inauguration, providing a good opportunity to take stock of his administration’s…