Back in August I wrote about the durability of the employer-sponsored insurance (ESI) system and concluded that although “[e]conomists and policymakers may think they have better answers, […] ESI has staying power, and it would behoove us to better understand the benefits of this system that make it so popular with Americans.” Since then, the march toward passing the Build Back Better Act (BBBA) sucked up all the excess oxygen for policy conversations, but as the BBBA stalls just short of the finish line this week, we’re offered a chance to revisit ESI.

The BBBA would move us away from the ESI system, currently dominant, and toward more centralized government-funded, designed, and managed health coverage. AAF’s Margaret Barnhorst points out in a new primer this week, however, that ESI enrollees are pretty darn happy with what they have. Barnhorst writes that in March 2021,“two-thirds of ESI enrollees were satisfied with their coverage, 76 percent were confident they will be protected in a medical emergency, and 71 percent said their coverage was easy to use and understand. Additionally, 75 percent of respondents said that health insurance was a factor in their decision to accept their current job.” Mind you, this was in the middle of a global pandemic when adequate health coverage was likely of foremost concern. So why do people feel so strongly about their employer-based coverage? Barnhorst points out that, on average, when compared to an ACA Gold plan (the closest comparison in value to ESI), ESI plans have a higher actuarial value, enrollees’ average share of their premium is nearly $500 lower a year for ESI, ESI deductibles are slightly higher than ACA exchange plans, but the average out-of-pocket maximum is nearly $3,500 less a year for ESI. Oh, and ESI costs the taxpayer about 35 percent of what ACA marketplace plans do.

Also writing this week, AEI’s Tom Miller observed that ESI lacks the ridged constraints of a government-planned program, leading to “flexibility, experimentation, and customization,” allowing employers to tailor coverage to their workforce’s needs. Miller also argues that because employers compete for talent in part through their health insurance offerings, executives are much more likely to be responsive to their employees’ relative satisfaction with their health care plans, as opposed to government bureaucrats who are more insulated from discontent. Setting aside employee satisfaction for a moment, Miller also points out in a second piece that there are structural reasons to think twice about eroding ESI. First, he notes that while many on the left desire a more robust redistribution of wealth through government-provided health care, “redistribution only works in limited doses […] someone has to pay more if others get to pay less.” Desirable or not, such redistribution is necessary for any sort of health insurance system to work, but ESI “camouflages” the process. Alternatively, those attacking ESI from the right often argue for more choice, and that employees should be more involved in their health care spending, evaluating quality metrics and price lists to make the most advantageous decision for their physical and financial health. But Miller correctly notes that most workers don’t have the time or desire to aggressively manage their benefits, review outcomes data, or vet providers.

ESI is not the system economists or policymakers would have designed if they were starting from scratch, that much is clear. That doesn’t mean, however, that it should be discarded. ESI has served employers and employees well for decades, and it continues to do so. While there are certainly issues – rising employer costs for one – government efforts to provide alternatives have left little reason for confidence. Unwinding the ESI system would be messy, and there is no reason to expect that what would replace it would be better.

Despite steadily growing costs in the employer-sponsored insurance (ESI) market over time, employers have not increased employee cost-sharing. As seen in the chart below, average annual premiums for individual coverage have more than tripled since 1999, while employee contributions have remained relatively stable over the last two decades; since 2011, the average employee contribution for individual coverage has stayed between 17 to 18 percent of the total premium, with employers covering the remaining amount. In 2021, employees paid an average premium of $1,299 for individual coverage, or 17 percent of the total average premium of $7,739. The relative stability in cost-sharing over the last two decades may be due in part to the competitive labor market in which employers seek to attract and retain employees by offering more generous benefits.

It is worth noting, however, that while the chart below displays average data for the entire ESI market, employee contributions often vary among small and large employers: Covered employees at small employers are more likely than those at large employers to have no premium for single coverage (29 percent versus 5 percent). I explore these and other similar trends in my recent primer, along with variations in health care access, coverage, costs, and quality across diverse employer plans. 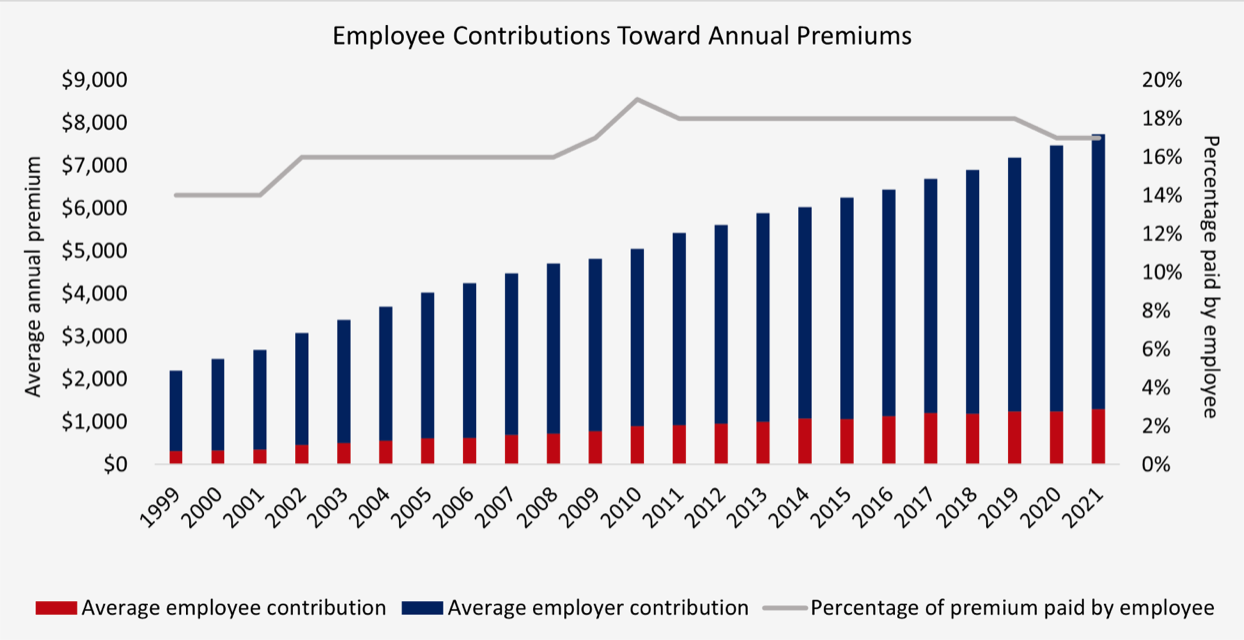 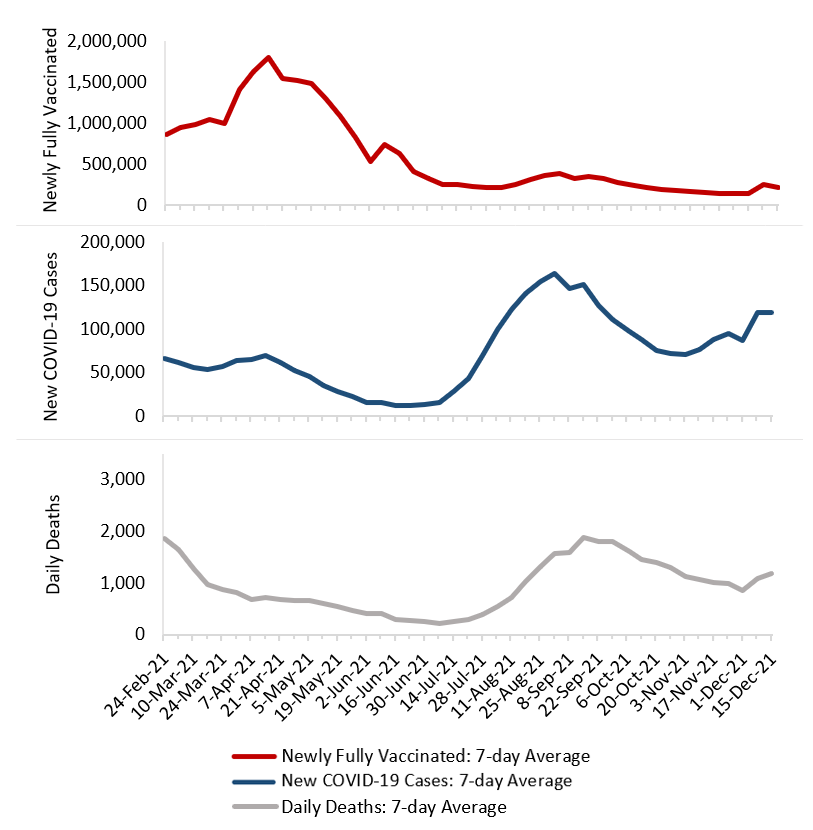