Take this with a grain of salt, but next week the House of Representatives could vote on President Biden’s 2,000 page, $1.75-$2 trillion—no one seems sure—Build Back Better Act (BBBA). Included in the current BBBA is a series of last-minute drug policy additions that collectively risk seriously undermining pharmaceutical innovation, patient access to therapies, and ironically, the private market’s access to lower-cost generics.

Under the BBBA, beginning in 2025 the Secretary of Health and Human Services could negotiate the prices of up to 10 “negotiation-eligible drugs.” That figure will increase to 20 drugs annually by 2028. A negotiation-eligible drug is a small-molecule drug or biologic that has had at least 7 years or 11 years of exclusivity respectively (these numbers have changed several times in recent days) that is among the 50 single-source drugs with the highest total expenditures in Part B or Part D. The proposal would set a ceiling for the negotiation of between 40 percent and 75 percent of the non-federal average manufacturer price, scaling down depending on how far the drug is past its initial exclusivity period. Of note,however, and a significant change from even Speaker Pelosi’s fundamentally flawed H.R. 3 proposal, there is no floor for the negotiation below which the government cannot demand further price concession. Paired with a new 95 percent excise tax that can be applied on sales of a drug if the manufacture doesn’t accept the Secretary’s “negotiated” price, it’s really a “heads the government wins, tails the manufacturer loses” government price-setting proposition.

The package includes other recycled drug-pricing policies—including both inflation penalties and arbitrary limits on patient insulin cost—but broadly, the BBBA seeks to constrain the cost of prescription drugs to lower costs for patients and reduce federal spending—but without reducing access to treatments for patients. This is a circle that simply can’t be squared. The BBBA diverges from Democrats’ past drug-pricing proposals in several ways, but despite the framing of these change as compromises, in many cases they have exacerbated the problems of past proposals. For example, beyond traditional concerns about impacts on future innovation, by allowing the government to dictate prices for small-molecule drugs with more than 7 years of exclusivity and biologics with more than 11 years of exclusivity, the legislation undermines many of the incentives that have led to broader application of existing therapies to additional indications. Manufacturers will be disinclined to expend the resources necessary to obtain approval for new indications for existing drugs that the government has set the price for, particularly for small patient populations where there is no chance to make up the costs of the approval process through volume.

Additionally, the legislation could have a detrimental impact on biosimilar and generic development. Companies considering launching a generic or biosimilar product may not be able to undercut the government-set price of the reference product enough to obtain market share sufficient to offset their costs. This could also have negative impacts on the private insurance market where plans will not be paying the lower Medicare price and will have fewer generic and biosimilar options to drive down prices over time. Eventually this will almost certainly lead to calls from progressives to apply the government-negotiated prices to both the private market and government payers, raising all the very real concerns about future innovation you’re already familiar with.

It’s hard to know exactly how all the various drug policies in the BBBA will interact and impact innovation, costs, and patient access, but to paraphrase Dr. Ian Malcolm in “Jurassic Park” Democrats are so preoccupied withwhether or not they can assert total government control over drug prices, they haven’t stopped to considerwhether or not they should.

The BBBA undertakes a significant redesign of the Medicare Part D program, beginning in 2024, aimed at realigning incentives to constrain drug prices and to limit beneficiaries’ out-of-pocket (OOP) costs, similar to a proposal previously put forward by the American Action Forum. Under the BBBA, brand-name and biosimilar drug manufacturers would become liable for 10 percent of costs in the initial coverage phase and 20 percent in the catastrophic phase. Government reinsurance would fall to 20 percent for such drugs and to 40 percent for generic drugs. Insurer liability in the catastrophic phase would increase to 60 percent for all drugs. The catastrophic phase would begin at $2,000 in OOP costs, capping beneficiary costs at that point. 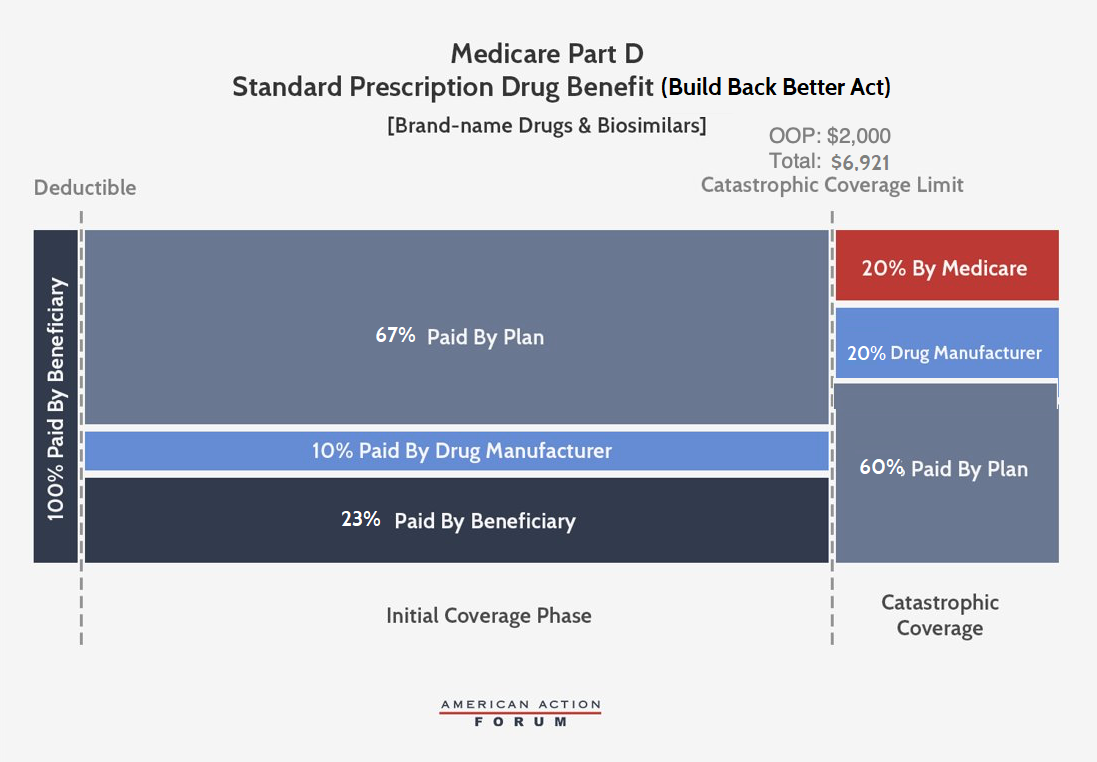 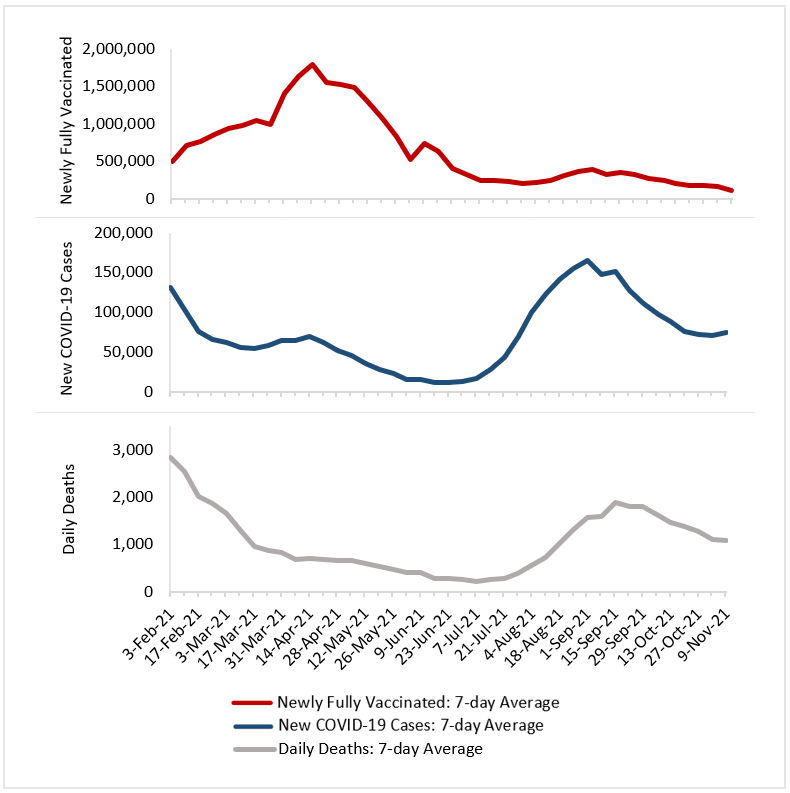