Entering the 2021 plan year, the insurance market continues to see increasing and unpredictable costs, large numbers of uninsured individuals, and inadequate access to care. The Center for Health and Economy (H&E) is dedicated to assessing the impact of proposed reforms that attempt to address these issues. The following report details the most recent updates to the H&E baseline estimates of insurance coverage, federal budgetary impact, plan choice, and the premium landscape of health insurance for Americans under the age of 65.

H&E estimates there were 247 million non-elderly U.S. residents with health insurance in 2021—90 percent of the total non-elderly population. Estimates of health insurance coverage encompass four primary categories: the individual market, employer-sponsored insurance, Medicaid, and other public insurance. The individual market is divided into two subsets: subsidized and unsubsidized coverage. Subsidized coverage is purchased through the Health Insurance Marketplace, and unsubsidized coverage is comprised of similar insurance plans purchased either directly from the insurer (represented in Other Non-Group Insurance) or through the Marketplace without financial assistance. H&E makes no distinction between unsubsidized enrollees through the Marketplace and households that purchase individual market insurance directly from an insurer. Estimates concerning Medicaid also include beneficiaries of the Children’s Health Insurance Program. Other public insurance is primarily comprised of Medicare coverage for disabled persons, but also includes Tricare, the Indian Health Service, and other federal health care programs for specific populations. The enrollment for the Health Insurance Marketplace in 2021 is partially calibrated to the effectuated enrollment reported by the Centers for Medicare and Medicaid Service for the first half of 2021. In 2021, we estimate there are 28 million uninsured. This is approximately 1 million fewer than our earlier estimates due to the impact of the COVID-19 relief bill signed into law earlier this year with enhance subsidies in 2021 and 2022. By 2023, the number of uninsured, non-elderly Americans is projected to increase to 30 million—11 percent of the total non-elderly population. The decrease in insured Americans is primarily the result of 2023 premium increases in the individual market. The average population of non-elderly Medicaid beneficiaries is estimated to be 68 million in 2021and will rise to 70 million by 2030.[1] These estimates are subject to the uncertainty of each state’s decision regarding Medicaid expansion.

H&E does not make any assumptions about future state take-up of the Medicaid expansion due to the many variables involved in projecting the magnitude of the effects of potential future expansions. Because of this, the Medicaid enrollment and spending reflected in this baseline only reflect the projected costs and enrollment of the Medicaid program if it were to remain as it currently is.

As seen in Table 1, the number of individuals with unsubsidized, individual-market insurance is expected to decrease. Unsubsidized enrollment will continue to slide throughout the budget window from 5 million in 2021 to 4 million enrolled in 2027. Rising costs and higher income contributions for subsidized enrollees are estimated to lead to higher uninsured numbers later in the analysis period.

Estimates of the subsidy-eligible premiums available in the Marketplace are calculated using publicly available data on plans offered in the 36 Federally Facilitated Marketplaces. Premium estimates for unsubsidized health insurance are calculated from a sample of plans available through the Robert Wood Johnson Foundation.[2] In both cases, H&E uses the default age rating curve put forth by the Department of Health and Human Services and by individual states to impute the applicable premium for a household. For simplification and comparability, H&E uses a standard family size of four (two adults and two children) when estimating family premiums. Subsidy payments and tax revenue are adjusted for the appropriate average family size in budget impact estimates.

Eligible households may purchase subsidized coverage for a specified percentage of household income that ranges from 2.01 to 9.56 percent in 2023 to 2031, depending on income. For 2021 and 2022, the range is from zero to 8.5 percent depending on income and continues through all income levels above 136 percent.[3] A federal subsidy pays the remaining portion of the premium that is not covered by the household’s specified income contribution. This specified income contribution is also subject to annual increases if the annual increase in health insurance costs exceeds a measure of household income growth.

Unsubsidized insurance plans, purchased in the Marketplace or directly from an insurer, are similar in design and price to those eligible for subsidies. The Affordable Care Act (ACA) requires that all health insurance plans meet certain requirements to certify as qualified coverage.

H&E assumes an underlying health insurance cost growth of 5 percent throughout the rest of the 10-year window as premiums increases were above 5 percent in 2014 and 2015 and are projected to increase at similar levels moving forward.[4] Actual year-over-year premium growth estimates vary as a result of changes in the enrollment mix and other factors. After 2018, premiums in the individual market are projected to grow annually at rates closer to the underlying growth rate of 5 percent. Due to growing applicable income contribution rates, subsidized premium growth for some plan designs is expected to exceed the underlying health insurance growth rate.

H&E uses the subsidized and unsubsidized Marketplace enrollment in each metal level after the first year to calibrate plan preferences in the individual market and estimate plan choices throughout the 10-year analysis window.

H&E estimates that the large enrollment in Silver plans in 2021 among subsidized insurance plans will give way to higher enrollment in Bronze plans as premiums rise and consumers with less generous subsidy amounts adjust to higher premiums. The large majority of Silver plan enrollment is estimated to be largely comprised of households eligible for extra cost-sharing benefits. As the market grows to include more households that are eligible for premium credits, the distribution of subsidized enrollment among the four metal levels is expected to become less evenly distributed later in the budget window.

Beyond 2021, lower-cost insurance plans are estimated to gain market share, shifting away from more generous plans in response to the steadily rising cost of health insurance. Throughout the budget window, Silver plan enrollment is expected to dominate the marketplace as cost-sharing benefits are only available for Silver plans in the Health Insurance Marketplace. As time passes and premiums rise, however, enrollment in Bronze plans is expected to increase.

Medicaid coverage and expenditure estimates are calculated based on the number of states that had chosen to implement Medicaid expansion by January 1, 2021. These predictions are sensitive to future state-level decisions on expansion as well as new program waivers that alter the design of a state’s Medicaid program.

Over the decade spanning between 2021 and 2031, H&E estimates that non-elderly coverage provisions under current law will cost $6.68 trillion. The ACA introduced a number of taxes that are not directly related to the health insurance coverage of the non-elderly population and are therefore not included in this report. In 2012, the Congressional Budget Office estimated non-coverage provisions of the ACA would reduce the deficit by $1.28 trillion by 2014.[7]

The Medical Productivity Index (MPI) is designed to reflect the expected gains in health status in return for medical expenditures. Plan designs that encourage patients to consider the price of treatment when making health care decisions, such as high-deductible plans, are ascribed high MPI scores and vice versa. The index ranges from a low of 1.0 to a high of 4.0.

The Provider Access Index (PAI) is designed to reflect the availability of primary and specialty physicians and facilities. Plans with large networks, such as Platinum plans offered in the individual market, are ascribed high scores for providing exceptional access. Bronze and other low-cost plans that afford access only to limited networks are ascribed low PAI scores. The index ranges from a low of 1.0 to a high of 5.0.4

As an organization, H&E is constantly reevaluating the assumptions and technical methods that are used to create baseline and proposed estimates of health insurance coverage provisions under current law. This publication is the seventh comprehensive baseline report, and the fifth to include detailed estimates on the net budgetary impact of the ACA and Medicaid for individuals under 65.

For this baseline, H&E updated the under-65 microsimulation model. Just like the model used in previous estimates, the new under-65 model employs micro-data available through the Medical Expenditure Panel Survey to analyze the effects of health policies on the health insurance plan choices of the under-65 population and interpret the resulting impact on national coverage, average insurance premiums, the federal budget, and the accessibility and efficiency of health care. The updated model uses recent integrated private health insurance choice data that allow H&E to make improved predictions regarding the individual marketplace.

The Center for Health and Economy uses a peer-reviewed micro-simulation model of the health insurance market to analyze various aspects of the health care system. And as with all economic forecasting, H&E estimates are associated with substantial uncertainty. While the estimates provide good indication of the nation’s health care outlook, there are a wide range of possible scenarios that can result from policy changes, and current assumptions are unlikely to remain accurate over the course of the next 10 years.

Aside from the potential policy changes, premium increases in the individual market are a substantial area of uncertainty in this report. In May 2021 it was reported by the Centers for Medicare and Medicaid Services that new enrollment during the Special Enrollment Period combined with additional subsidies for the Marketplace in 2021 and 2022 plan years yielded nearly 1 million new enrollees.[8] The estimates here reflect this impact as well, but it is important to note that the estimates are net enrollment for an annual period as opposed to a quarterly report of new plan enrollment. Premiums could also decrease if Congress were to appropriate funds required by law to assist insurers beyond plan year 2022 with the burden of offering plans with increased cost-sharing assistance.

[3] The Biden Administration has expressed its intent to make these subsidy changes permanent which, if it were to occur, would necessarily require revision of these estimates.

[5] The CBO estimates that the tax exclusion for employer sponsored insurance will cost $3.4 trillion over 10 years. See Distribution of Major Tax Expenditures in the Individual Income Tax System, Congressional Budget Office, May 2013, at: http://www.cbo.gov/sites/default/files/cbofiles/attachments/43768_DistributionTaxExpenditures.pdf 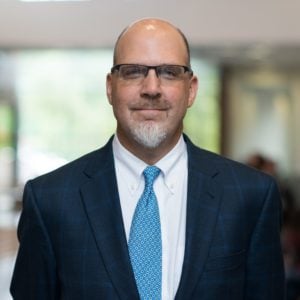