A Tale of Two Scorekeepers: the President’s Budget, CBO, and OMB

Today, the Congressional Budget Office (CBO) released its analysis of the President’s Budget for FY2015. This is an annual ritual whereby the CBO holds up the president’s policy proposals against the same yardstick that it measures legislation and other proposals that work their way through Congress. Critical differences typically emerge, and this year is no different. 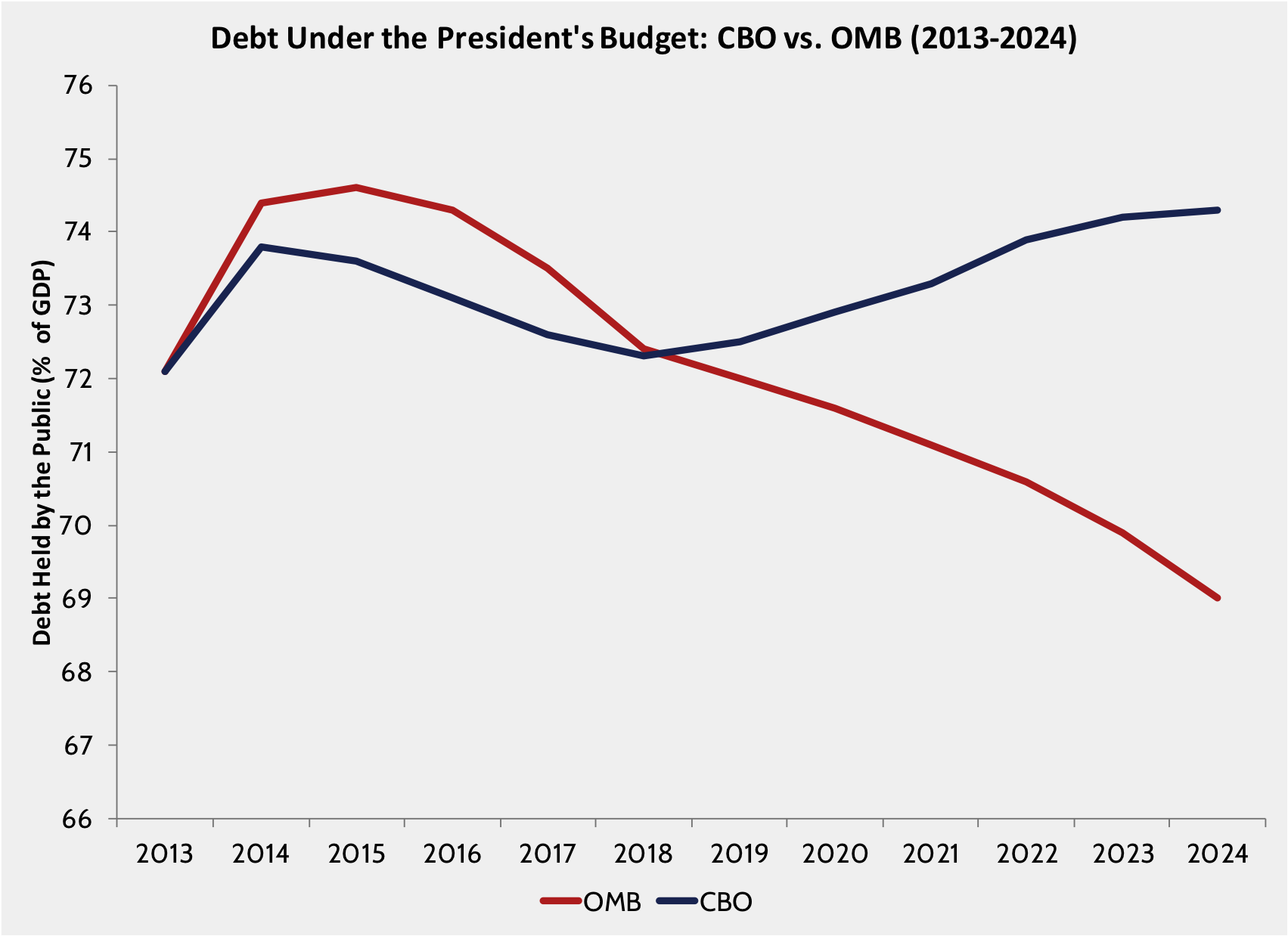 The most striking contrast between the administration’s Office of Management and Budget’s (OMB) own estimate and that of the CBO is where the two estimates end up in terms of the debt by the end of the 10 year budget window: about 5 percentage points of GDP apart. This is revealing because a lot underpins that calculation: the overall economy, taxes, spending, and deficits. The OMB essentially gets to pick its own economic assumptions and layer on top its own starting point in terms of taxes, spending, and projected deficits, which it calls its “adjusted baseline.”  The CBO also constructs its own baseline, which it uses to measure the budgetary effects of proposals in Congress and the President’s Budget. A quick comparison of the two baseline’s show the “starting points” for the CBO and OMB were a bit different. 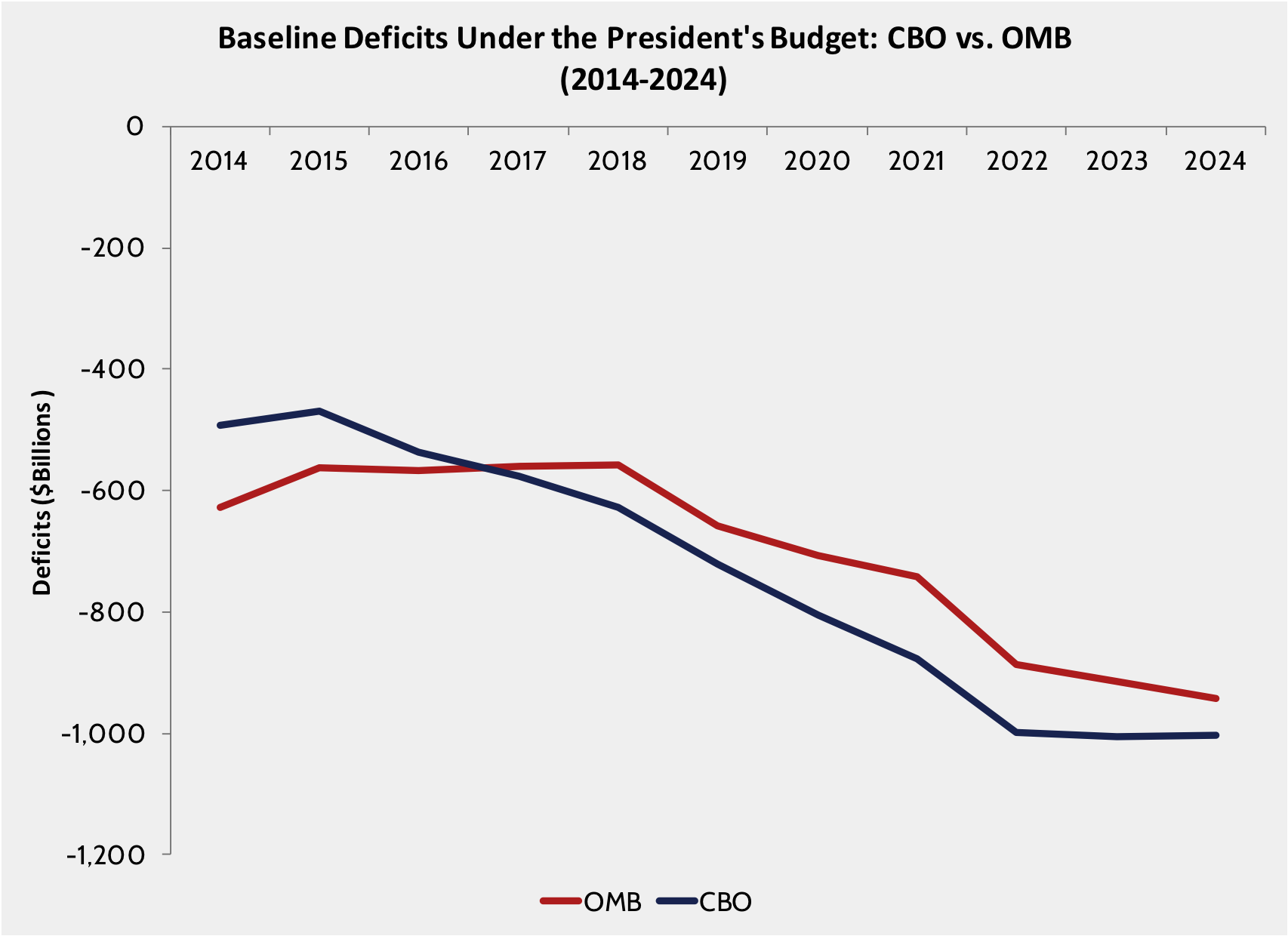 The differences between the two starting points are not vast, but not insignificant either. The cumulative difference is about $521 billion over 2015-2024. In short, OMB starts out about half a trillion dollars ahead of CBO.

Figure 3: Sources of Differences between OMB and CBO Estimates