• Reaffirmed a continuing federal role in surface transportation, but continued a growing dependence on general funds and generally flat funding through the life of the law;

• Did not advance the challenge of accountable and performance-based federal transportation programs that invest scarce federal resources in the most beneficial projects;

• Advanced multi-modalism in surface transportation by including for the first time a title on intercity passenger rail; and

While the passage of FAST Act is to be applauded for many reasons, major challenges to the nation’s transportation infrastructure remain unaddressed.

In early December 2015 Congress passed, and the President signed, a five-year surface transportation reauthorization bill, “Fixing America’s Surface Transportation Act” or FAST Act.  This was the first time in ten years that Congress had been able to enact such a multi-year bill.  Although the enactment of multi-year surface transportation bills by large bipartisan majorities had been almost automatic for a half-century, this achievement, in an otherwise deeply divided and partisan Congress and political environment, was notable.

In passing a five-year bill, Congress provided some greater degree of certainty to the state transportation departments, transit agencies, and other state and local grantees, which still receive significant assistance from the federal government for their transportation capital programs.  The over $60 billion a year from both the Highway Trust Fund (HTF) and general funds insures that the surface transportation program remains one of the largest in the federal domestic budget, and for many states and transit agencies these grants still represent very significant portions of their own capital programs.  So, the continuity and certainty of federal funding, established by FAST Act, will be important to these grantees and will allow them to continue with their own investment programs.

Finally, and perhaps most important, leading members of both Houses were determined to stop the pattern of repeated, short-term extensions of surface transportation programs and continual transfers of general funds to HTF (or “patches”) that had occurred over the last seven or eight years.  While a caucus of members in the House of Representatives generally prefer devolution of the federal transportation programs to the States and the elimination of the federal gasoline tax, FAST Act still passed in the House by 359 to 65.  In the Senate objections were raised about the “pay-fors,” on which the transfer of about $70 billion of general funds to HTF was based.  Without those pay-fors, program levels for the highway and transit programs could not have been maintained.

While FAST Act seemed to break a pattern of Congressional stalemate on major domestic grant programs and provided the certainty in funding that was welcomed by transportation stakeholders and state and local grantees, in other regards, the bill continued many significant transportation trends that had characterized national transportation policy for many years.  The bill was a combination of good and bad and a mixture of continuing policy trends and some new features.

First, FAST Act re-affirmed that the federal government will continue to play a significant role in surface transportation investments, despite the discomfort of many conservatives in both Houses.  Spending on highways and transit programs has strong support not only from Democrats in both Houses, but a substantial majority of the Republican caucuses.  Indeed, many argue that the federal government has a defined role in transportation funding, as prescribed in the Constitution.

Second, while FAST Act reaffirmed the national interest in surface transportation, these are not the “salad days” of the last half of the 20th century, when federal funding increased dramatically with each new surface transportation reauthorization bill (growing by 30 to 35 percent, for example, with the acts of 1991 and 1997).

While there is a slight bump in federal funding for highways and transit in the first year of FAST Act, funding under this statute will remain essentially flat or stagnant throughout its five-year life (except for modest inflation adjustments in the later years).  Since investment needs and total spending on transportation at all levels of government keep growing, the federal share or proportion of the total investment pie will keep shrinking.

Thus, the relative federal role, while re-affirmed, continues to shrink proportionately, while those of states and localities continue to grow. Public funds at all levels are increasingly used to leverage private investment in public transportation infrastructure.

Third, the slight increases and the continuity of federal funding that were important features of FAST Act were dependent upon the transfer of abut $70 billion of general funds to HTF, thus continuing a pattern that has been established over the past decade.  The reliance on these transfers or “patches,” in order to assure HTF’s viability and to maintain current levels of federal spending for highways and transit means that Congress has failed, again, to develop sustainable revenue streams to support federal surface transportation programs.

While the enactment of FAST Act may delay the time that another “patch” or general fund transfer to HTF will be necessary, Congress will still have to face in the future the need to identify the “pay-fors” to enable such transfers and to justify their appropriateness.  This is hardly a recipe for assuring the adequacy of federal transportation funding or for sustaining the federal role in surface transportation over the long term.

Fourth, for all the continuing debate about whether funding for, and investment in, transportation facilities should be user-based, Congress has effectively decided that HTF should be a mixed fund,that is supported by both user fees and general taxpayer funds.  Already, over 25 percent of HTF will derive from transfers from the general fund; when surface transportation programs that are entirely funded with general funds are included, the proportion of general funds grows to over 30 percent.

With HTF increasingly dependent upon general funds, all states now receive more in federal aid than they contribute in federal transportation-related user charges, and the battle over relative allocations of grants between states seems less central to the consideration of federal surface transportation legislation.

The reality of a mixed fund for surface transportation should, also, minimize the battle between modes for funds. If general taxpayers are funding such a significant portion of federal transportation grants then certainly a stronger argument can be made that the funds should be used across modes and for broader intermodal and multi-modal solutions to mobility and accessibility problems.

Fifth, FAST Act made no real progress in introducing performance measures and real accountability in the federal surface transportation programs, which remain at the important, initial, steps, enacted in the Moving Ahead for Progress in the 21st Century Act (MAP-21).  For now, the articulation of performance metrics will have to rely on the regulatory and guidance processes of the Federal Highway Administration (FHWA) and the Federal Transit Administration (FTA).  Nor did FAST Act introduce any significant reforms in the deeply fragmented, often politicized, and frequently ineffective transportation planning and capital programming processes of metropolitan and state agencies.

Until such planning and programming reforms and requirements for performance that carry consequences are enacted at the federal level there are few assurances that the investment decisions made at the state and local levels will reflect national purposes, strategic goals, and the most benefits (economic, social, and environmental).  At a time of scarce resources, there should be a premium on “wise” investment decisions.  While FAST Act did not reverse provisions on performance and accountability contained in MAP-21, it did little to advance them.

Sixth, FAST Act did, however, advance the cause of multi-modalism in surface transportation.  For the first time a surface transportation authorization bill contained a title on intercity passenger rail (although Amtrak and other passenger rail programs will continue to be funded strictly from general funds, rather than from HTF, and through regular annual appropriation processes).

Like the highway, transit, and highway safety programs in FAST Act, passenger rail programs are authorized for five years, and FAST Act directed that net income from Amtrak’s Northeast Corridor (NEC) operations are to be used to invest in NEC capital improvements, rather than to subsidize money-losing long-distance trains (although, under the Fiscal Year 2016 Omnibus Appropriations bill, the effect of this provision will be delayed, in order to give Amtrak and the Federal Railroad Administration the opportunity to implement the new accounting structure).

Finally, a positive feature of FAST Act was its advancing national policy on freight and goods movement.  For the last 15 or 20 years there has been a growing awareness at the federal level that there are clear national interests and purposes, in addressing bottlenecks in the national freight network and in enhancing intermodal movements of goods.

In 2005 Congress had established a grant program for projects of national and regional significance in the surface transportation re-authorization legislation adopted that year.  The program was intended to be largely directed to freight projects, but was fully earmarked by Congress.

In the 2009 economic recovery legislation Congress established the Transportation Investment Generating Economic Recovery (TIGER) program, a multi-modal competitive grant program for state and local projects, designed to have significant economic impacts.  Administered by the U.S. Department of Transportation, the TIGER program has been extended repeatedly by Congress in annual appropriations measures.   Over its six-year life, TIGER has been the source of funding for several freight projects.

Building on these earlier freight initiatives, Congress included in FAST Act a discretionary freight projects program of $4.5 billion over the five-year life of the bill for so-called “nationally significant freight and highway projects.”  With its emphasis on highway bottlenecks, this program does not meet all of the needs of a nationally significant freight program, but it is an important step, as is the five-year $6.2 billion formula program for states to carry out freight projects.

These can be important initiatives, if these programs are actually used to improve the national and regional mobility of freight shipments and the accessibility of major market for freight movements and deliveries.

In its re-affirmation of a continuing federal role in surface transportation, FAST Act is an important statute.  However, this legislation continues a trend toward a growing dependence on general funds for these programs and stagnation in the general level of federal funding for surface transportation.  The inevitable result is a growing burden on states and localities to address the needs of an aging, deteriorating, and often-congested national surface transportation network.

FAST Act also fails, as did its most recent predecessors, to address the issue of establishing sustainable revenue streams to support the federal role in transportation.  Moreover, the challenge remains to assure accountable and performance-based federal transportation programs, in order to increase the probability that scarce federal resources will be invested in the most beneficial projects. 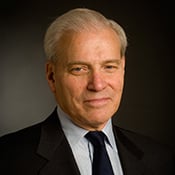