This week President Biden rolled out his American Jobs Plan (AJP), following on the heels of his American Rescue Plan (ARP), and in advance of his forthcoming American Families Plan (AFP). Biden’s plan for American health care will be most fully tackled in the yet to be unveiled AFP. But the AJP released this week does allocate $400 billion for health care, specifically for Home and Community-Based Services (HCBS). What are HCBS, and what exactly is Biden proposing? Let’s discuss.

HCBS are one component of the nation’s drastically underfunded long-term care (LTC) system, and while $400 billion is a significant increase in funding for HCBS—which cost Medicaid $92 billion in 2018—it’s well below the total combined annual cost of paid and unpaid LTC. AAF’s Tara O’Neill Hayes and coauthor Sara Kurtovic estimated last year that the total cost of LTC in 2018 was between $758 billion and $1.4 trillion. The bulk of that care, however, was provided by uncompensated family members. Only around $295 billion of that total was paid care.

Under federal law, states can receive waivers to develop programs that provide Medicaid beneficiaries LTC in either their home or a community-based setting rather than being institutionalized in a LTC facility. These HCBS waivers give states flexibility in determining financial eligibility, capping total enrollment, and the services offered. According to Hayes and Kurtovic, roughly 4.3 million people received care through an HCBS waiver program in 2018, while 707,000 individuals were on state waiting lists in 2017.

Biden’s proposal can be generously described as vague on how exactly the $400 billion will be infused into the HCBS waiver program. Summary documents specifically name check the Money Follows the Person demonstration program, which provides grants to states to transition people from LTC facilities into their own homes. Biden says only that he will extend the program, which is a block grant funded at $425 million annually. Congress extended funding for the block grant in December for three years, so Biden may be proposing to make the program permanent, which–unless he intends to also increase the amount of funding provided annually—would cost $4.25 billion over 10 years, leaving only $395.75 billion unaccounted for.

The White House summary of the proposal mostly focuses on HCBS workers, who the White House says are underpaid and predominantly women of color. The summary states that “the HCBS expansion under Medicaid can support well-paying caregiving jobs that include benefits and the ability to collectively bargain, building state infrastructure to improve the quality of services and to support workers. This will improve wages and quality of life for essential home health workers and yield significant economic benefits for low-income communities and communities of color” (emphasis added).

Again, the plan provides no details on how the new spending will increase workers’ salaries or enhance collective bargaining opportunities, only saying that it can. Biden could intend to mandate specific salary and benefit levels for home health providers as a condition of participation in the Medicaid program, though mandating unionization seems legally fraught. If Biden doesn’t intend to be quite so heavy handed, he could simply be banking on the economic theory that increasing reimbursement will cause revenue-flush home health companies to increase worker compensation, similar to the way that lowering corporate taxes leads to increased employee compensation and job creation.

Home Health Use by Medicare Beneficiaries 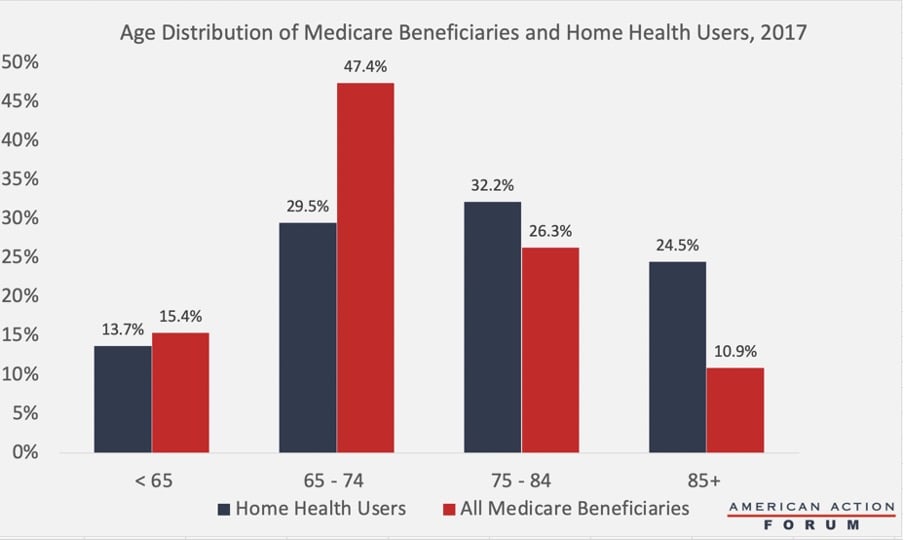 The Hill: Will vaccine passports be biggest campaign issue of 2022?

Kaiser Health News: Backed by Millions in Public and Private Cash, Rapid Covid Tests Are Coming to Stores Near You