This week marks the 12th anniversary of President Obama signing the Affordable Care Act (ACA), and the Biden Administration is striving to take a victory lap, touting record enrollment (14.5 million signups during open enrollment), lower premium costs for enrollees, and a dip in the total number of uninsured Americans. But while ACA enrollment and premiums have been stabilizing going back to the start of the Trump Administration, the spike in enrollment and drop in enrollee costs Biden is currently touting are likely to be temporary.

To be honest, celebrating the 12th anniversary of a federal law is not typical behavior for an administration. I don’t even remember what my wife and I did for our 12th anniversary. As I wrote a few weeks back, however, the Biden Administration doesn’t have a lot of health care accomplishments to highlight, so it’s making do with what it’s got. To provide a bit of context for this anniversary, let’s look back on the history of the ACA’s health insurance exchanges.

From the first ACA open enrollment period in fall 2013 through the 2017 plan year, the Obama Administration presided over an increase in individual market premiums on the order of 80–90 percent. Once Trump took office in 2017, benchmark premiums for 2018 jumped another 36 percent—largely as a result of the administration’s decision to stop cost-sharing reduction payments to insurers. After 2018, however, premiums stabilized and then began to decrease. Enrollment on the other hand has exhibited more stability over time than premiums. Discounting the first year of ACA coverage—which was at least partly derailed by technical issues—annual enrollment from 2015 through 2021 averaged 11.9 million. During the Trump Administration, enrollment totaled 11.8 million in 2018, 11.4 million in 2019, 11.4 million in 2020, and 12 million in 2021. In other words, Biden inherited an ACA marketplace that had weathered a fair amount of premium volatility early on, and was by then exhibiting gradually decreasing premiums and stable enrollment just below 12 million individuals per year.

While premiums under Biden have continued their slow downward trajectory, dropping 3 percent on average nationwide for a benchmark Silver plan, enrollment has spiked considerably to an all-time high. But even the Biden Administration acknowledges this uptick in enrollment is the result of the American Rescue Plan (ARP), which increased the size of the premium tax credits, extended their availability up the income ladder, and ensured that many enrollees have zero-dollar premiums with minimal cost sharing thanks to the magnanimity of Uncle Sam.

Biden’s statement celebrating the 12-year anniversary of the ACA highlighted the record enrollment numbers—and misstated the affordability gains—but he neglected to mention that the enhanced premium tax credit subsidies, to which much of the increased enrollment have been attributed, are set to expire at the end of this year. The ARP only provided enhanced subsidies through the 2022 plan year, which means consumers will face increasing costs when they enroll for 2023 coverage this fall. But the Biden Administration does have a plan, which Centers for Medicare and Medicaid Administrator Chiquita Brooks-LaSure shared with reporters this week: “We’re confident that Congress is going to address these critical needs for the American people.” Misplaced optimism aside, the Biden Administration has proved one thing: More people will sign up for something if you give it to them for free than if you charge them.

Last week, the Centers for Disease Control and Prevention published data on reported cases of end-stage kidney disease (ESKD) in the United States. Overall, from 2000-2019, the number of new ESKD cases per year increased 41.8 percent and the number of total prevalent cases more than doubled with a 118.7 percent increase. Prevalent ESKD cases increased within each race and ethnicity from 2000-2019, but the increases among Asians (249.6 percent), Native Hawaiians or other Pacific Islanders (240.6 percent), and Hispanics (234.6 percent) were significantly higher than increases among Whites, Blacks, and American Indians or Alaska Natives, as shown in the chart below. Though diabetes and hypertension are the main causes of ESKD, there has been significant research into other contributing factors in the progression of diabetes to chronic kidney diseases, such as racial and ethnic differences, environmental and genetic factors, and affordability of health services. 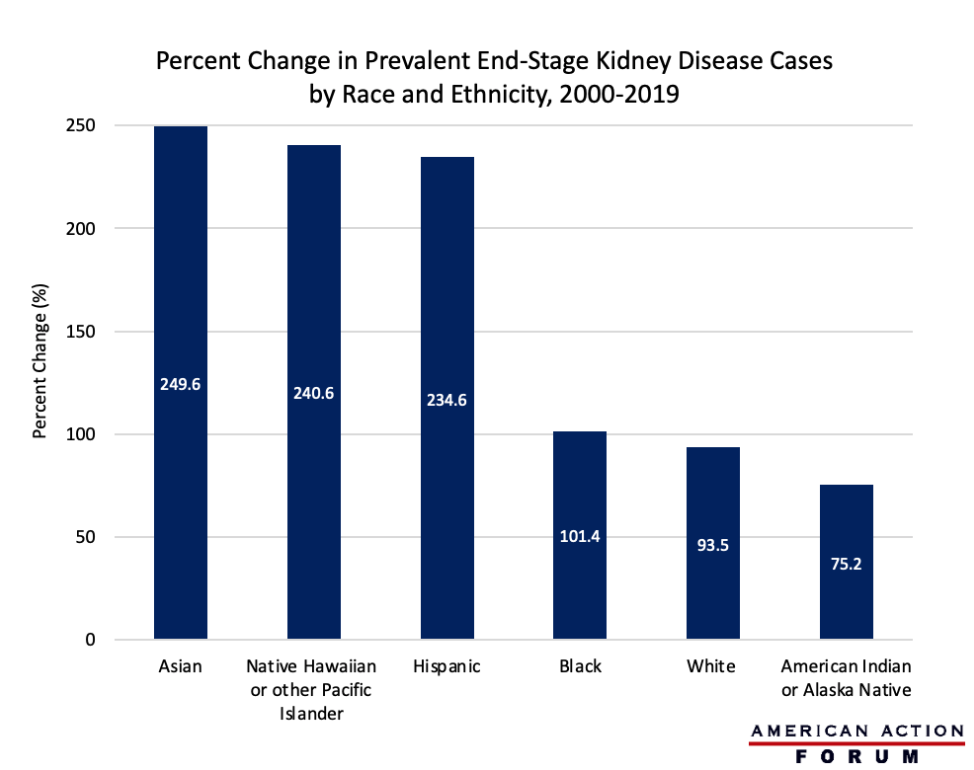 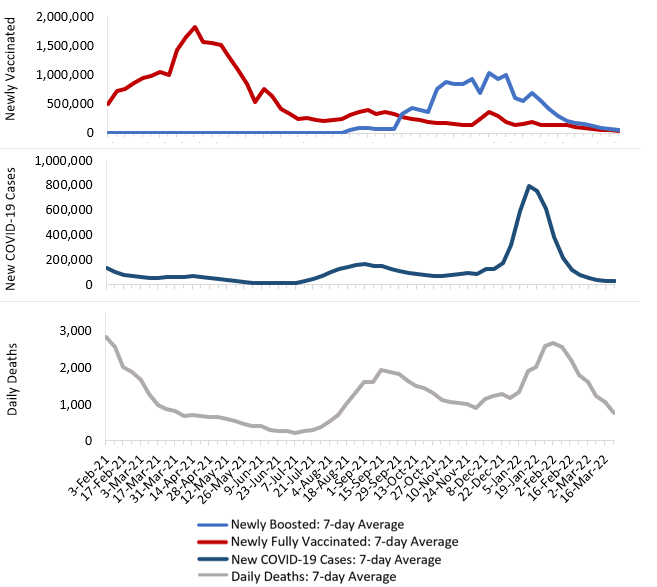